Standing together, standing up against hate

My sweet 9 year old son, Adam, brought me to tears last week. He overheard the conversation my husband and I were having about the horrible cartoon in USA Today, depicting Muslims as Nazis. He came up to me and said, “Mama, don’t worry. If anyone asks if I am a Muslim, I will lie and tell them I am not. I will tell them I am American.”

My stomach began to ache as I held back tears. My husband’s face became pale. Even after I explained to him that he can be both; that he is an American and a Muslim, or whatever faith he chooses, I could see the fear in his eyes. I not only cried because of Adam’s reaction, but because of the alarming increase in hateful statements about Muslims and the reaction towards them. Sadly and disappointingly, people actually believe the rhetoric.

The cartoon in USA Today serves as only one of many examples of hateful speech towards people of the Muslim faith. Everyone wants to blame the faith for the murders that are being perpetrated by thugs who are terrorizing entire communities. I get it. It’s easier to believe what they read, than to understand how war and poverty can produce the ugliest kind of violence.

This kind of irresponsible journalism is similar to the methods used to depict my Black brothers and sisters as less human and less deserving of equal rights and respect. This irresponsibility has resulted in increased violent crimes towards Black Americans. Cartoons like this serve to only increase hate towards a group of people. This cartoon allows the murderers to win, because it guts the core of who we are as Americans—a diverse nation and a country of heightened understanding and of fairness.

The recent incident, involving a Muslim passenger on a Delta flight, is a perfect example of ongoing public displays of hate speech. It is quite telling that the woman, who was heckled for being Muslim, was asked by the flight attendant to relocate to the back of the plane, rather than the flight attendant reprimanding the man who was screaming at her. We are hearing about women on buses having their hijabs pulled off, children being bullied, faith leaders being threatened, and so much more ugliness that is driven by fear.

As a former member of the Michigan House of Representatives, I was once asked by one of my colleagues for my birth certificate, as “a joke,” during a committee hearing. Although the audience gasped, no one called him out for it. The silence and inaction by those present made it more painful.

It is scary to witness bigotry and discrimination towards Islam and Arab become acceptable. Other than Ben Affleck going after Bill Maher for his hostile attack on Islam on national T.V., I don’t see much others calling out hate. The Campaign on Take on Hate is more than a grassroots movement to promote positive images of Arab Americans and Muslims, it sets a culture: Standing on the side line while fellow Americans get attacked and vilified in the media is simply wrong and goes against everything our country stands for. Although Adam is only 9 years old, I am encouraging him to be part of Take on Hate campaign in hopes it helps him understand that his diversity is a strength and that those that think otherwise are un-American. Allowing our children to grow up fearful of revealing their faith jeopardizes the foundation of our country.

To learn more about the Campaign to Take on Hate, please go to www.takeonhate.org

Editor’s note: Rashida Tlaib is the child of Palestinian immigrants. She lives in Detroit. Tlaib made history in 2008 becoming the first female Muslim woman elected to the Michigan House of Representatives and only second in the country. Tlaib currently works at the Sugar Law Center for Economic & Social Justice on the community benefits movement in Michigan. Her views here are her own. 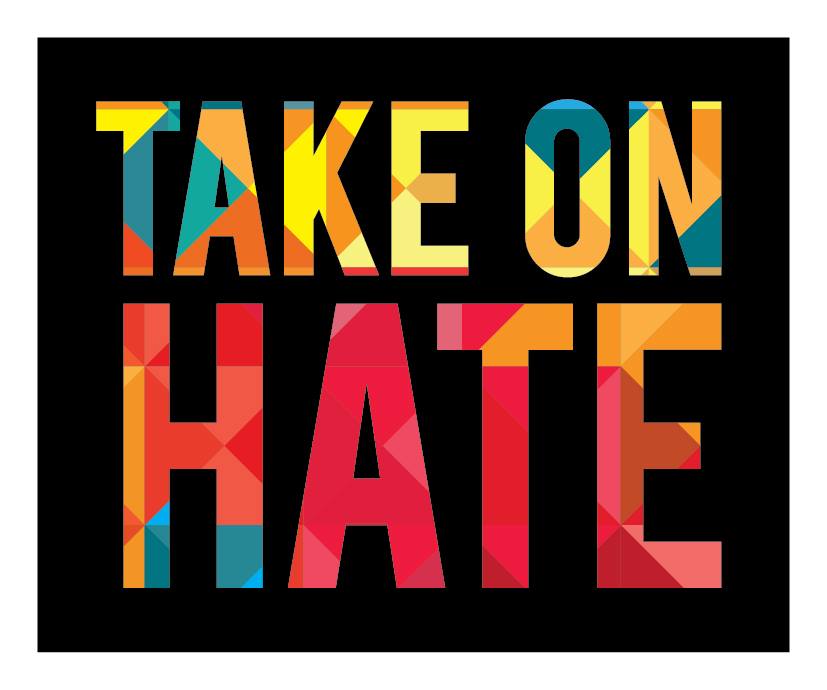 Words That Could Heal Wounds of Centuries

© 2017 MuslimObserver.com, All Rights Reserved
A Battered Woman is a Battered Ummah