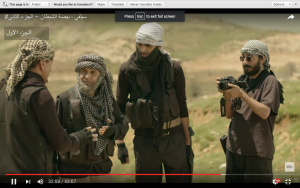 A scene from the second season of ‘Selfie’

By Soura A., community submission

The second season of the popular Saudi comedic show, Selfie, has been the latest hot topic in Saudi Arabia. The show has inflamed public opinion and has been the center of outrage.

The airing of the show during the holy month of Ramadan has been piling up the criticism. The holy month of Ramadan is associated with and practiced through intense piety and constant prayers. And during this holy month, public display of piety is highly praised and those who transgress the rituals and values of Ramadan, especially publicly, are highly criticized and even punished. Having a show that makes a mockery out of extremists Muslims and conservative values can bring about criticism as much as praise.

TV shows generate a lot of views especially during Ramadan when families sit together around the TV like it is part of a Ramadan ritual.  TV producers draw in their audiences through shows with political, ideological, or social messages.

The popular show features the famous Saudi actor, Nasser al-Qasabi. As an actor and comedian, al-Qasabi, uses satire to poke fun of a wide range of current personalities and issues.

“Selfie 2” exposes the contemporary social and religious problems that are related to Saudi Arabia. From showing women walking on special sidewalks to prevent mixing of the sexes to religious clerics calling for jihad to lazy civil servants, the show exposes different aspects of issues that the country faces.

In his comedy show, al-Qasabi dramatizes speeches and sermons given by extremist clerics to depict ignorance, sectarianism, and misogyny to demonstrate how it leads to dangerous preaching. Pointing out the some of the hypocrisy of extremists, he mocks those who swiftly change their life from debauchery and sin to a life of piety and radical religious views.

The show gained many famous admirers. Lawyer Abdul Rahman al-Lahim praised the “Your Sect” episode, saying it was better than hundreds of books on sectarian co-existence and interfaith dialogue. Kuwaiti singer, Shams, said that for many years news networks have aired the atrocities and filth of ISIS but no one reacted, but in 20 minutes ‘Selfie’ gave the Muslim nations a wakeup call.

However, on the other side, some viewed the praise to be a liberal conspiracy emerging to undermine the Saudi version of mainstream Islam on TV.

Last year, al-Qasabi received many death threats for his depiction and mockery of the terrorist group ISIS. The show revealed the ignorance of ISIS through several episodes depicting ISIS and the slave market and a father traveling to Syria to bring back his son who joined the terrorist group.

This year, several clerics spoke against the infamous show because they deem it as having gone too far and serve to only undermine Islam and mocking its clerics. Al-Qasabi is constantly being chastised for always concentrating on the atrocities of ISIS.

Once on a talk show, a viewer called to speak to the guest al-Qasabi and asked him about his religious views. He replied back that such thinking of “us” vs “them” in Islam is dangerous. Al-Qasabi has earned several fatwas and criticism since he began to tackle sensitive religious issues in the first season of “Selfie” and in his personal life. Al-Qasabis and his wife, a sociologist and novelist, moved to Dubai because they did not want to send their sons to bear with the criticisms, including death threats.

Al-Qasabi said he has been unfazed by the criticism and death threats. He believes that the use of comedy and art is a powerful way of fighting radical views and ignorance. He said:

“Warning he people about ISIS is the true jihad (struggle), because we are fighting them with art, not war.”

While ISIS uses its skills in media and filming to attract fighters, al-Qasabi uses comedy and art to expose the ugly reality of ignorance and hate. 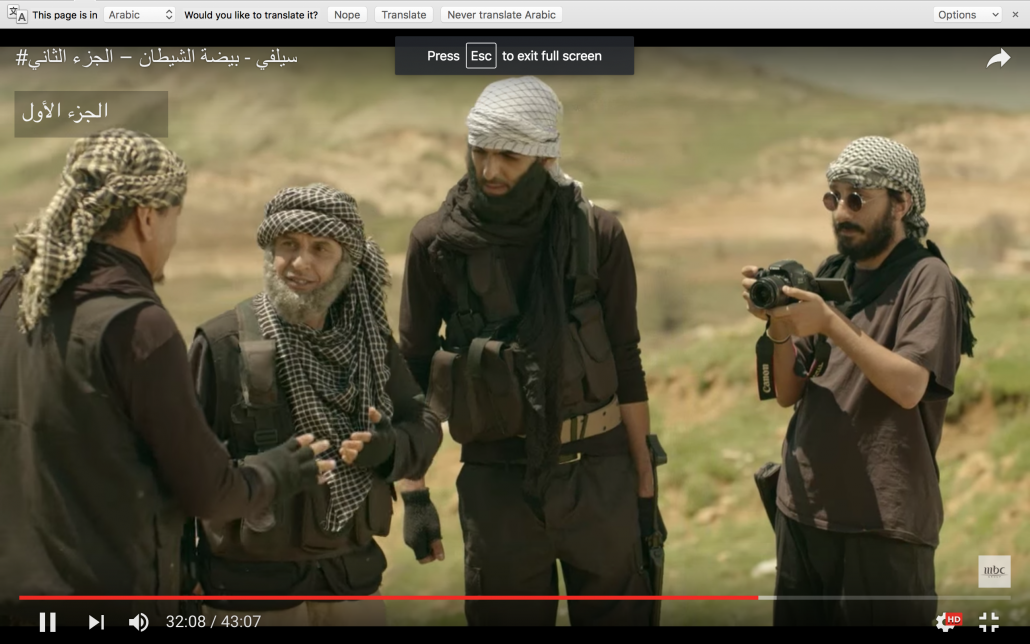 How to Prepare for Ramadan: 3 Steps I am Planning to Take This Year
By Nida Siddiq Can you believe it’s already that time of the year again? The sacred month of fasting, giving, and…