Berkeley–In the last two issues, this newspaper published articles on Palestine (a small Muslim town on the West Bank and on Gaza itself) amongst many other stories of interest to American Muslims.

Since the victory of Barack Hussein Obama, the President-elect has been thoughtfully amassing his ruling team, but there have been two controversial selections.  The first is Rahm Emanuel for the key post as White house Chief of Staff.  Besides being a champion of Economic Liberalism (â€œNeo-Ricardianismâ€), he and his family have been strong supporters of the State of Israel.  To quote the Internetâ€™s unusually exceptional encyclopedia article from the Wikipedia  projectâ€™s commentary:

â€œâ€¦[the] Director of the National Jewish Democratic Council said the choice indicates Obamaâ€™s appointment will not listen to the â€˜wrongâ€™ people regarding the U.S.-Israeli relationshipâ€¦[while] Palestinian and Arabs expressed dismayâ€¦at [the] appointmentâ€¦â€

At the request of the Jewish Voice for Peace, I have enunciated my political position to Barack Obama in a fax to his Senate office in the District of Columbia against his decision in this personnel matter, but I have not been asked to take a stand on the case of  Ms. Sonal Shah from Silicon Valleyâ€™s Google headquarters here in the Bay Area who has been appointed to the Transition Advisory Board for Technology despite the allegation of connections to the U.S. support-branch of the Indian right-wing BJP (the Bharatiya Janata Party), the VHP (Vishwa Hindu Parishad) â€“ who are accused of initiating the 2002 genocide against the Muslims in Gujarat â€“ the RSS (Rashtriya Swamsevakiya Sangh), who brought us the assignation of M.K. Gandhi while he was on his (last) fast to end the violence between Hindus, Muslims and Sikhs during the bloodletting during the Partition at Independence of the old British India as well as the horrendous contemporary violence against Muslims, Christians and Dalits (untouchables) as well as the notorious anti-Islamic Sangh Parivar.

On the other hand, Bhairavi Desai is the daughter of a Hindu Indian immigrant, who organizes mainly Muslim South Asians (with a significant African Islamic) workers.

Her trade amalgamation, of which she was a founding member, the New York Taxi Workersâ€™ Union  (IWA) is a 100 year-old merger of independent contractors who mostly rent their own cabs.  Although it is part of an international merger of â€œbrotherâ€ driver coalitions, the City had preempted the previous organizations that were City Hallâ€™s then de-facto front(s)!

Until the 1980s, the drivers were on a solely â€œgarage system.â€  The old Alliance was continually being accused of corruption!  Thus, they were forced off the Union system.  New York City is described as being a â€œMayoralâ€ City (i.e., a strong Executive).  The police, who answer directly to the Mayorâ€™s Office, became effectively the employers of the cab labor force.  The police and/or the City, thereafter, fired those who entered the employment  through the garages directly.  Subsequently, the managers began to recruit directly from South Asia with whom they could more easily manage.

To operate a cab, an individual employee has to buy a Medallion (a certain identifying symbol from the City).  A broker â€œclassâ€ has developed to which the cabbie pays $130 per day up front for the vehicle plus a late fee if s/he returns it late.

Shifts are normally twelve hours within a twenty-four hour period.  If his/her automobile breaks down, the driver pays for the costs to fix it, and looses the downtime.  The cars from the renewed garagesâ€™ cars, on the other hand, are leased to the driver directly at about 25% of their profit.  A broker buys his automobiles directly through a dealer.

A taxi hack reimburses an agent usually over a two-year period.  Any violation tickets that the taxi-man may acquire are his responsibility.  Yet, the  law â€œenforcementâ€ officers are infamous for harassing the hired sedans, but they offer slight oversight of the overburdened streets.

The police force refuses to protect the newly arrived laborers from their bossy garages and/or City brokers.  The â€œblue patrolsâ€ too often demand illegal kickbacks on the very streets of New York, Americaâ€™s largest municipality!

Since they are â€œfree-lancers,â€ it is hard for them to win standard contracts from their employers or the City.  The number of Medallions was capped for forty years, but the last Mayor of N.Y.C., Giulani, simply added a mere forty more.

In actually, though, under Mayor Giulani, the Medallions were at their lowest level system-wide over all the Burroughs in their totality ever.  The current Mayor Bloomberg, to his credit, has greatly increased these medallions, for, in New York, the Cabs are a practical means of public transportation!

There are 40,000 taxis throughout the Metropolis of which 60% are driven by South Asians.  This is slowly changing, though.  The profession describe â€œthemselves as a working class U.N.!â€

The dominant South Asians subnationality are the Punjabis from both sides of the Indo-Pakistani border â€“ Sikhs and Muslims.

The people from the greater Punjab have been in the business longer, and, thus, their preponderance. The Pakistani drivers travel between their natal home and the Big Apple more regularly than their co-language speakers from India.

During the reign of the last Mayor, the urban government attempted to wrench 10,500 medallions available for leased vehicles to weaken and devalue the Union.  This led to a strike!  Unfortunately, Giuliani would not retreat, and his Council backed him up!

The Union helped their members through the worst of it.  Many issues of the industrial action were over their safety.  70% of them had gone through serious accidents â€“ it is one of the most dangerous occupations in the United States!  80% of their occupation does not even have health insurance, furthermore.

Bhairavi Desai, the worker Alliance organizer proclaimed, â€œWe need a work force!â€  Power is in the Rank and file!  â€œI am proud to be part of the Labor Movement!â€ unlike her rightist and alleged secularist co-religionist from California, Ms. Sonal Shah. 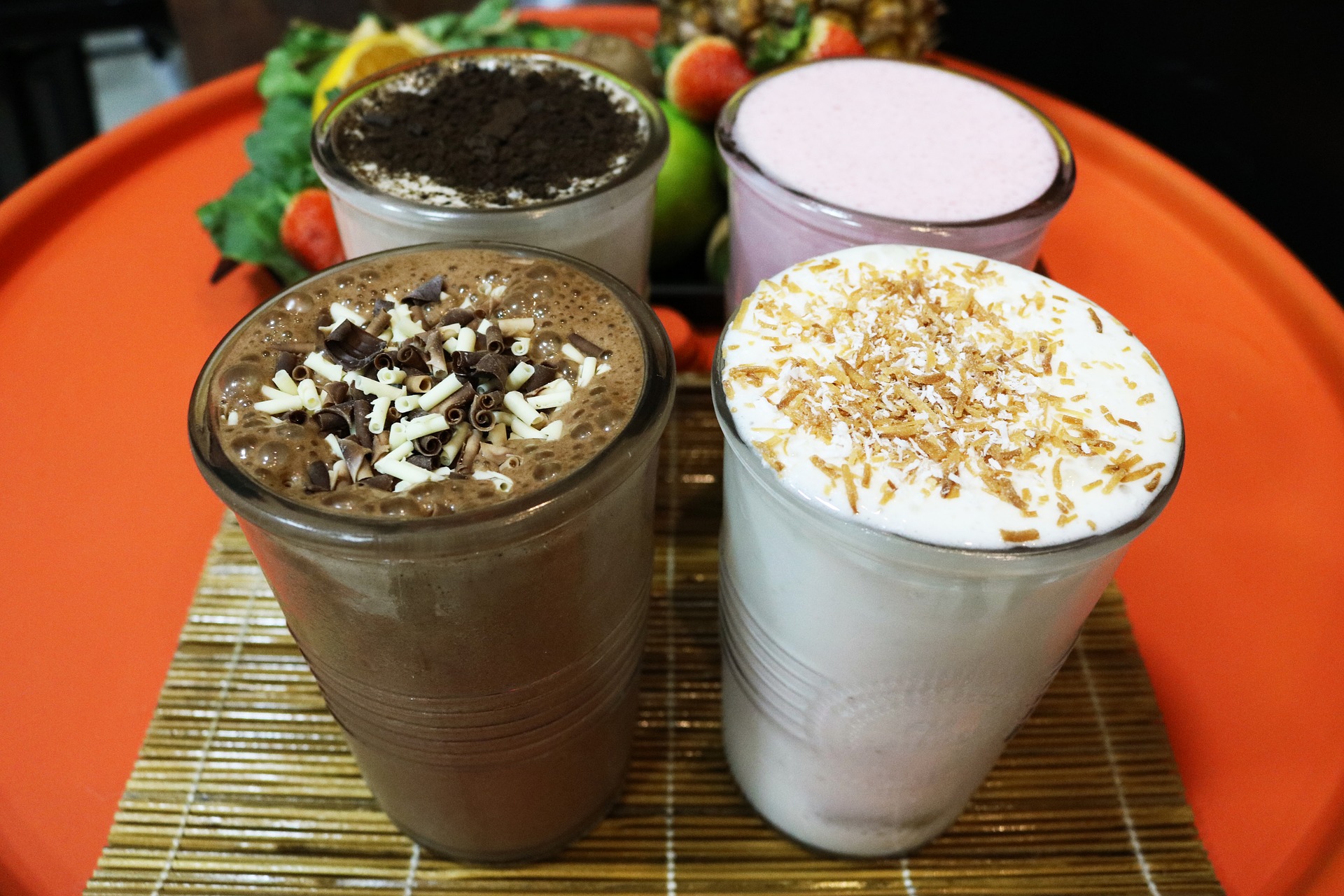 Onward, Christian soldiers: The complicated legacy of the Crusades 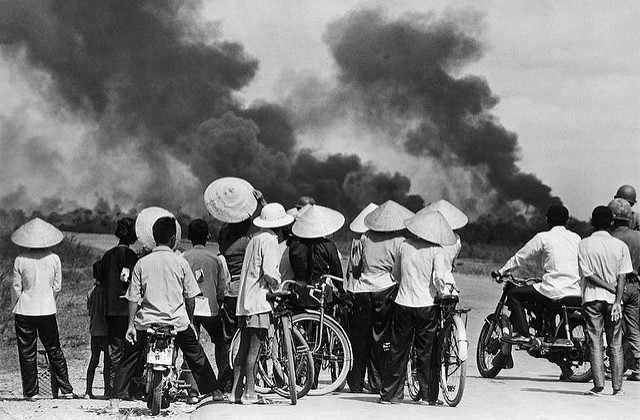 Who’s Planning Our Next War?