The event was moderated by Senior Vice President Abdul Quayyum Khan Kundi of California. The program started with the recitation of Holy Quran by Secretary General of PCC-USA Khalid Qazi, which was followed by the national anthems of USA and Pakistan. The gathering observed one minute of silence to commemorate the people, who died in recent Karachi and Lahore terrorist attacks.

Outgoing President Gul Faraz Khan in his welcome speech assured delegates that PCC-USA is resolved to help Pakistan achieve increased export revenue from USA. He also informed the gathering that PCC-USA is going to be a national organization during the tenure of incoming board of directors.

Incoming President 2008 Muhammad Saeed Sheikh while addressing the gathering emphasized that PSEB can play a leading role in the consolidation of the software industry in Pakistan to migrate it from a cottage to a large scale industry. He also advised PSEB that creation of liquidity for technology companies is extremely important to attract venture capital from USA. He informed the visiting delegates that Pakistan should explore formation of stock listings in line with OTC Bulletin Board in USA and UK AIM Markets. He also emphasized that PSEB should work with PCC-USA to bring the intellectual capital of Pakistani Americans on a single platform to mentor start-ups.

Faisal Ameen Hon: Investment Councilor & Delegation Coordinator introduced the Delegation. Managing Director of PSEB Yousuf Hussain thanked PCC-USA for hosting this event for their delegates. He appraised the gathering that Pakistan software exports are increasing at an annual growth rate of over 66% per annum, which is the fastest growth rate in the region. He also informed the gathering that organizations like PCC-USA are important to create a soft image for Pakistan despite all the negative press that the country gets. He notified that there are several small scale IT Parks in Pakistan similar to other countries in the region, but recently a Canadian Company has been hired to develop the first world-class IT Park in Pakistan.

The key note speech for the event was delivered by the Honorable Consul General of Pakistan Mohammed Nadeem Aqil. He highlighted the investor friendly policies of the government, which has produced historic growth levels in the economy and attracted foreign direct investment in the country. He congratulated PSEB on breaking their growth targets every year. He also assured the delegates that Houston Consulate will not let any stone unturned to help them achieve more business from USA. Commercial AttachÃ© Dr. Zia Ahmed also addressed the gathering highlighting the importance of software industry future.

A vote of thanks was presented by President Elect Tariq Zaka, who thanked all the media for providing coverage to the PCC-USA events. This was followed by sumptuous dinner of Mezban Restaurant. 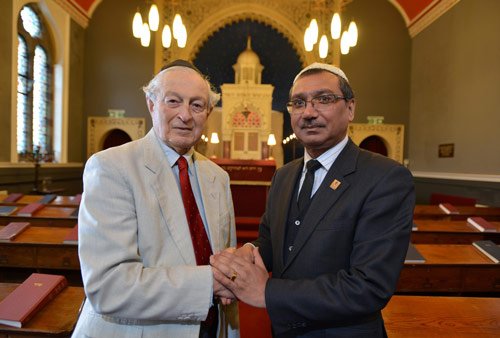 "And Angela Is a Muslim"