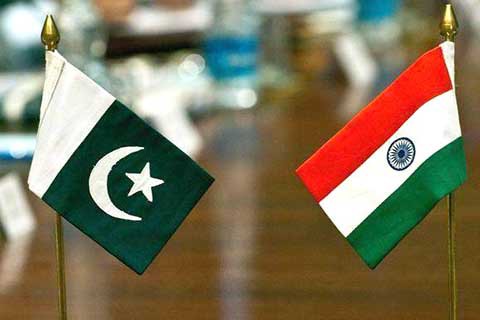 By Dr. Aslam Abdullah
The failure of politicians to resolve their differences and the inability to learn from four wars they have fought in the last 72 years have created a dangerous situation in the India-Pakistan subcontinent that might lead to a major world war between India and Pakistan. Both countries have religious as well secular fanatics who believe in the total destruction of each other and who are willing to any extent to cause the already existing conflict to escalate. Both countries have spent over 2.5 percent of their GDP on building military might that is ready to flex its muscles on the slightest provocation.
Politicians have rarely opted for peace as war enables them to win elections. They have usually relief on their intelligence services to lead them in determining the nature of their relationships. The intelligence services of the two countries have been secret wars against each other through acts of violence that are often conducted through aggrieved individuals and communities in the two countries.
The politicians of the two countries realize the level of poverty and illiteracy in their countries, yet their emphasis is not on fighting these social evils or corruption but to proclaim their religious, political and cultural superiority over each other. In their race to negate each other, both countries have become the major source of profiteering for arms manufacturers in the Americas and Europe. With 900 million Indians and some 80 million Pakistanis living below the poverty line, the politicians of the two countries are eager to destroy their resources in decimating each other.
Hardly, there has been a genuine movement in the two countries seeking a peaceful resolution of the ongoing conflict. The bone of contention is Kashmir. This 86,000 sq mile area has the potential of destroying over one billion people as the use of nuclear weapons by either country may lead to that.
India regards the whole of Kashmir as part of its territory while Pakistan wants Kashmiris to be given the right of self-determination as was agreed between India and Pakistan in 1948 when the issue was discussed in the United Nations after the first war between the two countries broke out. A trilateral discussion among the representatives of India, Pakistan and the people of Kashmir might have led to a reasonable solution, yet the leadership of the two countries has so far preferred aggression over negotiations.
The solution can still come if the two countries resolve to end hostilities towards each other and agree on sitting with the people of Kashmir on both sides of the border to work out a solution that can before anyone satisfy the people of Kashmir. It is this element that has been missing in any discussion that has taken place between the two countries and unless the Kashmiris become part of the solution, no solution can be achieved.
Yet, the jingoism that is controlling the leadership of the two countries, has reached to a point of no return. One can only hope that some sense would prevail and the leaders will look at the issue beyond their electoral politics and rather than seeking each other’s destruction would opt to live in peace and equality.
Share on Facebook Share
Share on TwitterTweet
Share on Google Plus Share

Muslims in China Are Living in Concentration Camps

The Reality Behind OIC Resolution on Kashmir
Scroll to top