Coma is a state of unconsciousness from which a victim cannot be roused. It should not be confused with fainting, a fairly common transient form of unconsciousness from which a person can be awakened.  Coma often occurs just before death from cancer or other terminal disease. It may also be the result of a head injury, an infection or other medical problem, an overdose of sedative or hypnotic drugs or carbon monoxide poisoning.

Coma should always be considered a medical emergency. Expert help should be obtained immediately any loss of consciousness occurs.

Many of the conditions that lead to coma can be prevented. Avoid head injuries by driving safely, using seat belts and wearing a helmet when riding a bicycle or motorcycle. Anyone who has diabetes should learn to control it.

There are many causes for coma. Here are some of them.

Coma is a late and serious sign of a malignant brain tumor. A benign brain tumor can also cause  coma if it encroaches on normal brain tissue. Earlier symptoms usually include progressive disturbance in balance, sight, and smell or unexplained muscle weakness in the arms and legs. Later, headaches occur often becoming constant and severe.

A concussion is caused by a blow on the head, leading to varying degree of unconsciousness. Blood may come from the mouth, nose and ears; the pupils may dilate; the skin may be pale and clammy. Before loss of consciousness, the person may feel drowsy or dizzy and may complain of a headache. A severe concussion often leads to vomiting and coma.

A person who has diabetes may experience a biochemical imbalance called ketoacidosis or diabetic coma due to a severe lack of insulin. A diabetic person may also fall into a coma due to hypoglycemia (low blood glucose) from excessive insulin. These extreme reactions can almost always be prevented by proper medication and careful monitoring of insulin dosage, food intake and blood sugar levels.

An overdose of heroin or other substance abuse can produce coma and death. Consuming alcohol with sleeping pills or other medications that produce drowsiness can also result in coma and death.

This infection is caused by a virus and usually starts with a high fever, accompanied by a severe, pounding headache.  Coma develops in serious cases.

This disorder, which causes convulsions or seizures, is the result of an abnormality of the central nervous system. The type known as grand mal involves loss of consciousness that resembles a light coma.

Acute kidney failure may be caused by an injury to the kidneys or be the result of a kidney infection. An early sign is a very scanty urine output or complete failure to urinate. Later signs and symptoms include persistent nausea, vomiting, lethargy, drowsiness, convulsions and twitching. Sufferers eventually lapse into coma.

This is an infection and resulting inflammation of the membranes covering the brain. It is most characteristic sign is a severe headache accompanied by a stiff and painful neck. Vomiting is also common. Confusion, weakness, delirium and coma often develop.

This condition also known as toxemia of pregnancy may occur at the beginning of the last trimester of pregnancy. Early symptoms are swelling especially of the face and ankles, headaches, large weight gain, vomiting and double vision. If not diagnosed at early stage the disease goes on to produce violent convulsions, coma and death.

This viral disease is caused by the bite of a rabid animal. Species that carry rabies include bats, skunks, raccoons and foxes. Feral cats and dogs also carry rabies, and unvaccinated domestic pets can become infected by wild animals. Untreated rabies is 100 percent fatal, ending in paralysis, coma and death. Prevention is essential; be sure all domestic animals are vaccinated and always avoid wild ones.

This rare disease, which affects children and adolescents, usually follows a viral infection. Some studies link it to using aspirin to treat viral illnesses, especially chickenpox and influenza. In Reyes syndrome, severe vomiting, confusion, lethargy and other mental changes can be followed by drowsiness that progresses to coma and death.

A stroke involves a sudden decrease in the blood supply to part of the brain, damaging the area so it cannot function properly. A burst blood vessel in the brain can have similar effects. Strokes may impair speech, vision and motor control and leads to unconsciousness and coma. 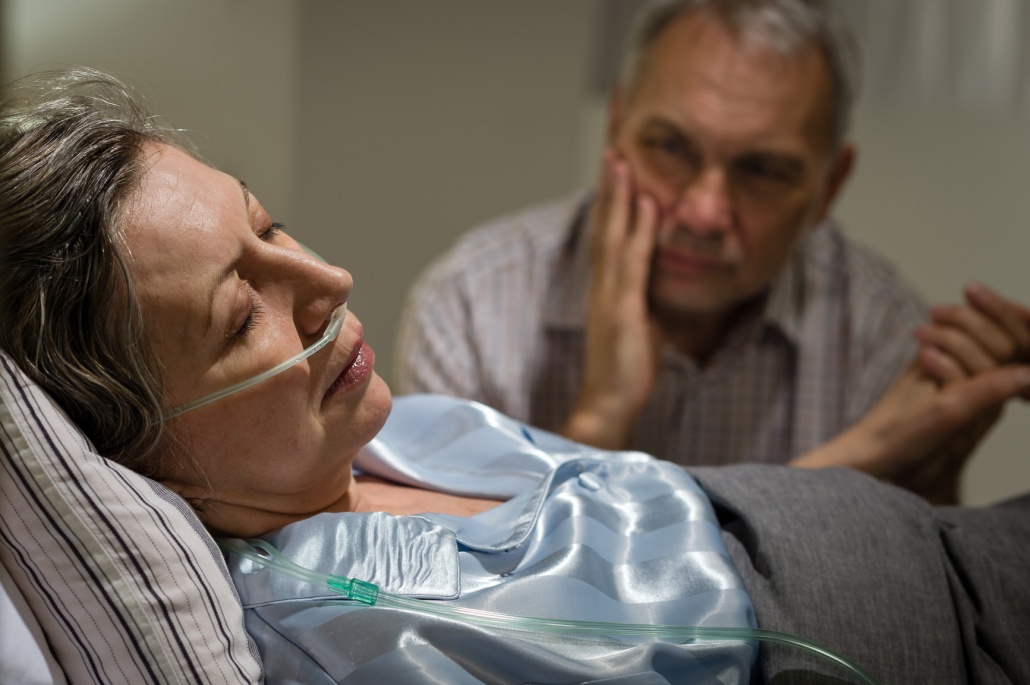 Defending my client (part 2 of 2)
Scroll to top