Antioch mosque fire was not a hate crime:Official

ANTIOCH, CA–Arson investigators say the fire at an Antioch mosque in August most likely was not a hate crime, a detective said last week.

Antioch police, who are waiting for the Bureau of Alcohol, Tobacco and Firearms and Explosives to return evidence, say that some disgruntled transients may be responsible for the blaze that destroyed the interior of the 18th Street mosque.

Meanwhile, the Islamic Center of the East Bay has started to rebuild its place of worship. On Tuesday, crews gutted the charred facility and performed asbestos work. The mosque hopes to reopen in four to six months, said Abdul Rahman, chairman of the centerâ€™s board of trustees.

â€œWe felt we really needed to make a statement that weâ€™re not going anywhere,â€ said Rahman, whose group has used insurance money to rebuild.

A motive for the Aug. 12 blaze remains in question, but all parties agree that it was arson. Rahman said that investigators found matches and burned books and newspapers in three different areas inside the mosque. Most of the damage occurred from the thick smoke, he said.

Antioch police Detective Steve Bergerhouse of the property crimes and arson division said it does not appear to be a hate crime. The FBI, which assisted the investigation with its hate crimes unit, declined to comment on the open investigation.

MIAMI, FL–On Nov. 6, members of the Muslim Student Association came to their usual meeting place, building 21-Q in the Apartment Area, and found it desecrated. Someone had left feces on the front steps of the studentâ€™s place of meeting and prayer, the campus newspaper reported.

â€œWe are considering this a hate crime because there are bathrooms around the area,â€ said Omar Howeedy, vice president of the Muslim Students Association. â€œI donâ€™t think anyone would want to do that with a good intent.â€

The students removed the feces from their meeting place immediately because â€œwe always keep it clean out of respect,â€ Howeedy said. Though the students did not file a police report, they met last week with Officer John Tighe of the Coral Gables Police Department to discuss the case.

â€œHe told us that with the evidence gone there was nothing he could do,â€ said Moiez Tapia, adviser to MUSA.

Although the police may not be able to investigate this particular event, the MUSA executive board plans to e-mail President Donna E. Shalala detailing the event. Their goal in sending the e-mail is to raise awareness on campus that intolerance is still alive and among us.

Dean of Students Ricardo Hall said that if any individual is found guilty, he or she may be suspended or expelled.

â€œMy office and I take these types of incidents very seriously,â€ Hall said. â€œIt is disrespectful, disgusting and uncalled for in a college campus and anywhere else.â€

Howeedy said he thinks the incident may have occurred as a result of the recent Islamo-Fascism Awareness Week, which began Oct. 22. The week of events â€œhighlighted the threat from the Islamic jihad, and the oppression of Muslim women,â€ according to the Web site terrorismawareness.org.

Although there have been no documented hate crimes on campus this semester, someone shouted, â€œGo home, you Islamic terroristâ€ to a female Muslim student in 2001, which spurred media attention and a mass e-mail to Arab and Muslim students from Shalala. The e-mail said, â€œYou deserve our respect, and you deserve to feel safe.â€

Members of the MUSA hope to use the most recent incident as a way to reach out to the UM community and encourage students to express their opinions in a respectful manner.

Shuaib ud-Din of the Utah Islamic Center in Sandy told the Deseret News that politicians often change their stands, so Romneyâ€™s â€œclarification should be taken at face value.â€

That clarification came last, when Romney told reporters in Florida that he would choose Cabinet members â€œbased on their merits. … Iâ€™m open to having people of any faith, ethnic group.â€

However, at a private fund-raiser in Las Vegas earlier this month, Romney reportedly said: â€œBased on the numbers of American Muslims â€” as a percentage â€” in our population, I cannot see that a Cabinet position would be justified. But of course, I would imagine that Muslims could serve at lower levels of my administration,â€ according to a Christian Science Monitor opinion piece written by Mansoor Ijaz.

Din said he hoped that Romneyâ€™s statement that he would consider candidates based on their merits is the one that accurately describes his position.

â€œEven if the numbers donâ€™t add up to Protestants or Catholics, they (Muslims) have a lot to give to the security and stability of this country,â€ Din said. â€œYou canâ€™t find a better person to combat terrorism than a Muslim, if he is qualified.â€

A native of Pakistan, Naqvi completed his medical education at Allama Iqbal Medical College in Lahore, Pakistan. He completed his residency at Lutheran Medical Center, Brooklyn, N.Y., and served as chief resident. He conducted research at Yale Universityâ€™s Department of Endocrinology.

Naqvi will concentrate on caring for people in the hospital, who often have more than one health problem. Naqvi also will conduct research and be training residents as well.

The Marshfield Clinic system provides patient care, research and education with more than 40 locations in northern, central and western Wisconsin.

TORONTO – A Canadian Muslim who says he was blocked from a domestic Air Canada flight because of racial profiling has filed a complaint to the Canadian Human Rights Commission.

While attempting to purchase a ticket in Vancouver to fly to Victoria in May 2004, Shahid Mahmood said he was flagged as a security threat. Mahmoodâ€™s Chilean-born wife, however, was allowed to purchase a seat.

â€œI was stunned at their refusal to allow me to board this flight,â€ he said Tuesday.

Despite repeated attempts to find out why he was barred, the Toronto-born editorial cartoonist said the airline has never given him a reason.

â€œI am just as in the dark, with no tangible answers from Air Canada, now as I was three years ago.â€

Mahmood, who grew up in Pakistan, believes he was blocked because of his race and faith.

Nicole Chrolavicius, Mahmoodâ€™s lawyer, said the case is the first of its kind in Canada, and that it brings into focus the plight of other Muslim Canadians who have been unjustly flagged as security risks and restricted from travelling.

She also suggested that Air Canada was unofficially using a U.S. no-fly list at the time.

Peter Fitzpatrick, an Air Canada representative, declined to comment on the case because it is now being reviewed by the commission.

Mursi’s Gamble with Generals Pays Off 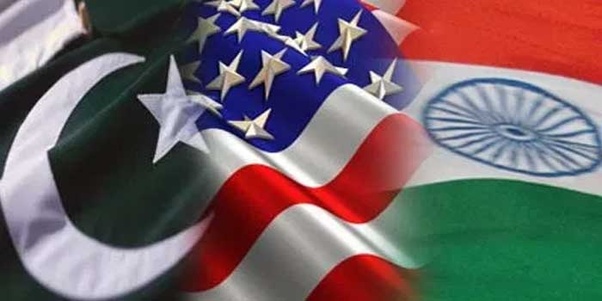 The Age of TV Jokers: Arab Media on the Brink
By Ramzy Baroud Editor’s note:  Ramzy Baroud is a PhD scholar in People’s History at the University of Exeter. He…

I Have Muslims in My Family…

Erdogan is not Mubarak and this is no Arab Spring