An Indonesian student holds a poster of Myanmar pro-democracy leader Aung San Suu Kyi during a protest against what they say is the killing of Muslims in Myanmar, as police stand guard in front of the Myanmar embassy in Jakarta, Indonesia May 29, 2015. The protesters were calling on Suu Kyi to speak out against the treatment of the Rohingya Muslims. Beawiharta / Reuters

Amid increasing world concern about the future of Rohingya Muslim minority, the Dalai Lama has urged Nobel peace laureate Aung San Suu Kyi to do more to help the persecuted minority, as thousands fled Burma to escape discrimination by the country’s Buddhist majority.

“It’s very sad. In the Burmese (Myanmar) case I hope Aung San Suu Kyi, as a Nobel laureate, can do something,” the Tibetan Buddhist spiritual leader told Thursday’s The Australian newspaper in an interview ahead of a visit to Australia next week.

“I met her two times, first in London and then the Czech Republic. I mentioned about this problem and she told me she found some difficulties, that things were not simple but very complicated.

“But in spite of that I feel she can do something.”

In the past few weeks, about 3,100 Rohingya refugees fled Burma and Bangladeshi to land in Malaysia, Indonesia and Thailand where they fell in the custody of respective governments.

According to an estimate by International Organization for Migration (IOM), about 8,000 boat people are still adrift in Bay of Bengal and Andaman Sea, where they are running dangerously low on food and water.

Although Rohingyas have lived in Burma’s Rakhine state for many centuries, the Buddhist-dominated society identifies them as ‘illegal immigrants’ from Bangladesh. Following demand from the Buddhists, in 1982, Burma’s then military government stripped the Rohingyas of their citizenship.

After the Rohingya turned stateless, persecution of the community began soaring in Burma. In recent years, especially since 2012, Rohingyas have been facing an increased level of pressure in many terms.

Though thousands of Rohingya Muslims fled for their live on boat journeys to Southeast Asia to escape persecution, opposition leader Suu Kyi is yet to comment.

Observers have attributed this to fears about alienating voters ahead of elections slated for November.

The Dalai Lama said she must speak up, in the third appeal to heal in person since 2012.

The Tibetan leader, the world’s most famous refugee, added from his exile in the Indian Himalayas that it was not enough to ask how to help the Rohingya.

“This is not sufficient. There’s something wrong with humanity’s way of thinking. Ultimately we are lacking concern for others’ lives, others’ well-being,” he said.

Described by the UN as one of the world’s most persecuted minorities, Rohingya Muslims are facing a catalogue of discrimination in their homeland.

The Burmese government as well as the Buddhist majority refuse to recognize the term “Rohingya”, referring to them as “Bengalis”.

Between 2012 and 2013, Buddhists mob attacks have left hundreds of Rohingya Muslims killed and evacuated more than 140,000 from their homes.

The violence has displaced nearly 29,000 people, more than 97 % of whom are Rohingya Muslims, according to the United Nations.

Many now live in camps, adding to 75,000 mostly Rohingya displaced in June 2012, after a previous explosion of sectarian violence. 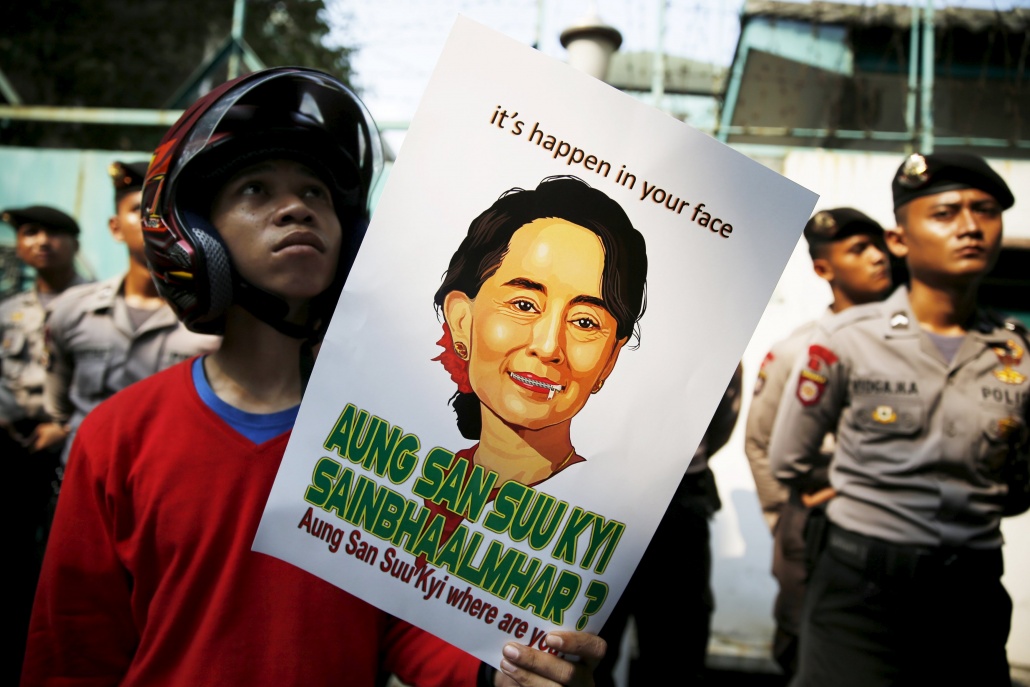 Speaking Against Terrorism
By Dr. Aslam Abdullah, TMO Editor-in-chief In terrorists attacks innocent lives are lost without any gain for those who perpetrate…

Islam is like The Force. There’s a light side and a dark side
Scroll to top