Dissent and Defiance in Damascus

13 April 2011–Young people in Syria are talking about their future. While Bashar al-Assad makes concessions that fail to convince, what is clear is the growing divide between government and people – however anxiously the world looks on.

Dictatorships are built on myths. When people begin to see the lies for what they are, the psychosis of fear melts away. Living in Damascus, one could not help but notice the intricate tapestries of illusions that the government had so carefully woven. The ever-present posters of various potentates across the Arab world are not just the machinations of arrogant and egotistical men but rather serve as daily reminders of the fact that everyone is under constant surveillance. I remember sitting in a coffee shop in Damascus with some friends when the owner came and sat with us because we had begun to discuss Arab politics. The cafÃ© was empty and we were sitting at the back. The owner asked us if we had switched off our mobiles and taken the battery out. I, being the only foreigner, asked why, to which he replied that the Syrian government could listen into the conversation even if the phone is not making a call.

Obviously not all Syrians believe in these kind of stories but it is helpful in illustrating how the ostensibly mysterious and the brutal nature of regimes compels people to take part in creating these myths, thereby strengthening the hold of the regime over people. Another more popular â€˜fact,â€™ which many foreign visitors write about, is how a large percentage of taxi drivers work for the mukhabarat or the intelligence service. Of course, there will always be people who are willing to provide information to the government that they deem to be important. Much of it in reality is inconsequential, but again it helps perpetuate the mystery of tyranny. Although the Syrian intelligence services have a fearsome reputation, largely because of their reliance on a massive network of human and not electronic intelligence, the recent events in Syria have started to show fissures and cracks forming in the regime.

Revolutions are unpredictable and hundreds of people can be killed before a small act ignites everyone into taking to the streets. As we saw in Egypt, the â€˜uprisingsâ€™ built up momentum for many weeks before finally exploding, although it remains to be seen if the revolution is over yet. There seems to be a similar momentum building up in Syria. There has been much speculation about the role of electronic media, facebook and twitter in catalysing the various movements across the Arab world. Although there can be no denying the fact that facebook and twitter allow for instant dissemination of news and important information, I have also seen them being manipulated by some people. One friend posted a video of a â€˜protestâ€™ at a mosque in Syria with a short clip of people shouting â€œAllahu Akbar – God is greatâ€. However, when another friend found a longer version of the same clip, it turned out to be a group of people who were chanting the takbir (Allahu Akbar) after the Friday sermon of one of the state-vetted clerics.

Over the last few weeks I have watched with great interest a debate take place amongst my friends in Syria about their future. Some people made their profile pictures black as a sign of protest, others have used a Syrian flag and yet others have put up a picture of Bashar al-Assad. When I was living in Damascus, opposition to the government was not as widespread as one might have expected and indeed Syrians might be slower than others about coming out to protest.

Indeed, there was even an implicit understanding about what was perceived to be a trade-off between rights and security. However, high corruption and the brutal crackdowns are fast depleting any goodwill that Bashar al-Assad has.

Fadi as-Saeed, a chemistry student at the University of Damascus, was beaten to death on Monday and it seems the administration is now pointing their guns at students, often the most vocal demographic in protests.

Syria is wracked with internal divisions, which have often been exacerbated by the heavy-handedness of the government. The largely secular ruling Baâ€™ath party has been at odds with the Muslim Brotherhood since the 1940s. After a particularly violent few years of assassination attempts and car bombs, in 1982 Hafez al-Assadâ€™s brother Rifaat, who now lives in exile in London, surrounded and bombed Hama. The town was known for being a base of the Muslim Brotherhood and the bombing killed thousands of people. Subsequently, the Brotherhood and indeed all other opposition have effectively been stifled while the Alawi minority has strengthened its position.

The Alawis are the spiritual progeny of a movement started in the 9th century when Ibn Nusayr announced himself as the bab or the hidden gateway to truth (God). Very close in terms of practice to Christians, Alawis or as they also known Nusayris believe in a kind of holy trinity comprised of Mohammad, Ali and Salman al-Farisi, one of the first Persian converts to Islam. The reason they are viewed as non-Muslims is because of their belief in the divinity of Ali, the cousin and son-in-law of the Prophet, who was the fourth Caliph and the first Imam for Shiâ€™as. In a bid to consolidate their power the Alawis managed to secure recognition from the Shiâ€™a leader, Musa as-Sadr, in 1972, declaring them to be Muslims. As early as 1936 they procured a decree from the Sunni Chief Mufti of Palestine, al-Haj Amin al-Husaini, recognizing them as Muslims.

However, many Sunnis and some Shiâ€™a ulama, or scholars, continue to view the Alawis as non-Muslims, or even sometimes as apostates.

Apart from the Alawis, the Christians are a sizeable minority and form about 10% of the population and the Druze constitute about 3%. The Sunnis form the majority of the population. Syria also has a large Palestinian refugee population of 500,000 and more than a 1,000,000 Iraqi refugees.

The problems in Syria today are therefore exacerbated by the fact that Syria could be heading for a civil war, due to these old ethnic and sectarian tensions, and might follow the Libyan scenario rather than the Egyptian or Tunisian model. One factor however, that might hold back an all-out war is that there are a multitude of links between the regime and society through army, government and non-official ties. Bashar al-Assad, although seen by some to be a moderate and a reformer is still presiding over institutions that were created during his fatherâ€™s time. This means that often the â€˜old guardâ€™ is the biggest obstacle to implementing reform. However, there have been some token gestures of reform from the President.

Among the small number of concessions that the regime has made are a few that were pushed for by a group of imams, headed by Ramadan al-Buti, perhaps Syriaâ€™s most famous cleric. A casino has been shut down and a ban on wearing the niqab, a veil that covers the face as well as the body, in educational institutions is being reversed just as France is implementing its own ban. In other â€˜concessionsâ€™ the infamous 1963 Emergency Law is now finally to be lifted, but an â€˜Anti-terrorismâ€™ law is to be passed instead. About 200,000 Kurds who have hitherto not been granted any rights have been given citizenship. But a majority of the Kurds who form 11-14% of Syriaâ€™s population still suffer from various institutional biases. The Kurds have responded by protesting in Qimishli, in the north-east of Syria, under the interesting slogan, â€˜we want freedom not citizenship.â€™

The stakes that many foreign actors have in Syria are also crucial in determining the next steps in the Syrian uprisings. Iran and Hezbollah will fear the loss of an important regional ally and the possible rise of a predominantly Sunni government. Apart from this, even Shiâ€™as who are not ideologically aligned with Iran will be afraid of the loss of the comfort in which the community lives. In particular, the network of religious schools around Sayyid Zainabâ€™s shrine in Damascus are already fearful of what may happen if the Alawis lose power. Israel must worry because at the moment it has an enemy that it â€˜knowsâ€™ whereas it will be harder to predict whether the new government shall be even more anti-Zionist.

As it is, there is already an air of uncertainty in Israel about what might happen on its western borders, in Egypt. Unlike in Egypt where the Muslim Brotherhood were social activists and not involved in politics (until now perhaps), the Brotherhood in Syria has been in exile for nearly thirty years – which means that they have little support on the ground and will need time to carve out a political space. Confessions on Syrian state TV from alleged Brotherhood members stirring up trouble seem manufactured so that the crackdown on protesters can be blamed on â€˜outsiders.â€™ The Gulf countries and Saudi Arabia have had a deep interest in promoting Sunni interests and in the case of Saudi Arabia, their brand of Wahhabism. The growth of this school of thought in Syria has been aided by the fact that a large number of Syrian migrants live and work in the Arabian Peninsula. In the last few years, America has reached out to Damascus and sent various envoys and feelers in order to improve relations, but often with limited success. It is evident then, that current events and any change in Syria will have a far larger geo-political impact on the Middle East than Libya, though of course Libya might be more important to Europe financially.

Following the killings and crackdown on various protests from the Southern town of Deraa to the coastal cities of Tartous and Lattakia, Bashar al-Assad has attempted a reshuffle of his government by firing various provincial governors and appointing new people to his cabinet. However, it seems that superficial changes coupled with a completely disproportionate clampdown on protesters will only exacerbate the situation. Although regarded as more sensible than his father, it seems that like all other dictators, Bashar is also out of touch with ordinary Syrians.

Vogue magazine, which seems to make a business out of glamorizing the lives of the wives of various Arab potentates, writes in a recent interview of the president and his wife that, â€œthe household is run on wildly democratic principles.â€ It goes on to explain how Asma al-Assad – â€˜we all vote on what we want, and whereâ€™ – and her husband are often â€˜out-votedâ€™ by their three children. This in turn explains the chandelier made of comics that hangs above the dinner table. To talk of democracy in their household while a large percentage of people are often detained without any recourse to the law is nothing more than an insult to all Syrians. It is precisely this kind of insensitive, indeed farcical, attitude that might catalyse the current uprisings into a revolution.

About the author: Ali Khan is a PhD student in history at the University of Cambridge whose areas of interest are South Asia and the greater Middle East. 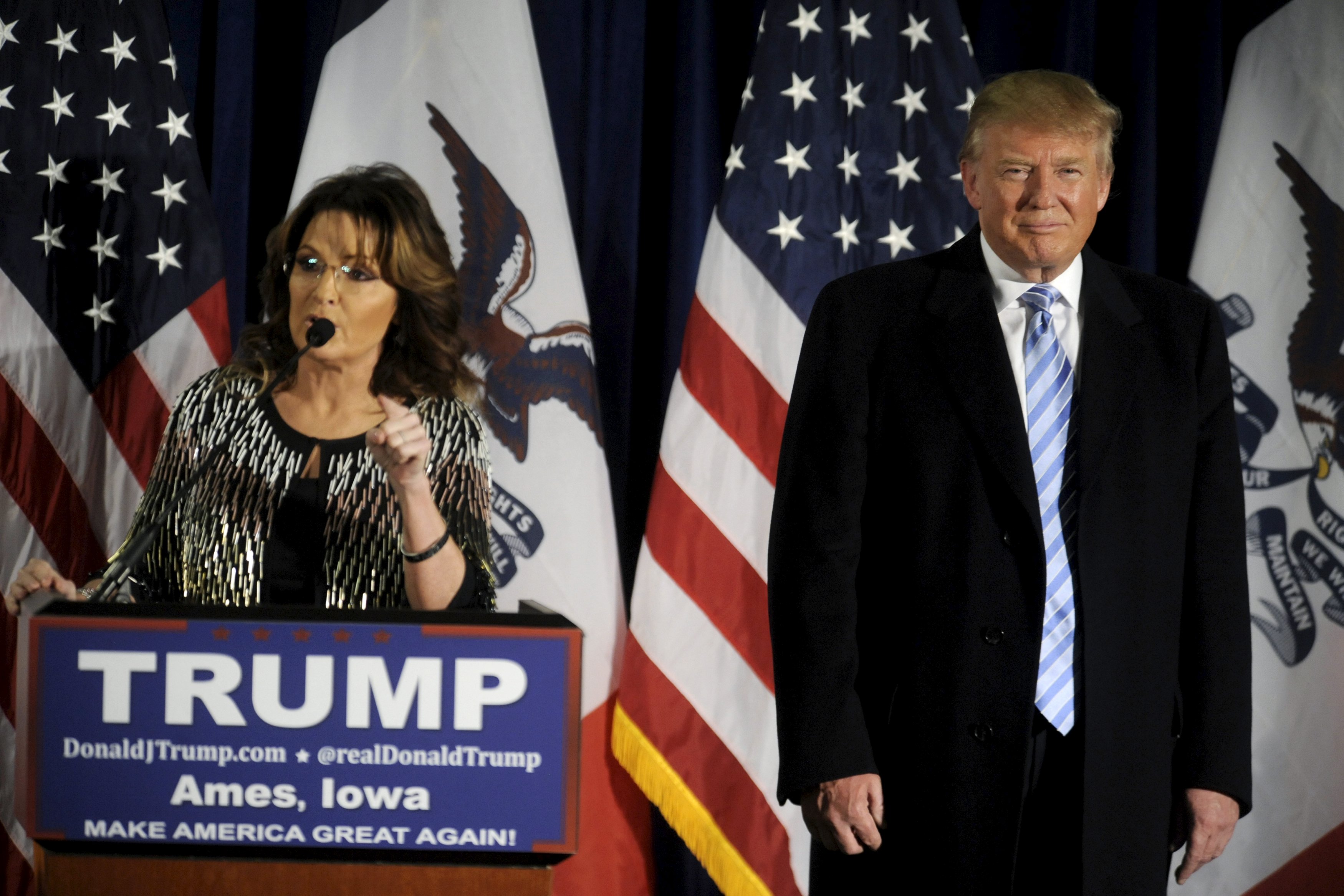 China tops US, Japan to Be Top Patent Filer