There is a whiff of â€œregime changeâ€ in the air these days, but not where you might expect it. Not in Iraq, where the conservative U.S.-backed Shiites are already in power. Not in Iran, where White House threats have served to unite, rather than divide, that country. But in Pakistan, where President Pervez Musharraf has recently fallen out of U.S. favor.

The Bush administration’s â€œman in Kabul,â€ Afghan President Hamid Karzai, recently fingered Pakistan as the source of the current fighting in the southern part of his country. â€œThe world should go where terrorism is nourished, where it is provided money and ideology,â€ he told a Kabul press conference this past June. â€œThe war in Afghanistan should not be limited to Afghanistan.â€

When President Bush visited Pakistan in March, he lectured President Musharraf about the need to be more aggressive in the â€œwar on terrorism,â€ although Pakistan has lost more soldiers fighting the Taliban in its northwestern tribal areas than the entire NATO coalition has lost in Afghanistan. And Bush refused to discuss the issue of Kashmir, the major flashpoint in Pakistan-India relations that has brought the two nuclear-armed powers to the brink of war on several occasions.

Indeed, when Musharraf asked for the same nuclear agreement that Washington had just handed New Delhi, Bush openly insulted his Islamabad hosts. With the Pakistani president standing stiffly beside him, Bush told the press, â€œI explained that Pakistan and India are different countries with different needs and histories.â€

The nuclear dealâ€”which was favorably voted out of House and Senate committeesâ€”would let India bypass Nuclear Non-Proliferation Treaty sanctions slapped on it for secretly developing atomic weapons. The Indians could freely buy uranium for their civilian reactors and in turn divert their meager domestic uranium supplies into constructing more nuclear weapons.

The Bush Administration also cut $350 million in civilian and military aid to Pakistan because of a â€œ failureâ€ to improve democracy and human rights.

And according to Syed Saleem Shahzad, Pakistan bureau chief for the Asia Times, â€œ Western intelligenceâ€ has helped funnel money through Oman, the United Arab Emirates, and London to insurgents in Pakistan’s Baluchistan Province.

One can hardly blame Pakistan for feeling as though they are in the U.S. crosshairs. But why the sudden thumb’s down from Washington? Musharraf has basically done everything the White House wanted him to do, including breaking with the Taliban and sending 90,000 troops to seal the border with Afghanistan.

The answer is not that Pakistan has fallen out of favor, but that it is a pawn that has outlived its usefulness in a global chess match aimed at China.

In 1992 the George H.W. Bush administration drew up a Defense Planning Guidance document that laid out a blueprint for a post-Cold War world. â€œThe United States will attempt to dissuade any military competitor from developing disruptive or other capabilities that could enable regional hegemony or hostile action against the United States,â€ the document read, continuing, â€œOf the major and emerging powers, China has the greatest potential to compete militarily with the United States.â€

Jump ahead to the year 2000 and a Foreign Affairs article by soon-to-be national security adviser, Condoleezza Rice: â€œChina is not a â€˜status quo’ power, but one that would like to alter Asia’s balance of power in its own favor â€¦ The United States must deepen its cooperation with Japan and South Korea and maintain its commitment to a robust military presence in the region,â€ she wrote, adding that the United States had to â€œpay close attention to India’s role in the regional balanceâ€ to recruit the latter into an anti-China alliance.

While September 11 and the wars in Afghanistan and Iraq derailed this grand scheme, recent developments suggest it is back on track, with strong support from the influential American Enterprise Institute, the Project for a New American Century, and wealthy foundations like Scaife, Olin, and Carthage.

Japan and Australia have agreed to field U.S.-supplied anti-ballistic missiles, and the administration is wooing India to do the same. While the rationale for the ABMs is North Korea, the real target is China’s twenty intercontinental ballistic missiles.

Japanâ€”which has one of the largest navies in the worldâ€”is stepping up its military coordination with the United States and has agreed to support the United States in case it intervenes in a war between China and Taiwan.

In the meantime, the United States is pouring men and materials into Asia and beefing up bases in Japan and Guam. It is also conducting war games with India, and jointly patrolling the Malacca Straits with the Indian Navy.

There is a certain schizophrenia in U.S. policy toward China, because the United States needs China to ramrod the Six Party Talks with North Korea and would like China to join Washington’s full court press on Iran. So far, however, China has refused to go along with economic sanctions against either Pyongyang or Tehran, a stance that has chilled relations with the Bush administration even further.

These counter-trends, however, are more than offset by Washington’s continuing efforts to build bases in Afghanistan, Tajikistan, and Kyrgyzstan, plus recent attacks by U.S. Defense Secretary Donald Rumsfeld on China’s military (using some of the same language as in the 1992 document). In short, the Defense Guidance Plan appears to be alive and well.

But while chess is a supremely logical game, diplomacy is considerably messier, and the grand scheme to corner the dragon is stirring up some dangerous regional furies.

To get Japan on board the anti-China coalition, Washington has encouraged Tokyo to adopt a more muscular foreign policy. As a result, Japan has sent troops to Iraq and dumped Article Nine of its constitution renouncing war as a â€œsovereign right of the nation.â€

When he was secretary of state, Colin Powell told the Financial Times, â€œIf Japan is going to play a full role on the world’s stage, Article 9 of the Japanese Constitution will have to be examined.â€

Japanese right-wingers, with the support of over 100 members of the Diet, as well as powerful industrial organizations like Canon and Mitsubishi, are pushing textbooks that rewrite the history of World War II and downplay Japanese atrocities. But this resurgent Japanese nationalism has angered and frightened nations in the region, many of which have vivid memories of World War II.

Goading the dragon has become almost a sport in Japan. The government of Prime Minister Junichiro Koizumi recently took control of a lighthouse first established by right-wing nationalists on Diaoyu Island, an action China called a â€œprovocation against, and an intrusion into territorial sovereignty.â€ Japan and China have also clashed over the Chunxiao offshore oil field. A Japanese official told the Financial Times that Tokyo was pursuing â€œproportional escalationâ€ over the fields.

South Korea, which suffered through more than three decades of brutal Japanese occupation, is barely on speaking terms with Tokyo, and has come close to blows with Japan over the Tokdo Islands claimed by both nations.

Washington’s support for Japan’s growing militarism has also fueled anti-Americanism in South Korea and a growing movement to close U.S. bases in that country. This is hardly the atmosphere for a grand alliance.

From Kashmir to Baluchistan

The law of unintended consequences may be playing itself out with Indian and Pakistan as well. India’s central strategy has always been to insure control of Kashmir and to weaken the Pakistani Army, two goals that the Bush administration seems to share.

According to the Asia Times, a CIA official told the Indians that weakening the Pakistani army was central to the U.S. goal of bringing â€œdemocracyâ€ to Pakistan, though the lack of it never bothered Washington in the past. The Times also reports that the CIA has been meeting with exiled former prime ministers Benazir Bhutto and Nawaz Sharif, who recently formed the Alliance for the Restoration of Democracy.

General Hamid Gul, former head of the Pakistani InterService Intelligence organization, told the PakTribune that he thought the United States was aiming to replace Musharraf.

If the United States sides with India on Kashmir, Pakistan could be looking at a strategic defeat in a long-running dispute that would not only weaken the army but possibly destabilize the entire country.

So could a stalemate in Pakistan’s counterinsurgency war in Baluchistan.

The Baluchistan conflict dates back to the 1947 partition of India and Pakistan. The Baluchs, who are ethnically distinct from the Punjabis who dominate Pakistan, were forced to become part of the new state. It is Pakistan’s poorest province and at the same time home to the country’s largest oil and gas deposits, two realities that help fuel the insurgency.

India has been sharply critical of Pakistani actions in Baluchistan, although the Indians are highly aggressive with their own separatist movements.

Is U.S. support for the nuclear deal and the Kashmir policy a quid pro quo for India joining the anti-China alliance? It is hard to fathom what else might explain Washington’s relentless criticism of Pakistan for not doing enough in the â€œwar on terrorism,â€ or the recent cut in aid.

Pakistan’s response has been to raise defense spending, step up its production of nuclear weapons, and test a new generation of long-range missiles. But there is a significant section of the Indian elite that doesn’t particularly fear a nuclear war between the two nations. â€œIndia can survive a nuclear attack,â€ says former Indian Defense Minister George Fernandes, â€œbut Pakistan cannot.â€

Washington’s obsession with China is unleashing some particularly malevolent forms of nationalism that threaten to destabilize a broad swath of the region from South Asia to the north Pacific. In this chess match, India, with its enormous population and economic potential, is a major piece on the board. Pakistan, with a sixth the population and a tenth the economic potential, is a pawn.

An expendable one it would appear.

Conn Hallinan is a foreign policy analyst for Foreign Policy In Focus (online at www.fpif.org) and a lecturer in journalism at the University of California, Santa Cruz.

Getting Through the Holiday Season 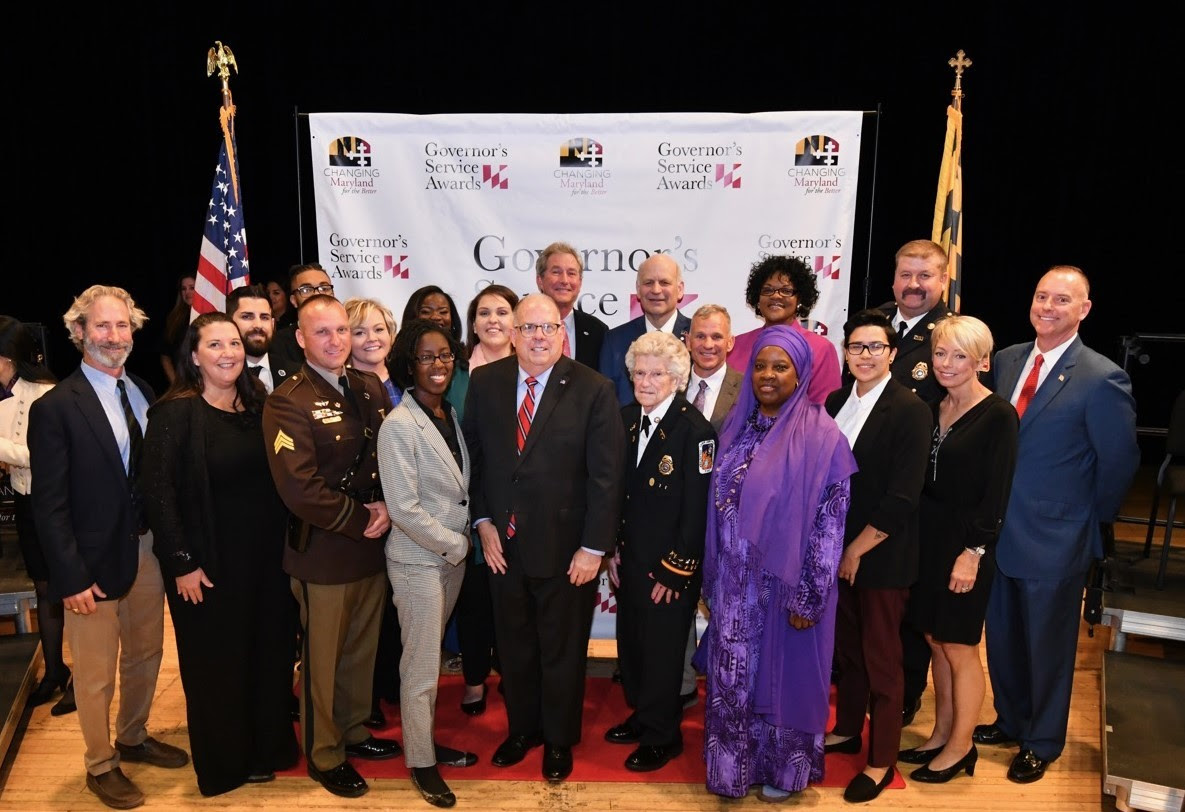 Dinara Safina to Miss Rest of Year Due to Injury