Erdogan is not Mubarak and this is no Arab Spring

THIS time last year we finally made it to Turkey. We spent a rare, serene week in Istanbul or Constantinople as it was once known. Our hotel was in the old city, which has been a witness to the march of history for thousands of years and is home to landmarks like Hagia Sophia, Blue Mosque â€” the two look like mirror images of each other â€”Topkapi Palace and much, much more.

Much of our time though was spent in Taksim Square, exploring its bustling bazaars or simply sitting in its exotic restaurants watching the world go by. My wife with her black burqa seemed to stand out. Shopkeepers and waiters addressed her as Hajja apparently mistaking her for an Arab. Full of excited Western tourists and happy young people, Taksim Square looked like the city center of any European city.

Today Taksim Square is roiled by the fiercest protests seen since Recep Tayyip Erdogan came to power 11 years ago. What began as a minor green protest defending one of Istanbulâ€™s many parks has turned into a massive anti-government agitation attracting global attention.

Clearly, the excessive reaction of riot police provided the necessary spark. But as Financial Times put it, it couldnâ€™t have caught fire so fast if there was no powder trail to ignite. Notwithstanding the three consecutive electoral wins of Prime Minister Erdogan and his Justice and Development (AK) Party, the powerful Kemalist establishment is far from down and out. It sees the Islamists as usurpers of Mustafa Kemalâ€™s legacy.

Erdogan for his part views the protests as yet another â€œplot by a fringe of secular extremists and anarchistsâ€ to destabilize his government. The fact that the protest which began in Istanbul spread to other parts of the country almost in sync suggests there may be something in his charge after all. Many enthusiastic Western and Arab commentators have chosen to describe this as Turkeyâ€™s own Arab Spring, drawing predictable parallels between Taksim and Cairoâ€™s iconic Tahrir Square that saw Hosni Mubarak humbled.

Erdogan is no Mubarak though. And Turkey is not the corrupt and log-abused country ruled with an iron hand that was Egypt until three years ago. If anything, Erdogan has helped restore democracy and people power to its full vigor and glory by reining in the power-hungry generals, corrupt bureaucrats and judges.

Doubtless, Ataturk played a decisive role in building the modern Turkey during what were truly the most turbulent years in world history. However, he also carried his revulsion of the Ottoman caliphs and their incompetence in the face of marching imperialism too far banishing Islam itself. In the Muslim country that for centuries led the faithful under the Ottomans, belief had become a burden.
Wearing Hijab was a crime and use of Arabic even in religious context was a â€œno-noâ€ as Ataturk went about changing the nationâ€™s Qibla, forcing it to look Westward. Rightly or wrongly, Ataturk believed that the West or Westâ€™s way held the answers to all of Turkeyâ€™s woes.

After Ataturkâ€™s departure, the army assumed his mantle and took it upon itself to think and decide for the people. For nearly seven decades, the army saw itself and acted as the so-called Deep State. It was the lord of all it surveyed, directly or indirectly ruling the country. (This model was heartily embraced by Pakistan, the newly created Muslim country, multiplying its woes).

The generals called the shots as they casually dismissed Parliaments and elected governments, as had been the case with Necmettin Erabkan in 1997. Both Erdogan and President Abdullah Gul cut their teeth under the first Islamist prime minister in a Versace suit and tie. The men in uniform tried the same against Erabkanâ€™s protÃ©gÃ© but ended up severely injuring themselves. One in eight generals today is in jail for that failed coup. The consummate strategist and smart student of history that he is, Erdogan has managed to tame the giant who had proved the nemesis of his mentor.

He hasnâ€™t merely defanged the army and strengthened democratic institutions. By bringing in constitutional, political and judicial reforms, Turkeyâ€™s tallest leader since Ataturk has given a new sense of direction and charted a new path altogether for the nation that for centuries has acted as the bridgeâ€”literallyâ€”between Europe and Asia and between Islam and the West.

Erdogan has combined his spectacular electoral success, winning three watershed elections each time with greater mandate, with all-round economic growth and development. From being heavily indebted to the IMF 10 years ago, Turkey has emerged as one of the fastest growing economies today. Itâ€™s one of the few that have survived the global economic meltdown and chaos next door in Europe. In fact, it has been investing heavily in the Middle East and its backyard in Central Asia and eastern Europe.

In the words of Financial Times, â€œErdoganâ€™s achievements â€” in modernizing Turkeyâ€™s economy, taming the army and pioneering a politics of Muslim democracy, starting accession negotiations with the European Union and now, in starting a peace process with the Kurds â€” are extraordinary. In an international landscape of political pygmies, Erdogan stands out.â€

One of his greatest achievements is busting the myth that Islam and democracy and religion and modernity cannot coexist. Even as he looks to join the EU and plays an ambitious role in the NATO, Turkeyâ€™s leader has successfully revived historical ties with the rest of the Islamic world and has been increasingly asserting the nationâ€™s leadership in affairs of the Ummah.

Long before it won the hearts and minds in the Arab world by confronting the once close ally Israel, Turkey had been admired as a role model for a modern and progressive Muslim society. This may be why Turkish television dramas are such a rage across the Middle East. Turkey has successfully married Islamic spirit and traditions with the demands of a fast evolving world. It has been the first to come out in active support of the cravings for change in the Maghreb and the larger neighborhood.

It would be real a shame if this formidable legacy and defining period in the nationâ€™s history is undermined by Erdoganâ€™s own impatience. He needs all his political acumen and extraordinary leadership skills to deal with this crisis in the heart of Istanbul. And the last thing he needs right now is a display of force. As Teddy Roosevelt advised, speak softly and carry a big stick; you will go far.

By using force to deal with protests, he would be playing right into the hands of his detractors who are trying to turn what is essentially a local civic issue into a national movement against the government.

It is not easy though. Erdogan and the governing AKP remain wildly popular and enjoy grassroots support. The only thing that can lend a new lease of life to the ossified, Kemalist elites and legitimacy to their â€˜causeâ€™ is the prime ministerâ€™s own response. In the end if anyone could bring down Erdogan, itâ€™s Erdogan himself.

Dissent and tolerance are essential to democracy. Turkeyâ€™s leaders-and their Islamist fellow travelers elsewhereâ€”have to learn to live with it. They must evolve more tolerant, nuanced ways of dealing with opposition as befits an inclusive democracy. How about visiting Taksim Square and addressing the protestersâ€™ legitimate concerns about the mindless development perhaps? It would instantly take the wind out of the oppositionâ€™s sails. A bulldozer approach to development, or anything for that matter, seldom works. The world is watching Turkey. It just cannot afford to fail.

The Knife at Pakistanâ€™s Throat 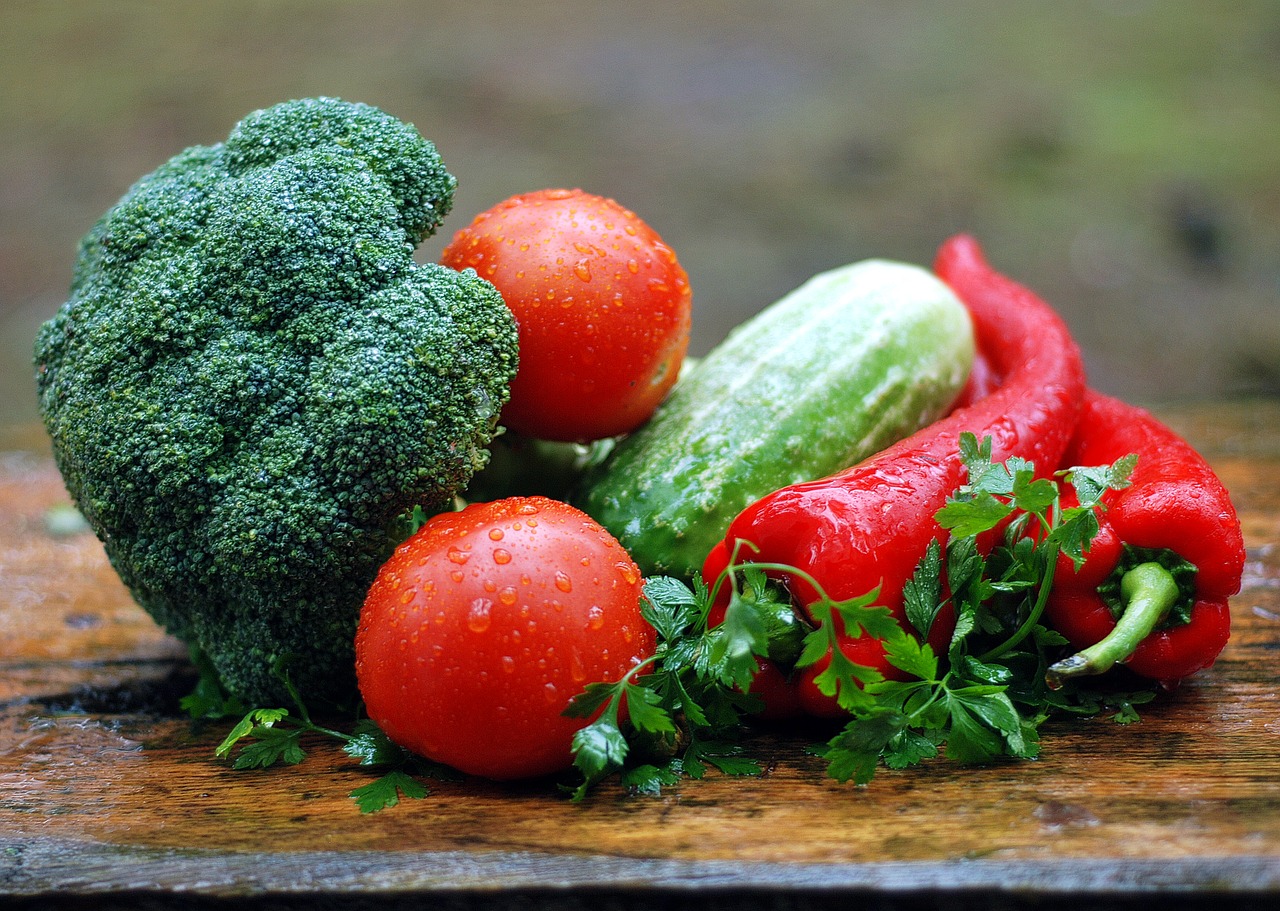 Cancer-Causing Pesticides Are Loaded on Your Fruits and Vegetables

Yemen Celebrates as Saleh Flees for Treatment, But Will He Be Back?