Ethiopian Prime Minister Abiy Ahmed won the 2019 Nobel Peace Prize for his sweeping reforms and bold action in bringing an end to the bitter decades-old conflict with neighboring country Eritrea.

Abiy, told the Nobel committee he was humbled and thrilled to receive its 100th peace prize, calling peace “a rare commodity in our region.” He hoped the award would encourage other African leaders to work for peace.

So far this week, 11 Nobel laureates have been named. The others received their awards for their achievements in medicine, physics, chemistry, and literature.  The prize carries a cash award, a gold medal, and a diploma. The award would be given on December 10 in Oslo, the death anniversary of Alfred Nobel.

His country celebrated saying. “We are proud as a nation!!!” his office said.

The 43-year-old prime minister believes in unity and inclusivity Born of a Muslim and an Orthodox Christian, and of mixed ethnic heritage, Abiy is leading a country with some 80 ethnic groups of 110 million people.

“No doubt some people will think this year’s prize is being awarded too early,” the Nobel committee said. But “it is now that Abiy Ahmed’s efforts deserve recognition and need encouragement.”

Abiy took office in early 2018 after widespread protests. Within weeks, Africa’s youngest leader made a peace deal with Eritrea ending a 20-year border war that saw some 80,000 people killed. He suddenly ended the world’s longest-running conflict.

The Nobel committee cited that peacemaking in awarding Abiy the prize and acknowledged that “peace does not arise from the actions of one party alone.” When Abiy “reached out his hand, President Afwerki grasped it.”

The Nobel committee said it hoped the award would bring positive change for all in both countries. It also noted Abiy’s other efforts toward reconciliation in the region — between Eritrea and Djibouti, between Kenya and Somalia, and in Sudan.

At home, Abiy released tens of thousands of prisoners, welcomed home once-banned opposition groups and acknowledged past abuses. He lifted restrictions placed on the media and announced that Ethiopia would hold free and fair elections in 2020. He included women in his Cabinet and appointed a female as president of the country.

The progress has been “incredible,” the United States said Friday.

The Nobel committee acknowledged that “many challenges remain unresolved.” And human rights and humanitarian groups moved quickly to urge Abiy to “continue to be brave,” as the Norwegian Refugee Council said.

“I have said often that winds of hope are blowing ever stronger across Africa. Prime Minister Abiy Ahmed is one of the main reasons why,” United Nations Secretary-General Antonio Guterres said.

Abiyyii Ahimad Alii, often shortened to Abiy Ahmed or just Abiy was born 15 August 1976 in the town of Beshasha in the historic Kaffa province. His deceased father, Ahmed Ali, was Muslim while his deceased mother, Tezeta Wolde was an Orthodox Christian Amhara.  He is the 13th child of his polygamous father and the sixth and youngest child of his mother. Abiy went to the local primary school and later continued his studies at secondary schools in Agaro town. Abiy, according to several personal reports, was always very interested in his own education. Abiy received his first degree in computer engineering from the Microlink Information Technology College in Addis Ababa in 2001 He holds a Master of Arts in Transformational Leadership. He also holds a second Master in Business Administration. He also completed his Ph.D. in 2017.  The title of his thesis is “Social Capital and its Role in Traditional Conflict Resolution in Ethiopia: The Case of Inter-Religious Conflict.

He married Zinash Tayachew, during their service in the Ethiopian Defense Forces. They are the parents of three daughters and one recently adopted son. He is a devout Evangelical Pentecostal Christian of the Full Believers Church. 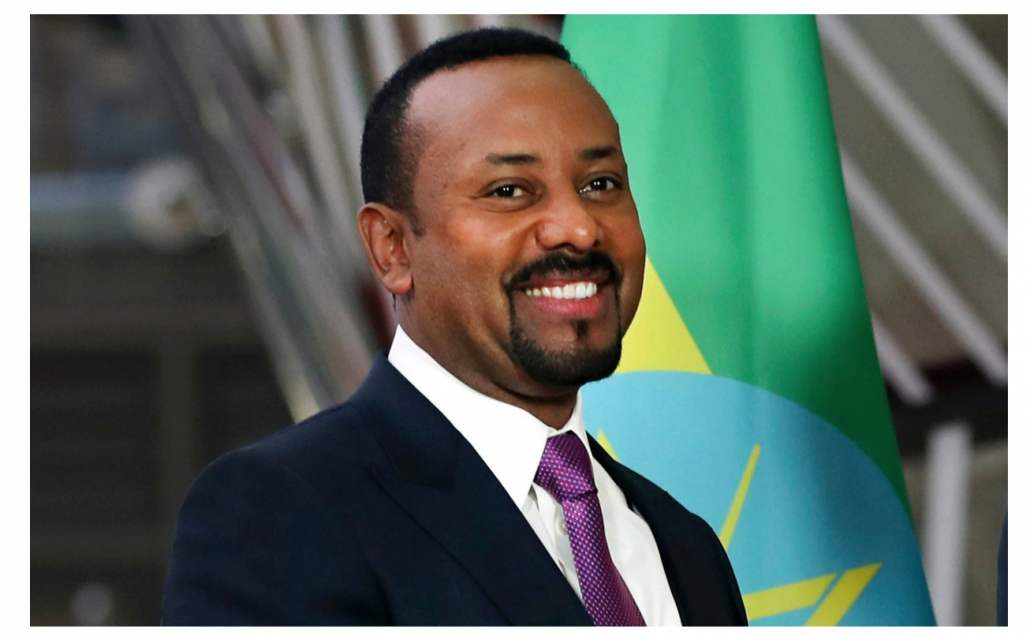 Are sports drinks a good choice?

"And Angela Is a Muslim"

© 2017 MuslimObserver.com, All Rights Reserved
The Turkish offensive against Kurdish groups