Her voice, gradual at first, quickly accelerated as the sharp gears in her head turned. There was no hesitation when she realized what was be- ing asked of her. After waiting for a beat, she suddenly revealed her thoughts.

“A big part of my humanity screams no,” she said, quivering with rage. “But the other part is that I’m a Hindu, and this law, and many other laws and policies, are articulated as being justified by Hinduism, but as a Hindu, I know that this is a lie.”

Sunita Viswanath, a Hindu, has been a strong opponent of the Citizenship Amendment Act, an Indian law that was first introduced in July. The law specifies that certain religious refugees will be granted faster citizenship access. Rather than having to wait the traditional twelve years for citizenship, they will be granted citizenship at a minimum of six years. The law specifically lists a number of religions that are allowed to be a part of this process but noticeably excludes the Islamic faith. This goes directly against India’s secular constitution, which indicates that the country will not discriminate against any religion. In fact, in its preamble, the Constitution declares that India is a “Sovereign Socialist Secular Democratic Republic” and is determined to “secure all its citizens.”

Viswanath, a committed human rights activist, has participated
in multiple protests against this issue, both in America and India itself. Despite having her own religion represented under the law, she feels the torment and trauma of others who don’t share the same predicament. One of her main goals has been to bring other Hindus to these gatherings in an effort to break the Hindutva (or Hindu extremist) ideology. “I believe very firmly that there needs to be a Hindu response to Hindutva,” she said with certainty.

In her opinion, the onset of this law and similar policies have been a result of the Hindutva mentality, which proclaims that Hindus are the true residents of India. According to this perspective, the entire country– from the beautiful, blue and white mountains in the north (Kashmir) to the golden-green farmlands in the south–is their holy land. Outsiders (especially those of other faiths) are shunned. To combat these opinions, Viswanath has also collaborated with other organizations to create briefings that educate elected officials about this topic, both in the large, wooden meeting rooms of Capitol Hill and in their brown-toned congressional offices.

India’s exclusion of this dominant religion in its law sparked outrage worldwide, leading to the organization of many different protests, especially in America. American Indian Muslims, along with human rights activists, have been keen to assert the importance of their inclusion in recent protests in New York City. Despite the efforts of many individuals who hoped to sway the Indian government’s proposal, the law went into official effect on December 12. A thousand infuriated protesters gathered in front of the white exterior Indian consulate in Manhattan on January 26 to express why the law is so detrimental to the Muslim presence in India. Pops of orange, green, and white, colors of the Indian flag, was evident in every part of the protest.

“I’m not against the government bringing in good laws for its nation, so long as the governing body takes into consideration every single citizen of its country,” said Minhaj M. Khan, the N.J. chapter president of the Indian American Muslim Council, matter-of-factly.

Khan was clear that a government needs to do what is best for its people. However, he reflects that a government should not discriminate against an entire religion. “The world is kind of slightly shifting from the world as a ‘global village’ to ‘my world is my country’ kind of situation,” he said with a voice of sadness and a hint of heartache.

Khan firmly believes that people have become more exclusive over time–that although they used to be interested in other cultures and ideas, they have once again become close-minded.

Protests against anti-Muslim sentiments in India are continuing to make their mark internationally; Muslims and non-Muslims alike are gathering together in masses to make sure their voices, strong and united, are heard. 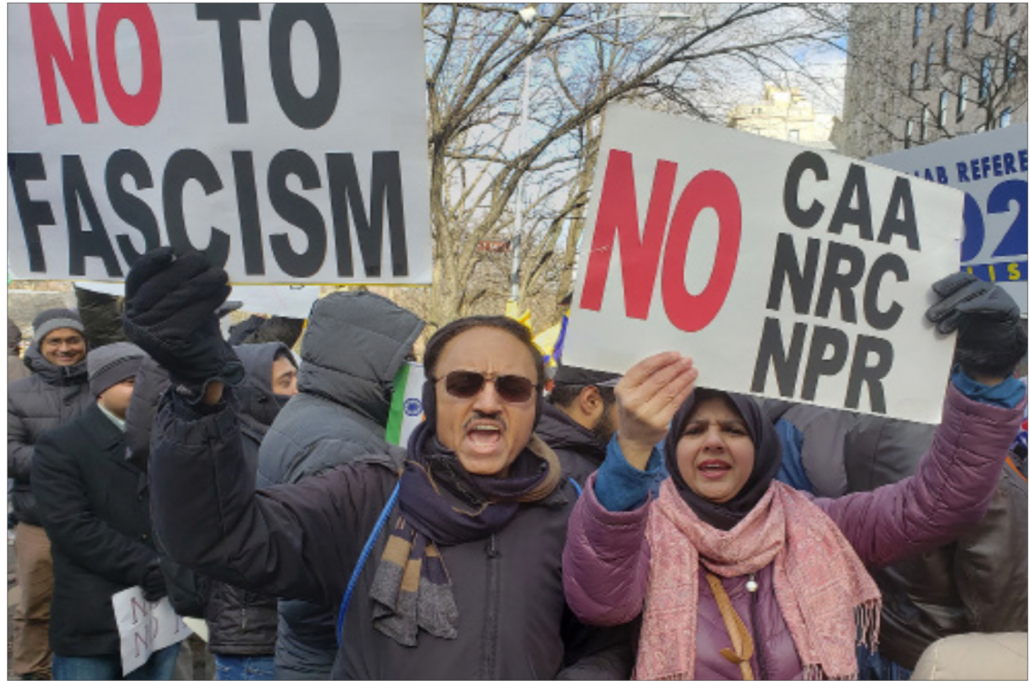 The Plague of the Witch Doctors
Courtesy Nelson Hultberg, nhultberg@afr.org â€œHere we are yet again in the midst of another â€˜global economic crisisâ€™,â€ says financial analyst,…