News agencies wrote: â€œAny depictions of the Prophet (peace be upon him) are considered blasphemous by Muslims.â€

The above statement is meant to fully summarize the reason behind the outrage that arises in Pakistan and other parts of the Muslim world whenever a provocative â€œartistâ€ decides to express his freedom of expression and â€œexposeâ€ Muslims as anti-democratic.

Such a simplistic interpretation of such an intricate issue.

There is no denial â€” and no shame â€” in the fact that most Muslims hold their Prophet (peace be upon him) in the highest regard. Despite the continued decrease in the number of faithful in increasingly secularized Western societies, Muslims are clinging even tighter to their faith. However, while the outrage over the latest transgression by some Facebook users may appear as a straightforward news story â€” that of Western values versus Muslim narrow-mindedness â€” the true underpinnings of the outrage are suspiciously missing.

The naÃ¯ve depiction by the Western media makes it easy for â€œfreedom of expressionâ€ enthusiasts to condemn Muslims for yet again failing the democracy test.

The latest Facebook episode is a remake of the same old story. Some ill-intended â€œartistâ€, under the guise of freedom of speech, takes on a confrontational mission, knowing fully the response such an act will generate, and perhaps the lives that will be lost. Muslims, predictably, respond through angry protests, burning flags, denouncing America, Israel, Zionism, Facebook, YouTube and so on. Strangely, the very governments that are considered US allies tend to be at the forefront of condemning the â€œblasphemousâ€ provocations. Muslim masses are thus exploited on all fronts â€” by the media, by anti-Muslims, by right-wing forces in the West, and by their own governments.

This, in turn, gives more ammunition to the â€œIslamophobesâ€ who constantly try to fan the flames in order to validate their racist perception of Muslims. The likes of Daniel Pipes, Alan Dershowitz, and other â€œexpertsâ€ invade our TV screens and take on the responsibility of lecturing the world on Islam. They use the same reductionist and racist language that they have utilized for years in the guise of academic jargon.

Why, though, are these â€œacademicsâ€ and â€œintellectualsâ€ eager to discredit Islam? And why are Muslims playing right into their hands?

It behooves us all to remember that some of those who champion freedom of expression are selective in their advocacy. Freedom of expression becomes important when the holiest symbols of Islam are paraded, ridiculed and stereotyped. However, these very advocates are enraged when the opinions being expressed are inconsistent with their own agenda, which is overtly militant and hegemonic, and refuses to take into consideration any honest opinion of Israel and its war crimes against Palestinians. One needs to recall the way that the respected South African Judge Richard Goldstone, himself Jewish, was depicted for pointing out the horrendous crimes committed in Gaza during Israelâ€™s most recent war. More, these individuals seem completely oblivious when Muslims are denied the right to express their own values. When, for example, was the last time a right-wing fanatic stood up for a Muslim womanâ€™s right to cover her hair or face?

It must be stated, however, that discrediting Muslims and Islam is not a random strategy. It is very much in tandem with an overriding agenda that has occupied the thinking of many right-wing and Zionist ideologues for years, especially following the wars in Afghanistan and Iraq, and the rising of anti-immigrant and anti-Muslim fervor in various Western countries. The aim is to dehumanize Muslims, to make them seem less civilized, and thus less worthy of equal human rights. In other words, Muslims cannot be dealt with using the same standards that apply to Westerners, because they have failed to subscribe to Western values. The angry protests in Pakistan are supposedly proof of this. This makes war easy and sanctions morally justifiable.

Why are Muslims playing right into this? Actually, they are not, although it would seem otherwise. The fact is, many Muslim nations are caught between two layers of oppression: That of outsiders â€” wars and occupation, interference in their countriesâ€™ affairs, all forms of humiliation and exploitation â€” and internal pressures â€” corruption, oppression and denial of rights, including, yes, freedom of expression, speech, assembly and democracy itself. These rights are also denied by the very countries that are seen as â€œpro-American.â€

Under these external and internal pressures, Muslim societies embrace even closer their everlasting Islamic symbols. Islam, for many Muslims, represents more than just a way of life and an answer to unworldly questions. It also provides a sense of hope, and it helps to maintain a level of solidarity and societal cohesion. The harder peopleâ€™s lives become, the more impoverished, oppressed and abused, the stronger their faith grows.

Considering all this, insulting Islam, bashing Islamic symbols and values is equivalent to denying the Muslim masses their last and only chance at dignity and hope.

Those who are under the impression that Muslims are opposed to freedom of expression are only seeing a small part of the picture. Those versed in history understand that it was Muslim advancements in science, art and literature, and their most impressive translations of the great works of ancient civilizations that allowed Europe to bask in the sun of its renaissance.

Moreover, those who are sensible enough to see the big picture will understand that when a Pakistani woman chants, â€œDeath to Facebookâ€ â€” as pitiful and confusing as such a phrase may sound â€” she is not actually referring to a social networking website. Far from it, especially since numerous Muslims have utilized Facebook to share their own ideas with the rest of the world. What the woman is chanting against is the manipulation of freedom of expression to further humiliate her people. She is standing in solidarity with European Muslim communities who are under a most intense attack on their civil rights and liberties.

She is angry at the war in Afghanistan, the constant bombing of innocents in Pakistan, the occupation of Iraq, the rape of women and the parading of naked prisoners, the siege in Gaza. She is angry about the Western double standards regarding democracy, about her own oppression and her peopleâ€™s misfortunes. And so much more.

â€” Ramzy Baroud is a columnist and the editor of PalestineChronicle.com.

The Truth Behind Tactical ETF Investing

The Case of the Missing Terrorists 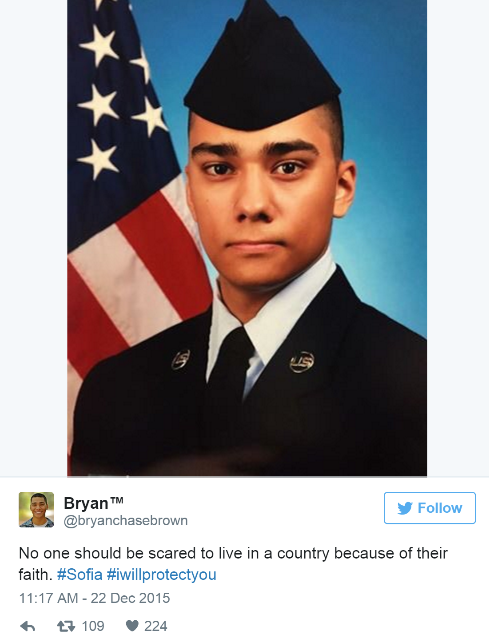 “US Was Wrong” Guantánamo Bay: the US was dead wrong, but no one can admit it