I’m extremely lucky to be surrounded by dozens of intelligent and outspoken Muslim women in my life. They’re all incredible people, with interesting lives and even more compelling thoughts. There is one idea that seems to reverberate through our conversations: gender in Islam.

This topic is so vast and diverse, that I could sit all day talking about it. However, I want to focus on one aspect of gender in Islam, the prevalence of feminism and feminist thought in Quranic texts and Islamic circles. There is an ongoing debate on whether Islam is feminist religion. My outspoken female Muslim friends are quick to say yes to the topic, while others on the Internet would wholeheartedly disagree. For this issue, I want to have a nuanced approach to calling Islam a feminist religion.

I raise an eyebrow when I hear people call Islam a feminist religion or claim that feminism was created and has always been a fundamental part of Islam. While people who believe that viewpoint have relevant reasons to back up their ideas, that logic begins to fall when one looks at the fundamental basis of all religions. To start, the Quran is extremely vague. Some parts have been noted to be contradictory. These things aren’t autonomous to the Quran, though. Almost all religious texts contain some questionable aspects that the believers of said religion simply don’t like. There are just as many people who disagree with translations and meanings of the Quran as there are with the Bible and Torah.

Also, there are different ways to interpret the Quran. For example, let’s take the hijab. Most Muslims can agree that the hijab is recommended as a way to maintain modesty. However, there are varying opinions on making the hijab a mandatory part of Islamic dress codes. For some women, the hijab is an incredible way to express their religious beliefs and it makes them feel fabulous. For others, the hijab is a symbol of female suppression. Many Muslim women think that wearing anything less than a turtleneck leads to objectification. Yet, there are just as many Muslim women who wear shorts and feel like they’re fighting a culture of patriarchy.

The hijab debate is one of the many reasons why it’s wrong to put ideological labels to religions. There are Muslims who feel liberated by doing every single thing that’s “halal” and those who feel like the rules of their religion bound them to unnecessary chains. With the variety of interpretations of Islam, I hate seeing people tack a singular ideology to it. Don’t forget that Islam, like all other religions, are belief systems. These systems give people values in order to form principles. Feminism is a multifaceted ideology, which was created from a certain set of viewpoints. Ideas aren’t inherently values, because you can think and act upon something. However, you can believe something totally different.

What you think does not completely translate to values you believe in and the actions you ultimately carry out day to day. You might jam out to “Do What You Want” on the radio and scream “yass Gaga” every time you see The Meat Dress. And in the same breath, you can think that Muslim women should never leave the house without an abaya and niqab. Because of nuances like this, I hate aligning religions with any type of political or social ideology.

On that note, I wish theocratic governments, like Saudi Arabia and Iraq, would just flat out say that they don’t want women in the public sphere, simply because they have a chauvinistic culture, instead of pointing everything to Islamic culture and Quranic scripture. There are entire sects of Islam and independent Muslim countries that are totally fine with women occupying public spaces, doing whatever they want to, and wearing the clothing of their choice.

In all, it’s so ridiculous to assume somebody is a feminist just by his or her religious beliefs. I think in the end, it comes down to two main ideas: actions and beliefs. You can call yourself a nice person, but you’re not truly nice until you do the things that define nice people, like holding the door, inviting someone eating alone to your table, or maintaining patience around annoying individuals. Likewise, you’re a feminist, because you think, talk, and act upon the idea of creating an equitable world. It’s much harder to classify someone as a Muslim, because there are so many interpretations of what makes a “true Muslim.”

In my last example, I want to mention that plenty of imams say they’re pro-woman; yet, there are few imams who judge a woman’s actions to the same standard as a man’s. I think it goes to say that religions aren’t inherently feminist or not, this distinction lies in the actions and ideals of believers. You, a free-thinking person, can choose to be a feminist. Your religion is not feminist. It’s just that, a religion. 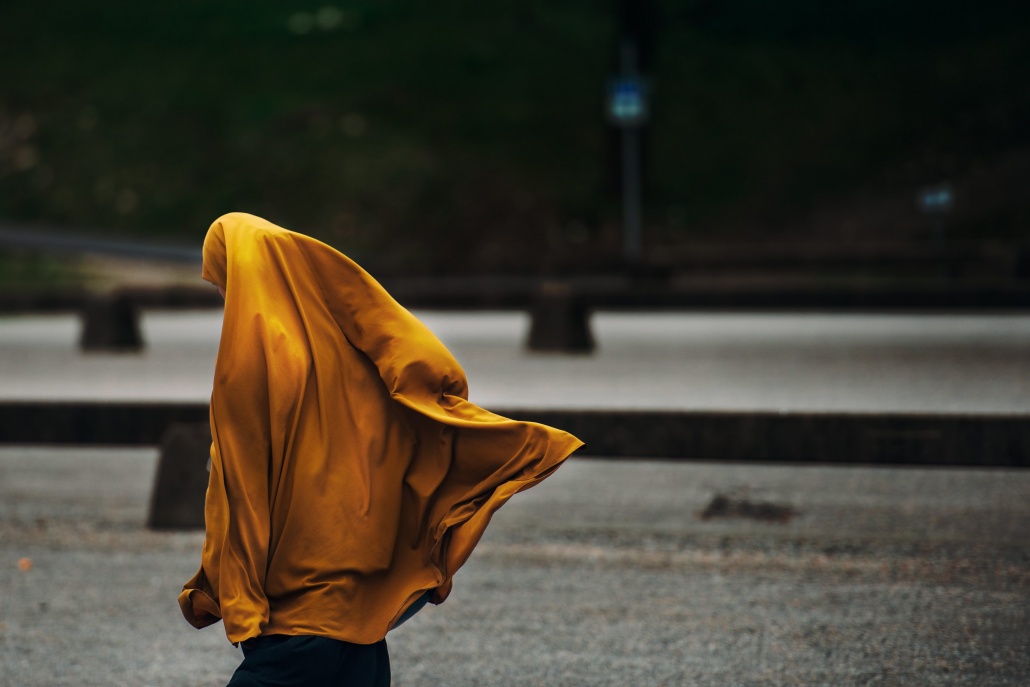 Get Rid of Unrealistic New Year Goals
Scroll to top