The lack of regulation by the state and local governments is â€œsimply gross negligence.â€

Hydraulic fracturing, or fracking, is a relatively new way of extracting natural gas or oil from shale by exploding the rock with pressurized water mixed with chemicals. Scott Tong writes in Marketplace that fracking has â€œunlocked a new geologic door to fossil energy.â€ The drilling is done horizontally, which means fewer holes are able to extract larger amounts of gas.

It also means that an oil company could extract gas from the ground beneath your house, or underneath local wildlife preserves.

The upsides of the domestic gas and oil boom include less dependency on foreign suppliers, jobs for Americans, and new businesses opening to cater to the needs of the industry. However, serious hazards are involved – water, soil and air contamination have long term consequences – plus more immediate dangers like huge explosions that could wipe out entire neighborhoods. If steps are not taken to regulate this growing industry more effectively, the results of fracking could end up being far more costly in the long run than any short term economic benefits.

In the US, oil and gas companies are privately owned, and they compete against each other. The government does not own the mineral rights below the surface of the earth, even when itâ€™s below a National Park. The oil and gas industry is one of the most powerful lobbies in the United States. They have been able to fight environmental regulations and get exceptions.

The government is currently extremely limited in its ability to oversee the fracking process and to ensure that safety measures are in place. Environmental departments are already generally understaffed, so to create an environmental department capable of inspecting hundreds of thousands of oil wells, all the underground piping and the related paperwork puts an unreasonable burden upon taxpayers. Yet, because of oil companiesâ€™ legal rights, the government cannot get overly involved in their affairs until after a crime is committed – or to help with evacuations and clean up after a spill or leak has occurred.

Another serious obstacle in the way of public safety is that the law usually puts the burden of proof on the accuser. The victim of environmental poisoning must prove that his sickness was caused by the nearby drilling. Many homeowners do not test their well water for contamination until after there is a problem. The law requires them to present previous documentation of the well not being contaminated before the oil company started drilling, in order to make the claim that the drilling is responsible. Even if recent contamination can be proven, the homeowner still has to demonstrate how those particular contaminants were created by what process and by which oil company. This is far beyond the scope of power of ordinary individuals. Most private citizens are not in a position to determine the exact sources of pollutants. The oil companies themselves donâ€™t even have accurate maps of where all the underground pipes are located.

Many neighborhoods and towns are organizing their own environmental watch dog groups to do scientific research, collect data and keep records in order to pressure the government to be more vigilant about inspections and more firm in punishing violations so that they do not recur.

â€œIâ€™ve had too much experience running independents,â€ Mitchell says. â€œTheyâ€™re wild people. You just canâ€™t control them. Penalize the oil and gas people. Get tough with them.â€

All the research shows that thousands of oil wells are not being inspected regularly by the government. When the wells are inspected, safety violations are found. Inspection procedures for the piping and other elements of the process do not even exist.

One Texas community founded the Gardenville Accountability Project after being utterly run over by Berry Petroleum. They are well organized and fighting back, documenting abuses. Berry has plans for 300 wells in a 12 square mile area. None of the land owners own the mineral rights under the surface. On December 6, 2012, Dan Boggs, president of Gardendale Accountability Project listed multiple and frightening problems on their community blog:

â€œAs I write this there is a gas pipeline fire after an explosion down the road a few miles from Gardendale near a small community. Our prayer is that no one was hurt. Last night in Gardendale there was a 10 barrel oil spill from a well. Some reports have oil shooting 75 feet into the air. This morning (the second time in a week) we had noxious fumes drift over our home. It was reported to the health dept. and the TCEQ (Texas Commission on Environmental Quality). I suspect both releases were from the same well. Recently we have had a gas flare FALL OVER and threaten homes. Another gas flare fire shot flaming liquid high into the air and sent black smoke belching into the sky. How long will our representatives ignore the health and safety hazards they allow in our communities?â€

A former pipeline executive told Fort Worth Weekly, â€œThe truth is, itâ€™s just insane to have wet gas around schools. Yet you go down to Vickery and Horne and turn north and see pipes right across the street from a school. And all pipes leak over time. They corrode and rot out, and the initial builder sells out, and you wind up with some jackleg [company] with little insurance owning the lines, not being able to maintain them properly.â€

Gas can soak into the ground around the pipeline. You canâ€™t see it, smell it, taste it. And then boom! The maze of underground pipes is so complex that when an explosion happens, it is often difficult to determine which company it belongs to, so they can shut off the valve. Emergency crews do not even have access to the gas shut-off valves.

The lack of regulation by the state and local governments is â€œsimply gross negligence.â€

Royce Don Deaver of Houston, a pipeline engineer and expert witness in pipeline explosion cases, considers pipelines to be a relatively safe way to move gas, but only if they are regulated properly. Stronger, thicker steel construction is particularly important in an urban environment, he said.

â€œThe solution is there. Itâ€™s just money. But the cost issue is so great that pipeline companies are not going to do it unless theyâ€™re pushed. And the way things are now, regulators donâ€™t have scientists telling them what to do.â€

Earthworksâ€™ Oil & Gas Accountability Project has compiled data on the immediate health effects of fracking on Texans. They conclude that the stateâ€™s present regulations, laws and enforcement policies are far too weak. Each year, hundreds of thousands of oil and gas wells â€“ 53 to 91% of wells in the states studied â€“ are operating with no inspections to determine whether they are in compliance with state rules. When inspections do uncover rule violations, the violations often are not formally recorded. When violations are recorded, they result in so few penalties that they provide little incentive for companies to not offend again.

Earthworks reports: â€œNot only are the resources for dealing with the health and environmental impacts of gas production insufficient to meet the scale of the boom, but state regulators consistently downplay the risks, take sides with industry against landowners, and respond to complaints feebly, if at all.â€

Where drilling goes, contamination, burning nostrils, and health problems follow. Affected neighbors are forced to buy bottled water, and in some cases, must even buy water to bathe.

â€œItâ€™s ruining us,â€ Bartonville resident Kelly Gant told  The New York Times in February 2011. She said her 14-year-old daughter and 11-year-old son have had severe asthma attacks, dizzy spells and headaches since a compressor station and a gas well were set up near her house about two years ago.

â€œIâ€™m not an activist, an alarmist, a Democrat, environmentalist or anything like that,â€ Ms. Gant said. â€œIâ€™m just a person who isnâ€™t able to manage the health of my family because of all this drilling.â€

In 2009, Wolf Eagle Environmental sampled the air in Dish, Texas and confirmed the presence of high concentrations of carcinogens and neurotoxins in air near or on residential properties.

When the millions of gallons of contaminated water used for hydraulic fracturing returns to the surface as â€œflowback,â€ this toxic soup requires permanent disposal in deep sealed wells. The question of how to prevent fracking water from returning to the normal water cycle presents a scientific problem like storing nuclear waste.

Fracking is too profitable to go away anytime soon. Scientific advances are expected to make the process more effective and we hope, more safe. In the meantime, certain states are trying to place limits on what the oil companies can dig up in order to preserve natural beauty. New York and Pennsylvania have placed a moratorium on oil development in certain areas.

Don Barber told Mother Jones. â€œThe federal government sold [Americans] out when they exempted fracking from the Clean Water and Air Acts. Federal and state governments are not advocating for the civil society. Thereâ€™s only one level left. Thatâ€™s the local government, and it puts a tremendous load on our shoulders.â€ 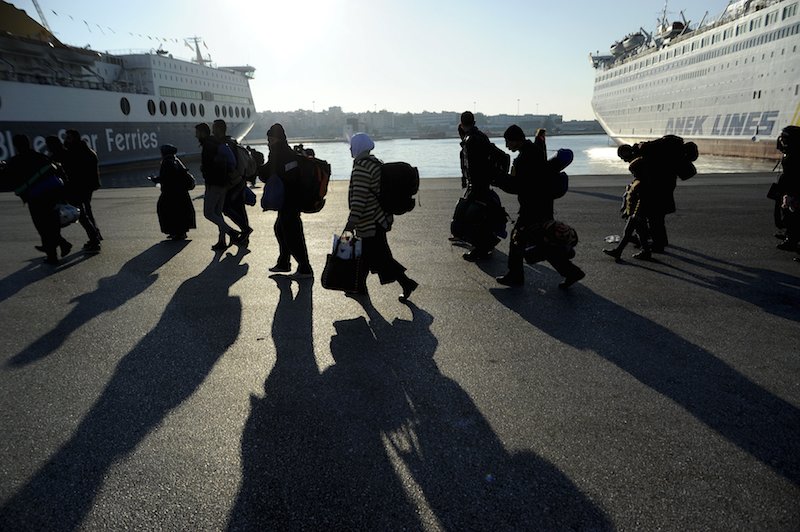 War Crimes, Crimes Against Humanity And Genocide In Iraq
Case Filed Against 4 US Presidents and 4 UK Prime Ministers By The Brussels Tribunal October 08, 2009 â€œInformation Clearing…