The Pakistan floods have devastated a nation already reeling from violence and poverty. Unless the West steps up its aid, the Taliban will fill the void

Pakistan celebrated its 63rd birthday yesterday. Itâ€™s the country I feel I grew up in, arriving 15 years ago almost to the day as a 21-year-old bride and emerging a decade later a more questioning and conflicted person. I now have children who support the national cricket team and who visit every school holiday. I am still maddened by Pakistanâ€™s faults, but I am inextricably connected to it and become defensive if others criticise.

I still go there often. Last year I visited the refugee camps close to the Swat valley where the army was fighting the Taliban. At that time there were up to 2.5m internally displaced people as a result of conflict in the northwest of the country. I heard how every child in the camp had witnessed public beheadings.

A few years earlier I was in Pakistan in the aftermath of the earthquake that killed about 75,000 people. On top of the war against the Taliban, with almost daily suicide bombings, a separatist uprising in the province of Baluchistan, a hostile neighbour, recession, inflation and unemployment, Pakistan seems to face a natural disaster almost every year.

Nothing, though, compares to the catastrophe of the floods. Friends recount tales of a few heartening miracles but without much conviction â€” a one-year-old baby found alive inside a floating water cooler reunited with its mother, a newborn rescued after being bound by his dying father to the top branches of a tree.

The death toll, amounting to 1,600 people, has, Alhamdulillah (praise to God), so far been low relative to the magnitude of the disaster facing Pakistan. Mostly, though, the stories are grim. My ex-husband Imran Khan, whom I spoke to after he visited flood-hit areas in the northwest, sounded uncharacteristically defeated; more so, I thought, than even after his cancer hospital was bombed in 1996. â€œPakistan could implode, Jem,â€ he said. â€œWe are already on the brink of bankruptcy. The poverty and the suffering will be unimaginable. Best not to send the children this weekend. Thereâ€™s too much to do.â€

There are reports of fights for food at distribution points, with widowed women and the weak left empty-handed, of survivors attacking government officials, of babies with nothing but contaminated water to drink, of herds of dead water buffalo floating in flood water, of acute diarrhoea.

What many forget is that ordinary Pakistanis have suffered more as a result of corruption and terrorism than anyone else Two million people are now homeless, electricity grids have been closed down to prevent electrocution, water supplies are contaminated, livestock drowned, 1.7m acres of crops destroyed, bridges, roads, schools, whole villages swept away. Experts have warned of the high risk of a cholera epidemic and further monsoon downpours are forecast. Unlike in the aftermath of the 2005 earthquake, when people jumped into their cars crammed with whatever supplies they had in their kitchens and drove to the affected areas, this time there is no voluntary mobilisation. â€œPeople donâ€™t even know where to begin,â€ Imran says wearily.

Every province in Pakistan has been affected and 14m people â€” about one in 10 of the population â€” need help.

That is more than the total affected by the Asian tsunami, the 2005 Pakistan earthquake and the Haiti quake combined. Dr Mohammed Rafiq, the Pakistan programme specialist for Unicef, the United Nations childrenâ€™s organisation, says: â€œThis is the worst challenge I have seen in my lifetime, far worse than the earthquake. That was contained in one area so the rest of the country was able to help. This has affected everyone and what we are seeing now is only the beginning. This is a long-term emergency.â€ There are 6m children in urgent need of help.

Yet the response from the international community has been described as â€œsluggishâ€, a diplomatic euphemism for depressing, inadequate, pathetic. So far it has committed funding that works out at just over $3 (Â£1.90) per flood-affected person, according to the BBC. The commitment per person after the 2005 Pakistani earthquake was, by comparison, $70 and for this yearâ€™s earthquake in Haiti it was $495.

Friends I have spoken to in Britain are keen to donate but are concerned that their money will line some corrupt officialâ€™s pocket or go to some organisation that is a front for terrorism. You only have to look at the blogs to see thereâ€™s not much sympathy left for Pakistan in the West.

Corruption and terrorism have become synonymous with the country, not helped by David Cameronâ€™s recent remarks in India that Pakistan must not be allowed to â€œpromote the export of terrorâ€ nor the publication of documents by WikiLeaks linking ISI, Pakistanâ€™s intelligence agency, to the Taliban.

Itâ€™s not just the international community that is wary. Pakistanis themselves have failed to donate to the emergency fund set up by their own government. Many are choosing to give hand-outs directly instead. Thereâ€™s widespread anger in the country against the government, exacerbated by the presidentâ€™s ill-timed and costly jaunt to London to see our own prime minister earlier this month. As Imran says: â€œNo one trusts the government to administer the funds properly. No one knows where to give or where to even begin to help. Itâ€™s so huge.â€

There are good reasons to be cynical. Pakistan has a president formerly known as Mr 10% (upgraded since his presidency to Mr 110%), who is alleged to have acquired up to $1.5 billion (Â£960m) through corruption. Seventy per cent of the money given by the World Bank to be spent on flood prevention has been embezzled or spent badly, according to Syed Adil Gilani at Transparency International Pakistan, the non-governmental organisation.

What many forget is that ordinary Pakistanis have suffered more as a result of corruption and terrorism than anyone else. Before 2002, when President Pervez Musharraf sent the Pakistani army into the tribal areas at the behest of America, there had never been any suicide bombings and there was no Pakistani Taliban. Since then more than 8,000 civilians have been killed in suicide bombings and 30 militant groups are operating illegally in the country.

Pakistan has lost more than 2,000 soldiers fighting militants inside its borders. Seventy American Predator drone attacks this year alone have killed 200 Pakistanis with no leading terrorists among the dead. Pakistan has become both the collateral damage of the war in Afghanistan as well as the Westâ€™s favourite whipping boy now that it looks unwinnable.

Meanwhile, the Pakistani Taliban and the banned Islamic charity Jamaat-ud-Dawa have called on the government to reject western aid. They have a vested interest. The danger is that charities with ties to militant groups will step in to provide relief to the affected communities as happened after the earthquake.

I travelled to the quake-obliterated areas a year later. I saw two things: first, that the international donor agencies such as Unicef, which are already established in Pakistan and have a proven track record at operating in disaster zones, do an exemplary job working with local partners with logistical knowledge. I visited Unicef schools and well-run camps where children were sheltered, fed, inoculated and educated.

Second, in areas where aid agencies do not have a presence, we heard reports of unaccounted-for missing children and saw painted signs outside several madrasahs â€” some of which were Saudi-funded â€” advertising the fact that they had absorbed earthquake orphans who had nowhere else to go.

Jihadi-linked charitable organisations have been very effective at providing aid in times of crisis. The 2m children in Pakistanâ€™s madrasahs are provided with free shelter, food and limited education where there is no government-funded alternative. In Mianwali, Imranâ€™s constituency, 70% of all government schools are closed â€” â€œ20% are ghost schools which exist only on paper, the other 50% have no teachers. Itâ€™s not surprising that poor people send their children to madrasahsâ€. There is a danger that those same charities will step into the void and gain credibility in the face of the governmentâ€™s ineptitude.

The floods are likely to lead to massive poverty and unrest in an already volatile nuclear-armed country. There are two reasons why this should concern us here. In the geopolitical sense an impoverished, unstable, ungovernable Pakistan, with no control over militant extremists, would be a disaster that would make the floods look like rising damp. More importantly, it should concern us as human beings: a dying father tied his newborn child to a tree trusting that someone would help. That someone should be all of us.

Click on any of the links below to donate: 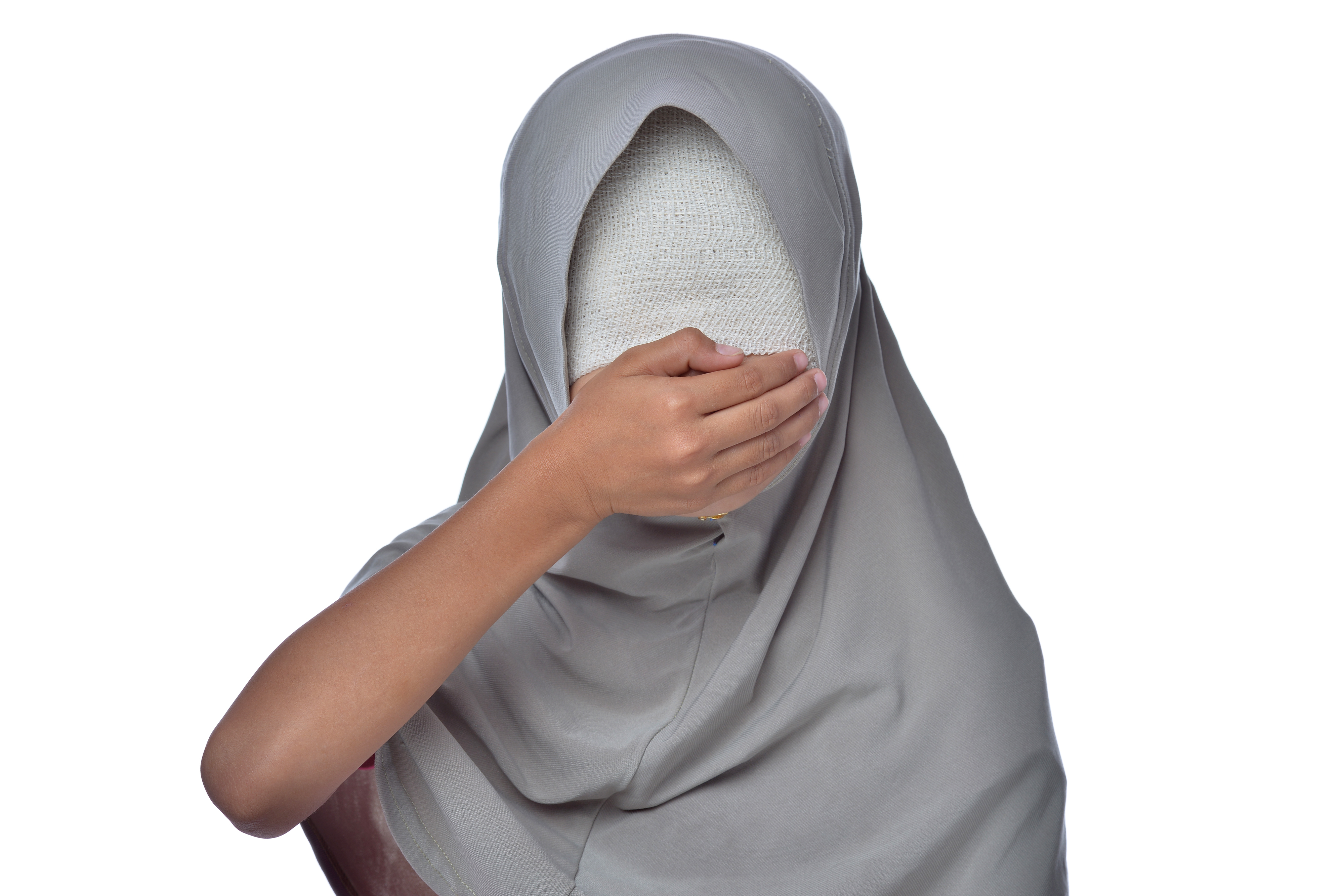