There is hope for peace in the ongoing conflict between India and Pakistan. Amidst tensions escalating between the two nuclear-armed countries, Pakistani Prime Minister Imran Khan said the Indian pilot who was captured by Pakistani forces after his plane was shot down this week would be released as a gesture of peace on March 1.

While many feared the conflict would escalate out of control causing another World War, Khan emphasized his motive to avoid war with India by saying, “let’s settle this with talks.”

“Our action was only intended to convey that if you can come into our country, we can do the same,” Khan said, referring to the airstrikes by India on Tuesday. “With the weapons you have and the weapons we have, can we really afford a miscalculation?”

As of yet, no public statement has been made by Indian Prime Minister Narendra Modi.

The pending release brings ease to the international community that feared the risk of further conflict between the two countries who were once engaged in a dangerous military encounter back in 1971 with the testing of their nuclear weapons.

World leaders called on both countries to step back from conflict after they engaged in back-to-back airstrikes last month. Including an airstrike launched by India earlier this week where bombs were dropped outside the town Balakot, about 40 miles into Pakistani territory, according to the Washington Post.  In response, Pakistan shot down two Indian military aircraft over its territory, capturing the Indian wing commander Abhinandan Varthaman and launching strikes into the Indian territory of Kashmir.

While Pakistan said the first airstrike from India hit an unpopulated area, India said the location was the site of a terrorist training camp.

The conflict between the two countries triggered on February 14 when a suicide bomb attack on an Indian Central Reserve Police Force (CRPF) bus killed at least 40 CRPF parliamentary troopers and critically injured dozens in the Pulwama region of Jammu and Kashmir.

The Pulwama Attack is considered one of the deadliest attack to occur in the last 20 years in the ongoing conflict between India and Pakistan.

Adil Ahmed Dar, 20, was identified as the suicide bomber who drove the car with explosives into the bus. Pakistani-based terrorist group Jaish-e-Mohammad, also known as Army of Mohammad, has claimed responsibility for the attack.

According to Al Jazeera, Jaish-e-Mohammad was formed by Pakistani cleric Maulana Masood Azhar to fight for Kashmir’s independence from India in 2000. Since their creation, the group has been implicated in a series of suicide bombings in Kashmir, as well as, being involved in attacks on Shia Muslims in Pakistan.

The group was banned in Pakistan in January 2002.

Jaish-e-Mohammad released a video following the attack where Dar allegedly said, “by the time this video reaches you, I will be in heaven. This is my last message for the people of Kashmir.”

Prior to India’s retaliation to the bombing, their foreign ministry accused Pakistan of harboring terrorists and demanded a response.

”We demand that Pakistan stop supporting terrorists and terror groups operating from their territory and dismantle the infrastructure operated by terrorist outfits to launch attacks in other countries,” they said in a statement.

Pakistan called the attack “a matter of grave concern” and denied any involvement and offered to help with investigations.

“I want to offer the Indian government, whatever investigations you want done, we are ready. If you have any actionable intelligence, we will take action,” Khan said.

In a statement from Pakistan’s foreign office, they stated that “[we] have always condemned acts of violence anywhere in the world” and “reject any insinuation by elements in the Indian media and government that seek to link the attack to Pakistan without investigations.”

India and Pakistan have been fighting for Kashmir since before they won their independence from Britain in August 1947. Under the partition plan provided by the Indian Independence Act, Kashmir was free to accede to India or Pakistan.

Rebel groups have been fighting since 1989 for India-administered Kashmir to either become independent or merge with Pakistan due to its majority Muslim population.

According to data released by the Ministry of Home Affairs, terror attacks between 2014 and 2018 have risen to 176 percent. Government data shows that Kashmir has witnessed over 1,700 terrorist activities in the last five years, Al Jazeera reported.

In 2018 alone over 528 people were killed, including 145 civilians, according to the human rights group Jammu and Kashmir Coalition of Civil Society.

The conflict between India and Pakistan is occurring during a sensitive time for India, as the country is two months from their parliamentary elections. A time-critical for Prime Minister Modi who is up for re-election, his next move would help or hurt his chances in the election, but could also risk starting a war that would leave thousands of civilians caught in the crosshairs.

—
Originally posted on The Tempest. 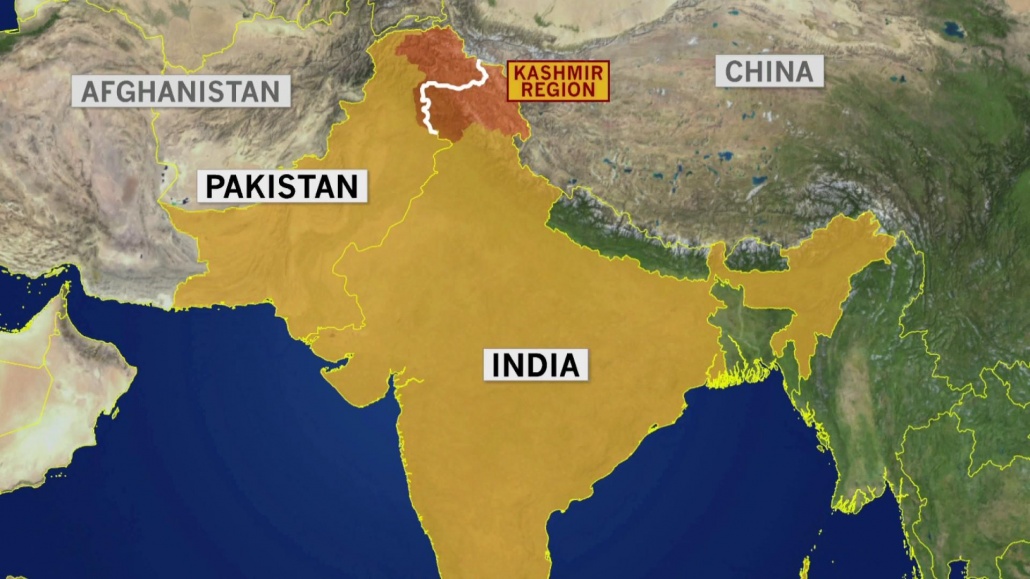 Cracking Down on Balconies