Due to the works of HHRD, they have recently received grants of over $3-Million from the World Food Programme of UNO and World Health Organization (WHO).

This year HHRD crossed the record 8,000 mark in the performance of Qurbanis, booked by people from USA and Canada in 60 different countries.

HHRD most famous project is â€œOrphan Support Programâ€, where with just $365/Year (or automatic deduction of $30/Month), one can sponsor an orphan (age 0 till 19), to bring food, clothes, education and much happiness to his or her life. These orphans are in about 15 countries, including Pakistan, India, Sri Lanka, Bangladesh, Indonesia, Kenya, Palestine, and Iraq.

In his communiquÃ©, the Executive Director of HHRD Farrukh Raza has remarked: In recent years, HHRD works have been recognized by Americans and International Relief Agencies. This has been due to the Blessings of God; most generous donations by people of USA & Canada of various backgrounds; hard-work of our field & office staff and our partner agencies; and so on. HHRD Office in Houston has brought opportunities of benevolence near the people living in the South Central Region of USA. Our office and programs need the moral & monetary support from all the members of the society. With the end of year approaching us, this is a reminder that general public, professionals as well as businesspersons; need to start thinking and consulting experts to determine their tax status, so that they are able to mutually benefit by donating to a 501 (c) organization. In this case, they must strongly consider HHRD for their contributions in our â€œOrphan Support Programâ€; â€œWater For Lifeâ€ Wells Projects; â€œGive the Gift of Eyesâ€ Surgery Program; â€œWedding Boxâ€ for Needy & Orphan Girls; and Ongoing Disaster Relief Projects. They must consider HHRD because of our credible work in the field and track-record of delivering competent services, due to the Grace of God. Visit www.HHRD.Org for this purpose.â€

Temperatures are expected to hover between low 40s and high 50s as the first week of Early Voting started on Monday, November 30th, 2009 in the City of Houston Run-Off Elections, with the last day of Early Voting being Tuesday, December 08th, 2009; and Saturday, December 11, 2009 is the actual voting day. For all election details, one can visit: www.harrisvotes.com.

Despite the cold weather, the Mayoral Race got heated up on the first day of Run-Off Elections, as Candidate Gene Locke launches a damaging commercial against his opponent Annise Parker, who promised to retaliate in kind. Earlier at his fundraising event, City Controller Candidate M. J. Khan said he is very lucky to have got a candidate, who has Federal Liens on his Properties.

Before the end of the first day of Early Voting, Annise Parker did hit back, with an E-Mail Press Release from her Campaign Staff Sue Davis, asking Gene Locke to come clean on several charges of Conflicts of Interest.

Now in the negative commercial, Mr. Locke has criticized Parker for saying she would â€œtake apart the police departmentâ€. Ms. Parker has made such remarks on several occasions, including recently at the Institute of Transportation Engineers (ITE) Monthly Luncheon, where she said she would not only change the face of METRO, but also change HPD Chief.

Locke defends this advertisement, saying it is accurate and gives chance for voters to reflect on the number one issue of the campaign (Public Safety).

Parker said this Ad is deceptive, and said it shows desperation in Gene Lockeâ€™s Campaign.

Later on in the afternoon, Annise Parker Campaign for Mayor called on Gene Locke to say whether he will take himself out from voting on lucrative city contracts that his law partners will bid, if elected mayor.

â€œLawyer-Lobbyist Gene Locke continues to demonstrate his disdain for open and transparent government and his disrespect for the voters,â€ said Adam Harris, Parkerâ€™s Campaign Manager. â€œHe still refuses to say whether or not he will vote on millions of dollars of city contracts for his law partners if elected mayor.â€

Locke is a partner in the politically connected law firm of Andrews Kurth. The firm has made more than $17 million in the last six years alone from the City of Houston, METRO, the Harris County-Houston Sports Authority and the Port Authority of Houston, the same public agencies whose board members Locke would appoint as Mayor â€“ while his law firm, Andrews Kurth, continues to bid for contracts from the city and each of those agencies.

Locke has billed local government agencies like METRO at rates of up to $640 an hour. He billed $574,000 in fees to the Sports Authority alone in the last 30 months.

Gene Locke has refused to release his tax returns for weeks after Ms. Parker voluntarily released hers, and agreed to release them only after being cornered by a Texas Watchdog reporter the week before Thanksgiving.

In one setback to Annise Parker Campaign, the Houston Police Officersâ€™ Union has come up with a stark question for votersâ€™: How would you feel if someone had stolen your identity? The Today, the Houston Police Officersâ€™ Union (HPOU) put out an all-points â€œpressâ€ bulletin asking Houston voters to be wary of false and misleading radio and television ads by mayoral candidate, Ms. Annise Parker. HPOU, Houstonâ€™s largest and most respected police officer organization, is warning Houston voters not to be misled by Parkerâ€™s radio and television ads, which falsely imply she has the police groupâ€™s endorsement. The police organization has endorsed Gene Locke for Mayor in the upcoming runoff election. 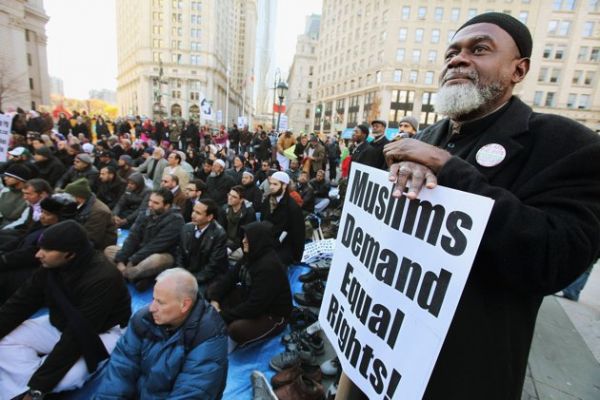 Why the NYPD Spying Program Must End

“Are Muslims Loyal to US?”
By Aslam Abdullah, Editor-in-chief of The Muslim Observer Here is a letter, my written response to the question “Are Muslims…

Eye Witness Account of the Texas Muslims Trip to the Capitol