Citizens of Western democracies tend to believe they enjoy free speech whereas, in fact, there are limits in the form of laws covering racial incitement, blasphemy, anti-Semitism and Holocaust denial.

In the US, Americansâ€™ constitutional right to free speech can be suspended if it is deemed likely to incite imminent lawless action. In Britain the glorification of terrorism is a crime.

In France, Germany and Austria, Holocaust denial is a serious offence. Austria, Denmark, Norway, Finland, Germany, Greece, Ireland, Italy, Spain, Switzerland and some US states all have laws against blasphemy.

And so does the Netherlands, whose government members are currently wringing their hands over a shortly-to-be-released anti-Islamic film produced by Geert Wilders, an Islamophobic Dutch lawmaker. Wilders has described the Quran as â€œfascistâ€ and says his film Fitna will depict the book as an inspiration for terrorist attacks.

The cabinet has twice asked Wilders to scrap the 15-minute film fearing a similar backlash to that experienced by Denmark over the cartoon depictions of the Prophet Mohammad (PBUH). Dutch TV stations have responsibly refused to air it but Wilders insists he will distribute it on the internet and refuses to disclose the date of its release to the government.

Bracing itself for a hostile reaction, the Netherlands has raised the terrorism threat level and has expressed concern for the safety of its troops serving in Afghanistan.

Security for cabinet members has been beefed up while Wilders has been afforded a 24-hour police guard; a courtesy that was previously extended to the Somali-born writer Ayaan Hirsi Ali, who publicly renounced Islam, before writing a script for the late Theo van Goghâ€™s anti-Islamic film Submission.

Ministers are worried about political and economic repercussions to the extent that last Wednesday the Dutch Foreign Minister met with ambassadors from 30 Muslim countries in an attempt to explain the Netherlandsâ€™ position, which is basically â€œwhile we reject the filmâ€™s content and Wildersâ€™s views, we support his freedom of speech rightsâ€.

In other words, the government has made freedom of expression sacrosanct even if this means the countryâ€™s national security and economy is imperilled, and without a thought for other countries that are likely to be subject to violent protests of the type which often end in loss of life.

It further insists that even if it wanted to ban the film it is unable to do so under current laws.

Frankly, I smell a rat. The Netherlands not only has a law prohibiting blasphemy, Article 137 of the countryâ€™s penal code prohibits discriminatory defamation, incitement to hatred and insults expressed publicly for the purpose of discriminating on racial and other grounds.

In other words, if the government truly wanted to prevent the film from seeing the light of day, it could probably come up with a credible legal challenge.

Instead, Dutch members of parliament, with the exception of Christian Democrats, are overwhelmingly bent on doing away with anti-blasphemy laws, which they term as archaic.

However, high-profile Dutch nationals have been imprisoned for inciting hatred and discrimination against minorities. In May 1999, the neo-Nazi leader of the Nederlandse Volksunie, Joop Glimmerveen, was sentenced to five months in gaol for advocating the expulsion of ethnic minorities, while others have been incarcerated for carrying a swastika.

Last Friday, the Netherlands Islamic Federation took matters into its own hands by asking a court in The Hague to form a panel of reviewers with rights to see the film before its release so as to judge whether or not it deserves to be banned. We will know the outcome of this legal challenge on March 28.

While I understand and sympathise with those who argue the importance of free speech in democratic societies, if that is the standard then it should apply to anything and everything without any barriers at all.

Instead, this principle is being used selectively and itâ€™s no wonder that Muslims believe that when it comes to Islam anything goes.

Free expression is an admirable concept but as I wrote in the beginning of this column it canâ€™t be an absolute. We canâ€™t run around naked and, in most countries, we canâ€™t advocate cannibalism or paedophilia.

Most importantly, free speech should not be used as a weapon for petty racists and bigots, protected by the state even as they deliberately cut deeply into the sensibilities of other people or trigger inter-religious/inter-racial hatred.

As for Wildersâ€™s film, given his known detestation of Islam, one can only wonder about his motives for making it. Rather than exemplifying his freedom to express his views, it is likely to be 15 minutes of pure, unadulterated hate probably designed to cause an even greater rift between Muslims and non-Muslims than already exists.

Furthermore, it will serve as a recruiting tool for extremist groups calling for a jihad against the new Crusaders.

Shame on him and shame on those who would prioritise the so-called rights of this imbecile over the heartfelt pleas of Muslims in the Netherlands and around the world!

Linda S. Heard is a specialist writer on Middle East affairs. She can be contacted at lheard@gulfnews.com 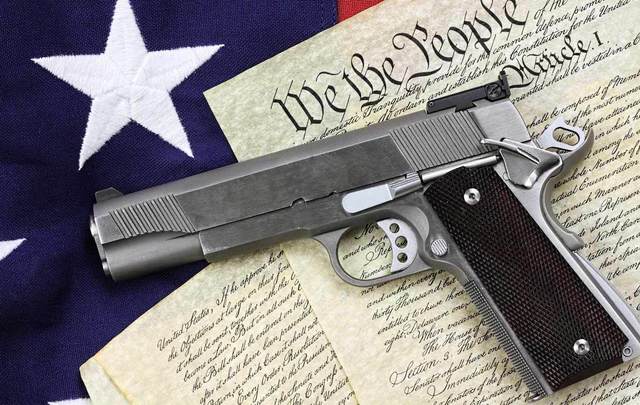 How much Does the Gun Lobby pay to buy the silence of people’s representatives?

Chaos in Egypt: Egypt Curfew Scaled Back as Mursi Seeks End to Bloodshed

Elections Raise Israel-Iran Tensions
By Laura Fawaz, TMO The war of words between Iran and Israel is now a war of assassination attempts; headlines…

© 2017 MuslimObserver.com, All Rights Reserved
Is the Pope Provocative? Children of the Tyrant Mother
Scroll to top