The official airline of the United Arab Emirates offers the promise â€œFly Emirates, Hello Tomorrow.â€ It is an apt suggestion given how futuristic the UAEâ€™s main city, Dubai, appears. Gleaming glass towers punctuate the desert skyline, evoking a mirage rather than reality. The cityâ€™s ubiquitous malls are lined with shiny marble floors, mood lighting, and every global designer brand a shopaholic could dream of. Foodies find heaven in Dubaiâ€™s restaurant scene, which features a plethora of the worldâ€™s best cuisines from Singapore street food to prized South African steaks and everything in between. Verdant golf courses defy the desert heat, attracting the worldâ€™s top international players. And an indoor ski slope artificially maintains subzero temperatures, offering residents nature-defying diversions. Myriad populations from South Asia, the Philippines, Britain and Russia mingle with apparent ease. Dubai is a city oozing with glamour and wealth, offering a seductive model of capitalist achievement.

The Gulf Arab city achieved its current form in just a few short decades. The story of the cityâ€™s rapid evolution is a dramatic product of forces involving immigration, labor, capital and the singular vision of its wealthy monarch, Sheikh Mohammed Bin Rashid Al Maktoum, referred to by locals as simply â€œSheikh Mo.â€

While native Emiratis comprise less than 20 percent of the cityâ€™s population, Indians are a whopping 53 percent and other South Asians are 22 percent. This demographic breakdown strongly hints at the role that South Asian immigrant labor has played in the cityâ€™s phenomenal growth.

My own parents are among the hundreds of thousands of Indian citizens who migrated to Dubai looking for a better life. I was born and raised in a place to which I did not belong, but which I nonetheless took for granted was my home. When I left Dubai in 1991 to pursue a college education in the United States, the city of my birth was wholly unremarkable in terms of infrastructure, commercial centers and tourist attractions.

In just the past 20 years, Dubai transformed itself from a minor trade hub into an internationally renowned commercial center, attracting transnational businesses and boasting the worldâ€™s tallest building, the Burj Khalifa. It has also marketed itself as an attractive tourist destination, particularly for the worldâ€™s wealthy elite and their disposable incomes. One of Dubaiâ€™s main events is its annual â€œShopping Festivalâ€â€”akin to the U.S.â€™ holiday shopping season.

But the city has a dark underbelly that includes harsh treatment of its immigrant labor force and an intolerance for criticism. Human Rights Watchâ€™s 2014 reporton the United Arab Emirates succinctly summarizes some of the problems:

The United Arab Emirates (UAE) continues to crack down on freedom of expression and association. The authorities are arbitrarily detaining scores of individuals they suspect of links to domestic and international Islamist groups. A court convicted 69 dissidents in July after a manifestly unfair trial, in which evidence emerged of systematic torture at state security facilities. The UAE made no reforms to a system that facilitates the forced labor of migrant workers. Plans to ameliorate conditions for female domestic workers fall short of the standards outlined in the convention on domestic workers that the International Labour Organization (ILO) adopted in 2012.

The recent controversial imprisonment of a Sri Lankan born U.S. citizen, Shezanne Cassim, over a parody video posted online dramatically illustrates the arbitrary nature of Dubaiâ€™s law enforcement. Cassim was raised in Dubai in the 1980s and moved to the U.S. at age 16, just as I did. He eventually became a U.S. citizen, but then returned to Dubai to work, becoming part of the million-plus workforce of South Asians.

His YouTube video parodying Dubaiâ€™s youth attracted the attention of the authorities, who deemed it a threat to the UAEâ€™s national security. Cassim was incarcerated for nine months in a maximum security prison, and released only recently after his family hired a PR firm to publicize his case. The movement to â€œFree Shezâ€ attracted support from such prominent celebrities as Will Ferrell, and threatened to derail some of the momentum of Dubaiâ€™s growing tourist industry.

Carefully navigating the fine line between strict laws and lax enforcement, Indian immigrants in particular offer a unique window into Dubaiâ€™s stunning development. Ties between India and the UAE go back centuries, particularly with respect to trade, a common colonial master (Britain) and two-way migration. But, depending upon age, aspiration and socioeconomic status, Indians vary wildly in their opinions of Dubai.

I spoke with several middle- and working-class Indians who call the city their home, for better or worse. In order to protect their identities, I have changed the names of all those I interviewed. Sanjay is a professional who moved to Dubai from India before the UAE formally became a country. But, because he was not originally from Dubai, Sanjay remains an Indian citizen despite his decades of living and working in the city he thinks of as home. In fact, he reminisced that at the time he moved to Dubai, it did not even appear on most maps.

One important incentive for his working and living as an immigrant for so many years has been the ability to save money. Dubai and the other Emirates do not have income or even sales tax. But, most importantly, Sanjay always wanted to start his own firmâ€”something he was able to do in a city like Dubai. Still, he told me, â€œIt took eight years for my company to begin making any profits. It was a very long struggle. It wasnâ€™t easy.â€

Ekta, Sanjayâ€™s wife, chimed in that, had they stayed in India, their life would have been an even greater struggle. Specifically, â€œbecause of traveling from your home to the workplace is so difficult. Trains are so overcrowded, buses are crowded. You have to wait for hours. So we would have been spending at least three hours a day just traveling to and from work and the house. And the pollution is so great. Itâ€™s really, really bad. I donâ€™t think India, especially Bombay [where we are from], is a country where you can raise your kids.â€

Like immigrants the world over, living and working in a place like Dubai enabled Sanjay and Ekta to provide their children with a better life. â€œI feel all our children are successful today mainly because of the education that we were able to afford and give to them by living in Dubai,â€ added Ekta.

â€œBut,â€ she said, â€œI wouldnâ€™t want to spend my retired life in Dubai. I would like to spend my old age in India.â€

Padma is a 39-year-old Indian who was raised in Dubai as a young child and, like me, moved to the U.S. for higher education. Unlike me, however, Padma decided eventually to move back and is now married with two children and working for a government agency. Like Sanjay, she has found happiness in Dubai. Padma told me, â€œYes, Iâ€™m happy. But thereâ€™s a lot more to it. If I look at my life in Dubai I feel lucky because the work that I do here is amazing and exciting. In terms of affording education for our kids and a somewhat luxurious lifestyleâ€”itâ€™s something that I know a lot of people in my age group are struggling to do the same in Europe and in the United States. So living here has been rewarding.â€

But life is not luxurious for all or even most Indians in Dubai. Ayesha, an Indian woman in her 20s who was raised in neighboring Oman, has lived in Dubai for seven years. Like thousands of other Indian migrants, she came looking for a better life and greater opportunity.

Yet working as a copywriter for an e-commerce website doesnâ€™t bring in enough money. Ayesha lives in Bur Dubai, a working-class neighborhood in the city that she affectionately calls â€œa ghetto,â€ sharing an apartment with a roommate.

I asked her what she thinks her life would have been had she lived in India and she responded, â€œIt would be definitely more rushed because Dubai makes you lazy. For example, in Bombay, rush hour is like a war zone. You become very good at catching the bus! And itâ€™s very expensive there too.

â€œBut,â€ added Ayesha, â€œlife in Dubai is transient. People come here just to make money. You have to know how to make money fast. And then you go back.

â€œIâ€™m not very good at that,â€ she lamented. In fact, â€œitâ€™s very easy to get into debt here if youâ€™re not careful.â€

What about the fact that immigrants in Dubai have to toe a tricky line, being careful not to criticize Dubaiâ€™s government or push the limits of the many harsh laws? Ayesha told me, â€œBecause Iâ€™ve always lived like this [as an immigrant], Iâ€™ve always felt that I donâ€™t really have any say. Iâ€™ve never experienced the environment where you have rights, like you watch people in American movies say, â€˜I want to talk to my lawyerâ€™â€”you donâ€™t have such situations here.â€

Shefali is a 30-year-old artist who was born and raised in Dubai as an Indian immigrant and moved to the U.S. for higher education. Because of the U.S.â€™ strict immigration rules, after graduating, she was forced to move back to Dubai to live with her parents, even though she obtained a reputable job in her field in an American firm. Now, five years later, she is getting ready to move back to North America, but this time her destination is Canada, a country that offered her residency. Shefali is among those Indians who call Dubai their home, saying, â€œIâ€™m a â€˜Dubaian,â€™ even if I donâ€™t have a passport to prove it.â€ But she cannot bear to live in a country whose laws are stifling and arbitrarily applied. Sheâ€™s moving back to the West because â€œthereâ€™s a lot more freedom to express yourself and grow. Here, there is really no room to grow, especially as an artist. Unless youâ€™re in marketing or sales and youâ€™re willing to play the game.â€

I asked Shefali to describe Dubai to someone who has never visited the city: â€œThereâ€™s a lot of glitz and glamour. The lifestyle is really fancy. You have house help. You live a really cushy life. When I moved back to Dubai after being in the U.S., I was initially happy to be here because life got much easier.â€ But â€œthereâ€™s no room for growth. This is a business city. Itâ€™s like Vegas. Thereâ€™s a lot of money and consumer culture. If you want to have a luxurious life and make money, you come to Dubai.â€ Shefali also had choice words to describe Dubaiâ€™s mall culture. She called the ubiquitous shopping centers â€œgarish, over-the-top and opulent. Itâ€™s desensitizing. The malls are really clean and fancy. They have massive waterfalls. Some of them even have trains!â€

But given the cushy life for many Indians, I asked Shefali why she wants to leave Dubai. She didnâ€™t hesitate, saying, â€œI feel like my soul is drowning here. If youâ€™re an artist or a writer, itâ€™s very hard to find inspiration in a city like this.â€

Ultimately Dubaiâ€™s future depends not only on affording its vast immigrant population greater rights, but on charting a path that offers all of its inhabitants the potential to be genuinely happy. And that is a challenge all cities face.

What Happened This Year? 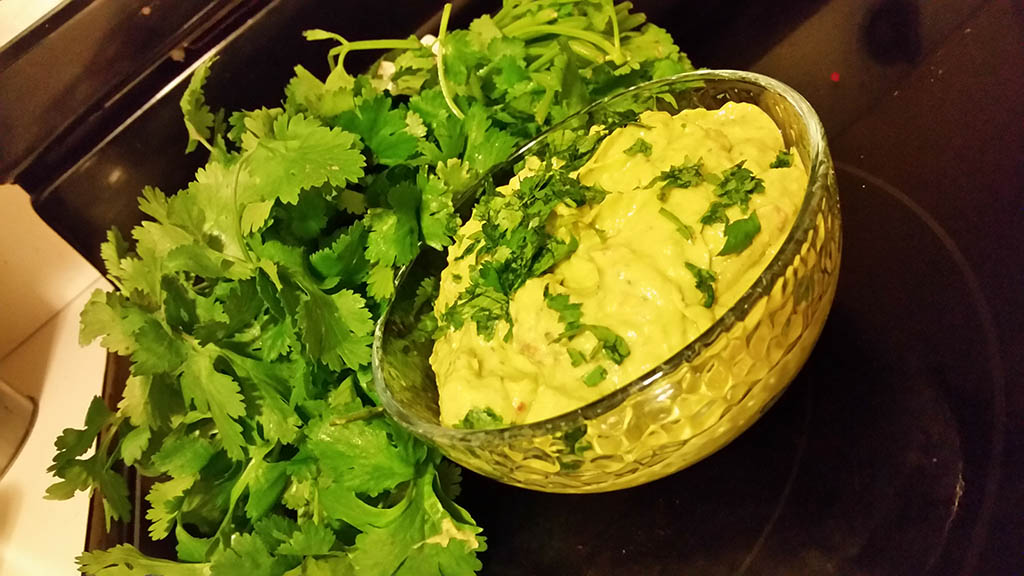