India’s Prime Minister Narendra Modi is often compared to Donald Trump, especially when it comes to his anti-Muslim policies. Now Modi has made international headlines for yet another similarity: He’s constructing a massive wall … but unlike Trump’s goal of keeping immigrants out, Modi’s wall was built to hide the country’s poverty from the gold-plated American president. Government officials in one of India’s largest states have built a barrier that’s over 1,000 feet wide and four feet high ahead of Trump’s visit to Ahmedabad, Gujarat, on Feb. 24. Thousands of his Indian supporters are estimated to be in attendance at the “Namaste Trump” event. The Trump visit is expected to cost the city over 800 million Indian rupees, or roughly $11 million USD.

“Since they are spending so much money on this wall, why not use that to improve our slum and provide better facilities for us,” Gujarat resident Keshi Saraniya told the Associated Press. “Why are they hiding us poor people?” While government officials claim the wall was built “for security reasons” and to beautify the area, critics argue the wall was constructed to conceal slums located near the venue hosting Trump’s event. Trump will be visiting the Motera Stadium, the world’s largest cricket stadium, and in order to get there he must pass a slum area that is inhabited by over 2,000 people.

Several political leaders and activists have questioned the timing of the Ahmedabad wall and other development work Modi has been doing in the state (prior to becoming prime minister, Modi was chief minister of Gujarat for 12 years). The wall has faced widespread media attention and criticism for being built days before Trump’s upcoming event, and for leaving thousands homeless. “The BJP (Bharatiya Janata Party) government doesn’t want the world to see that poverty exists in Gujarat. They want Trump and others to see only the big buildings, roads and that everyone here has toilets and homes,” Mina Jadhav, general secretary of Majdur Adhikar Manch, a trade union in Gujarat, told Al Jazeera “They (the BJP) want to hide the poor people living in slums, that is why it has sent the eviction notices to these families and built a wall to shield Trump from noticing another slum.”

BJP is a Hindu nationalist party that was formed to make India a “Hindu Rashtra,” or Hindu nation. The party is known to use violence and any other means to advance its agenda of ridding the country of anyone who does not follow what they claim is Hindu ideology or values.

At least 45 families living in slums near the stadium were issued eviction notices Monday. Residents said they were evicted because of the event, but Ahmedabad city officials have denied the allegations, insisting that the land belongs to the city and the evictions were carried out lawfully, the AP reported. “We have been living here for the last 20 years and now we are suddenly being told to vacate because some important leader is visiting this city for a day,” Sanjay Patani said. “This is injustice.”

Ahmedabad Municipal Commissioner Vijay Nehra defended the wall on Twitter, claiming the decision was made prior to Trump’s plan to visit to “prevent encroachments on footpath and road” and that he had “personally visited the slum” to offer affordable housing to the residents. Residents told Al Jazeera that they are unsure what to do. “(T)he government is saying it is helping poor people in constructing new homes but here we are being evicted from a piece of land,” explained Tejabhai Meda, a laborer who lived in the area for over 22 years. “We are not asking the government for homes, we are saying ‘give us a piece of land where we can live.’”

The “Namaste Trump” event follows a controversial but well-attended “Howdy Modi” event held in Houston last September. Over 50,000 Indian Americans were said to have attended the event to welcome Modi to the U.S. The event, promoted by Trump, aimed to marshal Indian American support for his 2020 presidential campaign. “Namaste Trump” furthers this goal by showing Indian Americans that Trump cares about the relationship their home country has with the U.S. Indians are the second-largest immigrant group in the states and an influential voter base. The majority identify as Gujarati, or someone from the Indian state of Gujarat, the same as Modi.

Modi follows in Trump’s footsteps when it comes to disregarding residents while building a wall for unethical reasons. Last month, a portion of Trump’s U.S.-Mexico border wall fell over, with Mexican authorities quickly responding in order to avoid civilian casualties. In addition, both of the authoritarian administrations continue to pass anti-immigrant policies increasingly against Muslims, including Trump’s travel ban and Modi’s Citizenship Amendment Act (CAA), which targets asylum-seeking Muslims and restricts them from gaining citizenship.

The wall is just the latest part of Modi’s larger agenda of targeting poor and minority communities, allegedly in order to improve India’s image abroad. Similar to Trump’s 2016 campaign, Modi’s right-wing Bharatiya Janata Party promoted itself on the premise of strong economic growth to the masses; however, people around the country are suffering both economically and systematically due to oppressive barriers. As a result of fear and insecurity coupled with poorly implemented policies over the past few years, the country’s growth has significantly slowed down over time. Right now India has the worst economy it’s experienced in 42 years.

Trump boasted last week that Modi promised “millions and millions” of people would honor him on his route to the stadium, Al Jazeera reported. Trump will likely enjoy the devotion he’ll encounter during his trip to India. Unlike his visits to England and states in his home country, the American president is unlikely to encounter discord or protesters in the state of Gujarat because of the state’s devotion to Modi. Those affected by the violence of BJP and opposed to Modi will be far from Trump’s vision, hidden behind a wall. As university protests against CAA and BJP sweep across the nation, Indian youth are the only hope India has to combat a right-wing leader like Modi and anyone else who puts the lives of minorities at risk. 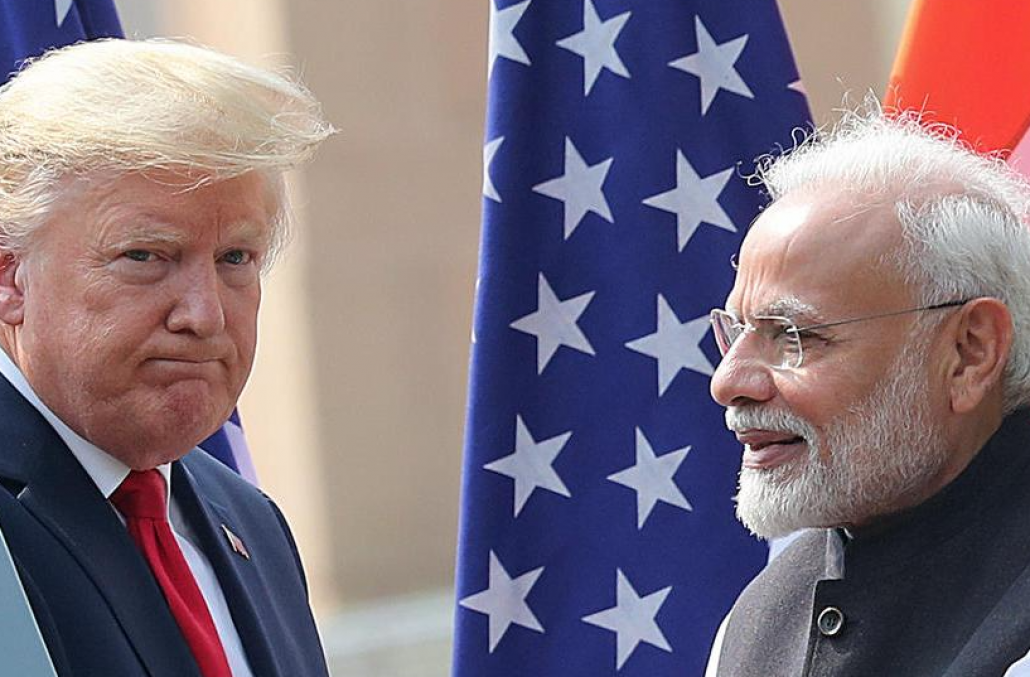 Masjid Al-Aqsa in History
By Zafar Bangash Masjid al-Aqsa has a rich history. It is intimately linked with Prophetic history, not of one but…

© 2017 MuslimObserver.com, All Rights Reserved
Making sense of Primaries in the 2020 election