India Citizenship Amendment ACT opposed all over the world

People across the world showed their discontent over the violation of the constitutionally guaranteed human rights and democratic values by the ruling elites of India on January 26, the day India proclaimed itself a Republic. It gave itself a constitution on January 26, 1950. Millions came out in the streets of North American and European cities protesting against what many describe the re-emergence of Fascism in the garb of Hindutva led by the Bhartiya Janata Party (BJP), the political wing of the RSS, an organization inspired by Hitler and run by the paid informants of the British Raj.

The Preamble of India’s constitution declares the country to be a sovereign, socialist, secular and democratic republic. Its objectives are to secure justice, liberty, equality to all citizens and promote fraternity to maintain unity and integrity of the nation.
The protestors all over the world and in India strongly feel that the fascist ruling group is determined to break India and disintegrate the nation by turning the country into a Hindu Rashtra.
They felt that India was witnessing the second movement of independence to liberate itself from the forces of hatred and bigotry. Many quoted the main architect of the constitution, Dr. Babasaheb Ambedkar in their opposition to a recent law that attempts to undermine the constitution by discriminating against people on the basis of religion.

Dr. Ambedkar explained the purpose of India in the following words, “It is, a way of life, which recognizes liberty, equality, and fraternity as the principles of life and which cannot be divorced from each other: Liberty cannot be divorced from equality; equality cannot be divorced from liberty. Nor can liberty and equality be divorced from fraternity. Without equality, liberty would produce the supremacy of the few over the many. Equality without liberty would kill individual initiative. Without fraternity, liberty and equality could not become a natural course of things”
The ruling elites passed a bill in December called the Citizenship Amendment Act. The act discriminates against Muslims from Bangladesh, Pakistan, and Afghanistan in granting citizenship to the persecuted Hindus, Parsis, Christians, Sikhs, Jains, and Buddhists. The ACT is considered the first step towards the implementation of the National Citizenship Register (NCR) or National Population Register (NPR). THE NCR and NPR have not yet been formalized in the form of an act, but the Home Minister of India has emphatically called for their implementation. According to him, India’s 1.3 billion residents would be asked to provide documents proving that their parents and grandparents were born in India, and they were citizens of India since 1951 or earlier.

A large number of Indians do not have such documents. The critics of such measures say that once the Indians without documents are identified, they would be put in detention camps, and those who are not Muslims would be given citizenship under CAA, and those who are Muslims would be declared illegal and stripped of their status.
Ever since the passage of the ACT, thousands of Indian cities have been witnessing massive demonstrations against the government. In some 100 cities, people are organizing 24-hour protests seven days a week. The 24-hour protest tradition was initiated by women of Shaheen Bagh, a small locality in the vicinity of Jamia Millia Islamia, the university whose students first organized a peaceful demonstration against CAA. The demonstration became internationally famous as the police brutalized the demonstrators to silent them. This led to massive uprisings all over India especially in university campuses

Indian Diaspora living abroad did not lag behind and organized hundreds of protest rallies. However, the bigger rallies took place on January 26 in Paris, London, Washington, New York, Chicago, Detroit, Los Angeles, Sydney, Frankfurt, and many other places
Like in India, all the demonstrations taking place around the world are peaceful and inclusive. Their participants include Indians of all ethnic backgrounds and people of other nationalities and faiths who care for human rights and democracy.

The demonstrators are encouraged by the reporting and editorial comments in western newspapers and magazines that have been critical of the violation of the democratic values in India. Notable among these articles are the ones published in the Washington Post and the Economist.
These demonstrations abroad, especially the ones taking place in the US have negated the impact of the Howdy Modi event that took place in August in Houston where the supporters of RSS and BJP brought some 50,000 people of Indian origin to listen to Prime Minister Modi when he shared the stage with President Trump. The presence of thousands of thousands of Indians in anti-Modi and anti-government demonstrations has raised doubts in the mind of the Trump campaign of the effectiveness of aligning with Modi.
These demonstrations abroad are being watched carefully by the western political analysts who believe that they have to exercise the utmost caution while dealing with the Modi government. Many of them believe that the Modi government is on a path of destruction, and its policies would hurt India and its financial interest in the world in the long and short term. 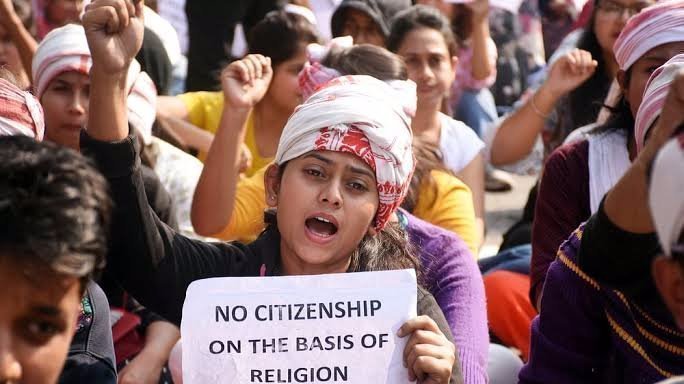 Scrumptious Ginger Cookies
By: Noor H. Salem, contributing columnist I’ve come across many clients who are frustrated when avoiding gluten or dairy due…