NEW DELHI: Litmus test faced almost continuously by Indian secularism is far from over. From the legal, political and social perspective of Indian Muslims, the test shall continue till they are denied their due share politically and cease being subject to prejudice prevalent against them in the countryâ€™s law & order system. The judicial decisions pronounced recently, regarding Malegaon blasts of 2006 and Sadarpur riots (2002) give the impression that the Indian Muslims are finally being ensured a fair judicial trial. But a close analysis highlights the hard reality they have been subject to.

Seven Muslims were released on bail last month as there was lack of evidence for being responsible for Malegaon blasts. It may be recalled, these seven were among the ones picked up by Maharashtra Anti-Terror Squad (MTS) within a few days after the blast. Despite their being no constructive proof of their being the guilty party, legally they are still viewed as suspects. They have been released on bail, paid on their behalf by an organization. If the bail had not been paid and had certain secular Indians as well as organizations not been pursuing action on their behalf, they may still have remained arrested.

Ironically, it did not take long for MTS to pick the seven individuals along with several others as responsible for Malegaon (2006)-blasts. Equally perplexing is the fact that the legal procedure has taken several years to accept that they were arrested without substantial proof convicting them of having committed the crime. Now, does that imply that they were picked up, without any proof, but only because they happened to be Muslims? Also, if it became clear that there was practically no evidence against them, why were they kept in prisons for several years? Who and/or what should be held responsible for not paying due respect to law and order that is meant to take action against law breakers and not hold innocent persons as the guilty?

Incidentally, whenever blast incidents take place, usually Muslims are picked up almost instantly as suspect â€œterrorists.â€ Little importance is given to conducting appropriate investigation and collecting substantial evidence to arrest the actual culprits. In blast cases, unless the criminals are suicide bombers, there remains the strong possibility of there being little or no proof at the affected site. This also limits the prospects of almost immediately rounding up the suspect persons. In other words, the Indian secularism is still affected by a certain bias which instantly prompts concerned authorities to arrest Muslims, even if there is no evidence of their being responsible for the blast incidents.

Against the Malegaon-backdrop, Sadarpur-case presents a different picture from several aspects but one. The aggrieved party in this case too were the Muslims. Last month was witness to sentence given to 31 people for rioting in Sadarpur village, Gujarat in 2002. They have been held guilty for rioting in which 33 Muslims were burnt alive in Sadarpur, one of the many cases during which Muslims were brutally targeted in the Gujarat-carnage. Undeniably, the Sadarpur-sentence is hardly reflective of those guilty of rioting against Muslims during Gujarat-carnage being behind bars. It is an open secret that a significant percentage of rioters and those responsible for provoking the same may never even have any case filed against them. Regarding Sadarpur, it may also be noted that charges were framed in 2009, around seven years after the Gujarat-carnage, against 73 for murder, attempt to murder, rioting and arson. On these grounds, 21 persons were arrested. Besides, nearly a decade has passed since the Gujarat-carnage and also for a judicial decision announcing punishment against 31 held guilty of Sadarpur riots.

When riots take place, particularly if they are of the nature of Gujarat-carnage, with rioters present at the site, those responsible for security of the people and ensuring law and order are naturally expected not to spend too much time in picking up the guilty persons. In fact, if this action had been taken, brutal rioting could have been checked and Muslims may not have fallen victim to the Gujarat-carnage. But as is well known, due to certain political pressure, the concerned officers turned a blind eye to the carnage. In other words, they let the rioters target the Muslims. The hard fact that ten years have been spend in taking action against a few of the guilty is also reflective of a certain bias against Muslims being responsible for this delay.

Without doubt, whether it is the case of Malegaon or Sadarpur, Muslims have fallen victim to a bias entertained against them at certain levels. In Malegaon, it led to their being framed as suspect terrorists and in Sadarpur, it led the rioters target Muslims and remain free for several years till recently when a few of them received sentences. Undeniably, had secular organizations and activists not pursued these cases, neither Malegaon nor Sadarpur may have witnessed what seems to be â€œfairâ€ and â€œjustâ€ trials. Certainly, the judicial decisions in both cases have led many people heave a sigh of relief that at least the judicial system has not displayed a bias against the Muslims. But this also indicates that till a bias prevails against Muslims at several levels, Indian secularism as well as judicial system shall continue facing a litmus test on whether Muslims have been denied justice or not.

Common Word Alliance Seminar on “The Story of Abraham” 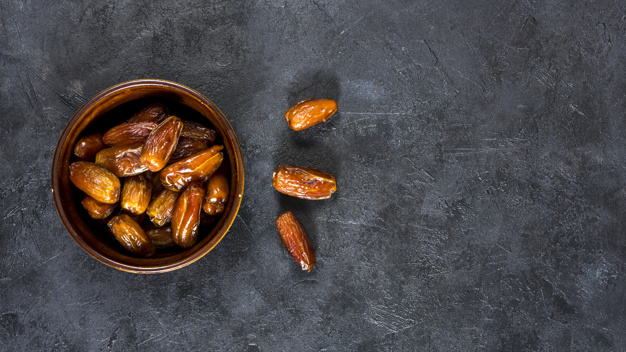 To Will or Not To Will…