On October 5, 2007, we learned from the Bureau of Labor Statisticsâ€™ latest monthly jobs report that another 110,000 new jobs have been generated in the U.S. economy. For days before the announcement, financial media debate centered on whether the forthcoming number would be bullish for the stock market. Of course, we should know by now, that number will be judged bullish, no matter what it is!

Such is what now passes for analysis in the financial media. It doesnâ€™t really matter at all if jobs numbers are positive or negative. Media promoters were once again ready with whatever rationale necessary to convince us that the number offered yet even more evidence that we should buy stocks aggressively for fear of missing the marketâ€™s next leg up.

Hereâ€™s how the game works. If the jobs number announced is strongly positive, letâ€™s say 250,000 new jobs have been created, that shows how strong the economy is and means good things happening in terms of spending and corporate profits. If the number is shockingly low, perhaps a loss of 200,000 jobs, it surely signifies that the Federal Reserve will cut interest rates more aggressively than previously thought. So how could that not be bullish for stocks?

Those of you who follow the markets closely must be aware of this tactic by now. Surely Iâ€™m not alone in noticing how bad news can be spun as still more good news for stocks.

Just recently, we heard the announcement that Citigroup would suffer a massive loss on its investments in mortgage-related vehicles such as bonds and derivatives. Normally, one would think that such a massive loss would scare investors away from the companyâ€™s stock. Yet shares of Citigroup traded higher on the day! The rationale given was that the company had come clean. So by throwing all the bad news into that one announcement, we now had more clarity about future earnings. Read this explanation as: this must be the extent of the bad news, so earnings should be back on a normal track higher.

Think about this! If one of the companies in which you own shares goes public about how badly it has managed a large portion of its portfolio, would you possibly think more trouble might yet come?

Recently, Apple announced that it would drastically cut the price of its vaunted new mobile phone. Again, if one of my companies saw its stock price rise higher on the hype of a new product, then, almost immediately, announced a heavily discounted price, I would view that as a big negative. But Appleâ€™s shares are much higher today than they were before introduction of the new phone. Go figure, eh?

It seems now that our housing market hits new lows every month. News of rapidly rising foreclosures hits the newspaper headlines almost daily. Mortgage troubles, in the form of already issued mortgages going into default at record numbers, normally would be seen as a negative for the economy, as the number of jobs generated by a healthy housing market is not at all inconsequential.

Yet as the bad news keeps rolling in, with housing and mortgage bonds blowing up all over the world, the stock market simply shrugs it off as though it were a minor bump in the road. When the smartest people on Wall Street, such as those at companies like Goldman Sachs, Merrill Lynch, UBS and Bear Stearns are losing hundreds of millions in housing related investments, I have to think that the pain is widespread. Yet it seems that all it takes to offset the bad news, as monumentally large as it is, is for someone from the government, the Fed, or one of the big brokers to announce on TV that a bottom in housing is in sight, and all will be well in no time.

I remember a few years back when we heard steady talk about the rising price of oil. Some said then that if oil were to rise as high as $50/barrel, that would cause a real strain on the economy and have recessionary implications. Now as oil trades at more than $80/barrel, we hear that all is well and there is little to fear?

Our government is bankrupt and needs a steady infusion of cash from foreign lenders to the tune of over $2 billion/day, every day. For some reason, this is viewed as yet another sign of a vibrant economy â€“ â€œthe envy of the developed world!â€ Never would I have guessed that anyone would have the nerve to spin a fiscal crisis as a positive development for our economy. Yet again and again, it is simply waved away as nothing to worry about.

We also hear talk about inflation. Normally, rising prices result in lower living standards for consumers, especially when wages are rising slower than prices, as they are now. Yet the climbing prices of essentials such as food, energy, health care, insurance coverage of all sorts and more are simply waved away as â€œunimportant,â€ since the â€˜â€™core rateâ€™â€™ of inflation ignores these numbers.

These issues are at the center of what worries me most now. Maybe the Fed appreciates these concerns as much as anyone else and knows full well the threats they pose to our economy. At the least, Iâ€™m sure someone at the Fed does! But when facing a set of risks like this, what would anyone of us do? Would we elect to let the chips fall where they may and watch the economy sink into a nasty recession — or even a depression?

Or would we take the easy way out and inflate our troubles away? John Williams, who writes the web site, shadowstats.com and tracks our money supply, believes that the broadest measure of inflation â€“ M3 — has risen about 14% so far this year. That means the Fed has printed and put into circulation over a trillion new dollars to keep the economy moving higher.

But who can complain when all prices are rising? The appearance is that the economy and stock market are growing impressively, isnâ€™t it? William contends that the Fed could print money so aggressively that we might one day see the Dow Jones Industrial Average move above the 100,000 mark!

Of course, for that to happen, gas would be selling for $10/gallon, milk at $10/gallon, too, gold at $3,000/ounce and other basic necessities would cost far more than they do today. As long as wages rise in step with prices, everything would look just super, wouldnâ€™t it? The government could claim economic growth of about 6% per year and crow about the growth of investorsâ€™ brokerage accounts. Talk about bullish!

But this is an article about economics, and one iron-clad economics rule will never change or be altered in any way: there is no free lunch! What benefits one class of citizens economically frequently comes at a price to another class — in this case, consumers.

I am continually amazed at how the falling dollar is viewed as a bullish development by so many in the financial media. Sure, the drop helps our exporters, since our goods become cheaper for foreign buyers. And some think a devalued dollar helps ease our trade deficit, too.

An annoying fact, however, is that the dollar has lost a lot of value over the past six years — and for even longer than that. But the trade deficit is now at record highs! So where, again, is the positive effect from the falling dollar?

Of course, since we import so much of what we consume, doesnâ€™t the cost of those imports, like energy, increase, too? And donâ€™t we all pay higher prices for those imports? With wages rising slowly, if at all, in the past few years, isnâ€™t the average consumer being squeezed a little bit more each year?

But sharing that little fact doesnâ€™t help sell stocks, does it? So promoters simply gloss over it — if they even mention it. Oh, but donâ€™t hesitate to buy stocks, or youâ€™ll miss the big rally!

I find much to be concerned about regarding our economy — from rising prices to astronomical amounts of debt to unfunded liabilities for Social Security and Medicare looming around the next corner. Massive costs continue to mount for funding two losing wars and a hollowed our manufacturing base, the latter meaning that our best paying jobs are disappearing and being replaced with lower paying service jobs.

The list is long, but for every rational concern we face, no shortage of optimistic people appears on CNBC to explain how each is just one more reason to be bullish! I know they need to make a living, and a rising stock market is preferable to a falling one. But remember all the bullish reasons offered for buying stocks in 1999, especially high flying technology shares, and be sure that the spin continues!

Stocks, bonds and so many investment asset classes sell at premiums that only a truly vibrant, healthy economy could justify. Our economy fails to come close to such conditions, but who knows what can happen? Maybe the Fed can inflate all prices across the board into the stratosphere? If so, look for big returns in stocks. But donâ€™t look for those gains to improve your standard of living. Youâ€™ll need those big gains just to keep pace! 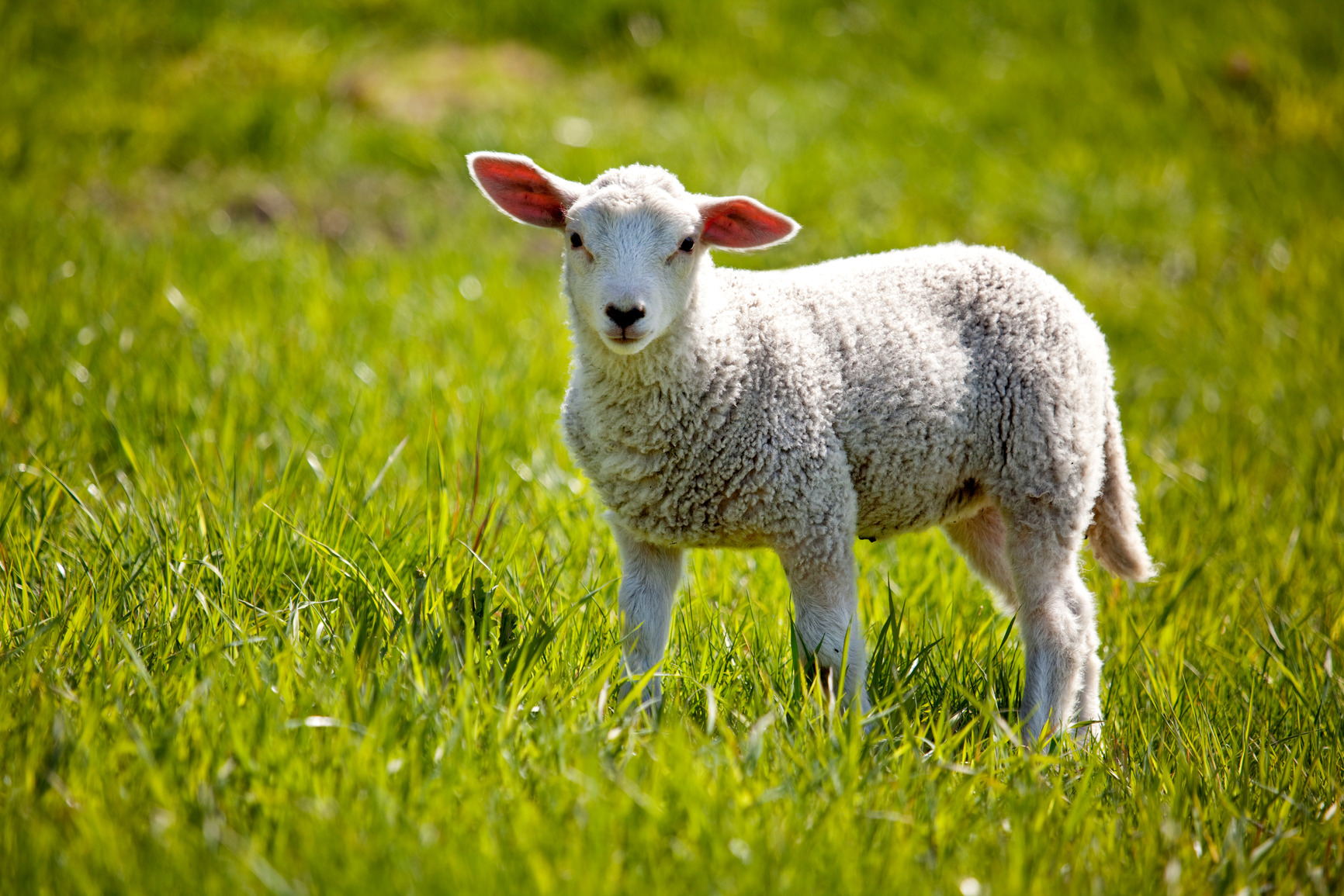 Anti-Americanism Has Become Part of the Muslimsâ€™ Social Values

Israel ‘Palestinian Only’ Bus Lines Launched In West Bank, Security Risks Cited
Beginning this week, the Israeli Transportation Ministry will operate buses in the West Bank that appear to be designated as…