Is Russia’s offer of parliamentary elections in Syria serious?

These remarks seem self-contradictory and a little screwy, which suggests they aren’t informational but instrumental. That is, they don’t describe actual political positions but are being said to accomplish some strategic goals.

For instance, if there were genuine parliamentary and presidential elections, how could it be assured that al-Assad would remain part of the transition? What if he (being a mass murderer and all) were defeated and a new president came in?

I think what Lavrov is saying is that al-Assad would not step down before the elections, which has been the American and Saudi position. On the other hand, assuming the elections aren’t phoney, Russia may be also signalling to Iran that they can’t hope for al-Assad to stay in power forever, which is Iran’s position.

There is a clear split between Moscow and Tehran on this matter, with the Russians much more ready to see Bashar al-Assad moved out of power in favor of an alternative more acceptable to the opposition. National elections would be a way of coming up with an alternative candidate, and suggesting them is a way of slapping down the commander of the special operations unit of the Iranian Revolutionary Guards Corps, Qasem Soleimani, who seems to think that the Baath Party, after everything that has happened, could somehow survive along with the al-Assad dictatorship.

Of course, Russian policy as outlined here is more a forlorn hope than a policy. You can’t have real elections in the middle of a civil war. And nobody trusts the Baathis or Russians to have upright polls!

Then, Lavrov wants the non-al-Qaeda, non-ISIL opposition to understand that Russia now holds the cards in Syria. If Syrian oppositionists want, say, a new Federal system in the country that allows Sunnis in Idlib, Alawis in Latakia, and Kurds in Rojava more provincial autonomy from the central government, Russia alone can deliver that to them.

But one price will be turning on the al-Qaeda affiliates and offshoots (which happen also to be allied with and often to contain Russian Muslim radicals from Chechniya, Daghestan, etc.).

Most so-called “CIA-vetted” opposition groups are small, less than 1,000 fighters, though there are dozens of them, and despite having been “vetted” many have a tactical alliance with al-Qaeda (the Support Front or Nusra Front) or with the coalition it spearheads, the Army of Conquest, consisting of hard line pro-Saudi Salafists.

Lavrov seems to me offering the small “CIA-vetted” groups a new possibility. That would be to split from al-Qaeda and its coalition decisively, and find a place in a new post-conflict Syria alongside the pro-Baath groups that still support al-Assad.

It is a government of national unity strategy of a sort Mikahil Gorbachev, the last Soviet premier, tried in Afghanistan as he withdrew. The Soviets urged a national unity government headed by their man, Najib Ullah, which would be nationalist and post-communist, and with which the Mujahidin groups supported by the CIA would make a political settlement.

In the end the Mujahidin rejected all this and swept into Kabul. Najib Ullah was hanged from a lamppost.

The advantage for Russia of making this offer to the CIA-vetted groups is that it points to a Russian-brokered end to the conflict and hopes to divide the opposition, with genuine moderates (good luck finding those) turning on the al-Qaeda affiliates and offshoots.

It doesn’t cost Lavrov anything to say it, and if there ever is a settlement in Syria that is not simply an opposition victory and blood-bath against the Alawis and other minorities, this is what it would have to look like.

At the moment, it isn’t plausible– the Sunni opposition groups are not yet convinced they can’t win against al-Assad, which is why they are fighting; and they wouldn’t be willing to break with al-Qaeda, because either they need it and its allies or because they are afraid of reprisals from it. They have to become more afraid of Russia than of al-Qaeda before this strategy becomes something anyone could seriously talk about.

But if the Russian intervention continues for a year, and Moscow can change the situation on the ground radically, its hope that ultimately everyone– al-Assad, the vetted opposition, and Iran will have to acknowledge that they have to deal with Russia to broker a settlement is not completely crazy.

Editor’s note: This article originally appeared on JuanCole.com. The author’s views are his own. 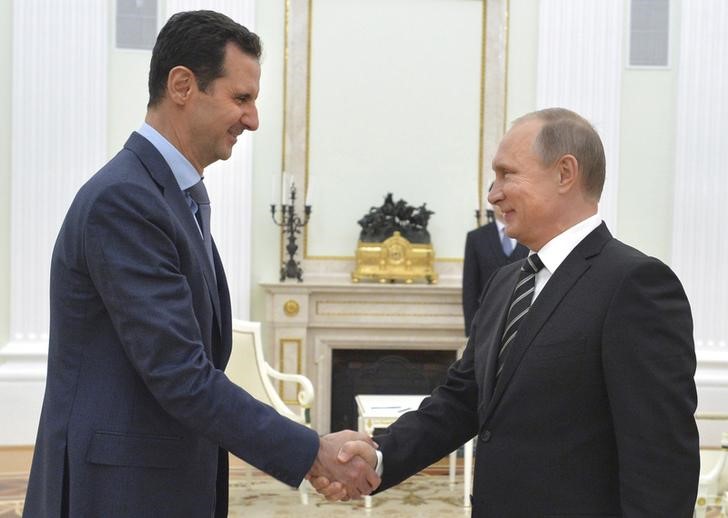 How to fixâ€¦ Firefox Bing. Fix the search feature in the â€œurl barâ€ aka â€œlocation barâ€â€¦

When is lying cultural?
By Karin Friedemann, TMO [caption id="attachment_19226" align="alignright" width="800"] Photo credit: Photodune[/caption] This week, I am thinking about a certain type…

Tell Secretary Kerry and Congress to Demand Justice for Tariq

The journey to becoming a new mom
Scroll to top