Israel: No Longer “the Only Democracy in the Middle East”

Israel’s Prime Minister Benjamin Netanyahu called it a “defining moment” when the Israeli parliament passed the Basic Law: Israel – The Nation-State of the Jewish People. He was slightly off the mark. This law redefines Israel. The document codifies the ethnonationalism that now dominates the Israeli political landscape. Israelis have achieved what white nationalists in the United States and Europe aspire to: a state for only one people defined in either racial or ethnic terms. And in doing so, the Israelis have complicated matters for the United States and for themselves.

To understand the shifts in the ways most Israelis define their nation, consult the full text of the new Basic Law and the text of the Israeli Declaration of Independence, which in the absence of a constitution served to define Israel until now. Until Israel creates a constitution, the Basic Laws serve as constitutional articles that shape the legal system and the policies of the Jewish state.

In its first article, the Basic Law describes Israel as a nation-state of the Jewish people and limits the right of self-determination to Jews alone. This article makes it clear that Israel’s Arab citizens have no right to self-determination under the law, but it is not clear what the law means for millions of Palestinians living under Israel’s military occupation. The Basic Law does not even mention Israel’s Arab and Muslim citizens. According to some of its supporters, the law has been designed to undermine the “constitutional revolution of 1992” and the Supreme Court interpretation that all citizens of Israel, Jews or not, have equal rights.

In contrast, the country’s Declaration of Independence specifically expresses Israel’s intent to work “for the benefit of all its inhabitants.” The document states that Israel “will ensure complete equality of social and political rights to all its inhabitants irrespective of religion, race or sex; it will guarantee freedom of religion, conscience, language, education and culture; it will safeguard the Holy Places of all religions; and it will be faithful to the of the Charter of the United Nations.”

The new law, unlike the Declaration of Independence, fails to guarantee equal rights and freedom of religion for Israel’s non-Jewish minorities. The law also downgrades the status of Arabic by making only Hebrew the national language. Not only does the law fail to address discrimination against non-Jewish citizens, it also can be used to override the rights and privileges of minorities with impunity. Put simply, it asserts the political supremacy of Jewish identity, religion, and culture.

For years, American leaders and expert commentators have been warning Israel that it cannot remain both Jewish and democratic if it does not embrace the two-state solution. By diminishing the status of the country’s Arab minorities and failing to reaffirm Israel’s character as democratic, the Basic Law indicates that Israel is choosing ethnoreligious identity over democracy. American politicians who often justify the excesses of the Israeli occupation by describing Israel as “the only democracy in the Middle East” will have to face the reality that even Israel does not call itself a democracy anymore.

The passage of this Basic Law shows the international community the direction in which Netanyahu is taking Israel. He is redefining Israeli identity and ideology. Therefore, the absence of a reaffirmation of Israel’s commitment to democracy and religious freedom for minorities, of Israel’s promise to preserve religious places of all faiths, and of a commitment to a two-state vision of peace in the region is extremely salient.

This change in what serves as Israel’s constitution will encourage more countries to label Israel a pariah state. The law incites anger in the region, makes it more difficult for Europe to support Israel, and above all alienates the American diaspora whose support and influence in American society is crucial for Israel’s security. The declaration of Jewish settlements as of national value raises questions about the seriousness of Israel’s commitment to the two-state solution. It confirms the suspicion of many scholars of the region that Israel does not really want peace.

Rabbi Steven Wernick, CEO of the United Synagogue of Conservative Judaism, a  pro-Israel and prominent American Jewish organization, summarizes Israel’s new and troubling character succinctly: “If you are an Israeli Arab today, you certainly are feeling de-legitimized as a citizen of the State.” He adds, “Israel is losing its soul and weakening its democracy and Jewish character. Its beacon of light on the nations is now dim. Even I am having difficulty seeing it.” The thing that Netanyahu and his supporters miss is that in abandoning democracy to preserve Jewish identity, they are also abandoning Jewish values.

The passing of this law only a few months after the United States’ unprecedented decision to move its embassy to Jerusalem will make U.S. foreign policy toward Muslim nations more contentious. Saudi Arabia, its Gulf allies and Egypt were willing to cooperate with Washington and Israel in their shared quest to contain Iran. This law makes it more difficult for these countries to normalize relations with Israel; they are criticizing it for “consolidating the occupation and perpetuating racial discrimination against the Palestinians.” Most policymakers abroad will assume that the passage of the Basic Law received U.S. President Donald Trump’s approval, and this assumption will cement the idea that the Trump administration acts more in Israel’s interests than in U.S. interests. As Washington takes steps to implement new sanctions against Tehran, Israeli provocations will make it more difficult to garner cooperation from nations like Turkey, Qatar and Pakistan.

This nationality law may serve Netanyahu’s political aspirations, but it does not serve American interests.  It undermines Israeli democracy and complicates the United States’ relations with its Muslim allies.

This post was originally published on the Center for Global Policy and republished with permission from the author.

Good Will to All, With a Side of Soft-Serve 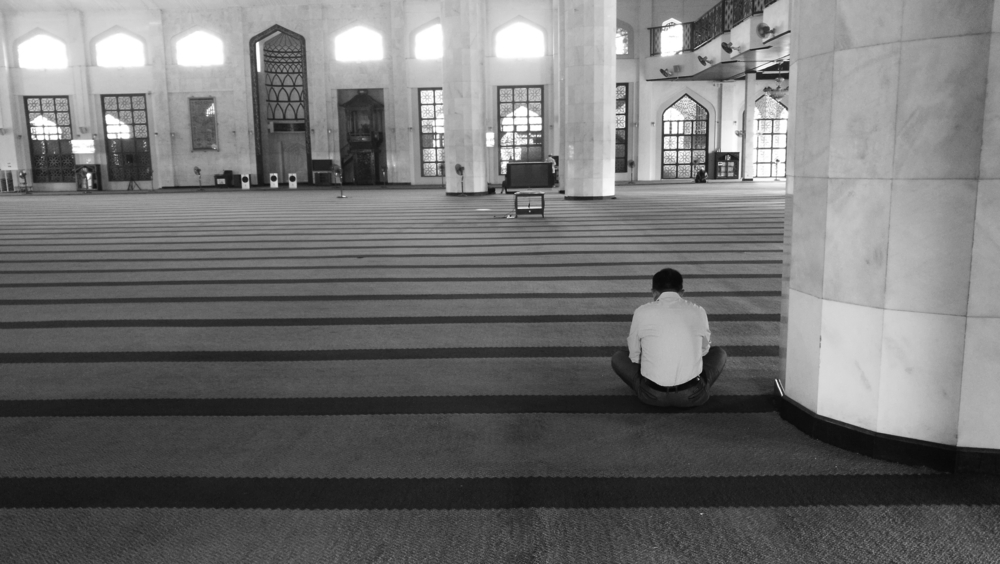 Why We Won’t Leave Afghanistan or Iraq
Yes, We Could... Get Out! By Tom Engelhardt An Afghan man smiles after he received food aid in Kabul May…

Rise and fall of Muslim civilization: The causes and cures
Scroll to top