A Book Review By Mirza A. Beg

In the wake of 9/11, the Bush Justice Department arrested almost 1,200 Muslims throughout the United States. They were ordinary American immigrants, mostly of Arab origin. The evidence at best was flimsy based on someoneâ€™s vendetta or in some cases neighborâ€™s paranoia.

Within a week the Justice Department unveiled the infamous â€œUSA Patriot Actâ€. Congress passed it in early October 2001 over the objection of many thoughtful Americans. The word USA PATRIOT is an acronym designed to pull at American heart strings. It stands for â€˜Uniting and Strengthening America by Providing Appropriate Tools Required to Intercept and Obstruct Terrorismâ€™

None of the arrested were ever brought to trial; although a few were summarily deported at the slightest irregularity in their immigration documents. Many were tortured. Exactly how many were tortured and how badly is a secret under the aegis of the â€œPatriot actâ€. Perhaps some day it will come out.

Overnight Muslim organizations became suspect. FBI undercover operations were taken in stride by most Muslims as a part of the job of the FBI to protect the citizens. But what unfolded in many cases was incitement and entrapment by implanted agent Muslim provocateurs with shady pasts, in trouble with the law.

On August 5, 2004, the lead national news was that two Muslims associated with the Albany Mosque were arrested in a terrorist plot. There names were Yassin Muhiddin Aref and Mohammed Mosharref Hossain.

The book â€œRound Upâ€ is written by Dr. Shamshad Ahmed, a professor of Physics, who established the Masjid As -Salam in 1980 and serves as its president. He knew the two victims of entrapment to be honest decent people.  It is essentially a short account of Yassin Muhiddin Aref, an immigrant from the Kurdish part of Iraq and Mohammed Mosharref Hossain from Pakistan, their background and how were they entrapped by the FBI.

Why were they entrapped is best known to the government or perhaps it is not even known to them. It is just possible that because they could not convict any of the 1,200 arrested, they tried random entrapment under the â€œone percent Cheney doctrineâ€, that is if the law enforcement authorities suspected someone of having a1% chance of supporting terrorism, America would treat him as if he were 100% a terrorist. Once the process was in motion, the Justice Department did not back down because the conviction was under the Kafkaesque â€œPatriot Actâ€.

The chapters are generally arranged chronologically from the day of the FBI raid on the Mosque (Masjid) on the 5th of April 2004, with a few flash back chapters describing the establishment of the mosque and how the author met the two victims of the FBI sting.

Dr. Shamshad in this book exposes the â€œCatch 22â€ nature of the infamous â€œPatriot Actâ€. One would expect that by planting an informer, the FBI had a clear case. No, the case lasted three years, and all the delays were by the FBI asking extensions to prepare their case. The defense was kept in the dark even about the exact charges. Every piece of information had to be pried out after lengthy court petitions. Occasionally when they succeeded, the information was so redacted to be almost useless. Even the judges ruling, why the information was classified, was classified and the defendant was denied access. In essence the â€œPatriot Actâ€ renders justice of a Kangaroo Court, so well described by Franz Kafka in his dark novel â€œThe Trialâ€.

Parts of the transcribed taped evidence by the Pakistani informer that were procured after long court battles are in the Appendixes of the book. They clearly show, it was the informer who kept on badgering the victims to say and do things that could be construed as illegal. At times the victims objected to his proposals as immoral and un-Islamic. He persisted, and on occasions the victims appear to be humoring the informer. The case rested on Musharraf Hossain being induced to take a loan from the informant at very favorable terms. The fact that the informer could launder his money and perhaps buy Chinese made rockets Hussain did not condone. Though the informant wanted the loan to be unrecorded, Hossain insisted on the propriety of it being recorded .The only crime for which Yassin Aref was roped in at the time was that as a friend he acted as witness to that loan.

Arefâ€™s command of English was not very good. It often appears that he was not quite clear about the tenor of the conversation. The conversations with Hossain were often in Urdu and the FBIâ€™s paid translator intentionally mistranslated taxes to terrorist. In 2005, a raid on a Kurdish camps in Iraq yielded a tape recording was unearthed, where someone seems to refer to Aref almost ten years earlier by a word in Kurdish that translates as elder brother. But if one wanted to stretch the meaning, it could be commander. Only this nebulous translation was presented to the jury to prove that he was a militant.

Dr. Shamshad Ahmad presents a very cogent account of the atmosphere in Albany during the publicity and the trial of the two defendants. On the one side the rightwing talk radio was in overdrive demonizing the Muslim and Arab community that we have become very familiar nationwide. The politicians such a Governor Pataki also took advantage of the situation. But the author also very lucidly portrays the support they got from the thoughtful American, including some in clergy in the best of American traditions. They not only joined the vigils in support of the defendants but gave material help and wrote petitions.

The balanced and thoughtful reporting of the Albany Times Union was exemplary. The author has included many of the incisive cartoons by John deRosier castigating the bizarre nature of the case. Those cartoons are indeed worth the proverbial thousand words.

The lawyers worked assiduously towards an impossible task of defending the accused where parts of the charges, the evidence and even the rationale judgeâ€™s rulings are reminiscent of a Kangaroo court without the clowns. Stephen Downs who voluntarily joined the case pro bono and has written the forward to this book especially worked hard in the best tradition of the American legal system.

In the introduction of the book Dr. Ahmad has described his own conservative education in a Madarsa where he learned his basic values of Islamic decency and caring. From his short narration of his background, it becomes clear that one can be conservative in the best sense of the words as well as a progressive with liberal values as well.  He has dedicated this book to the peace and justice loving humanitarians, and the proceeds from this book go to help the victims of the justice system gone awry in the shadow of the unpatriotic, â€œPatriot Actâ€.

The Assassination of Allama Turrabi 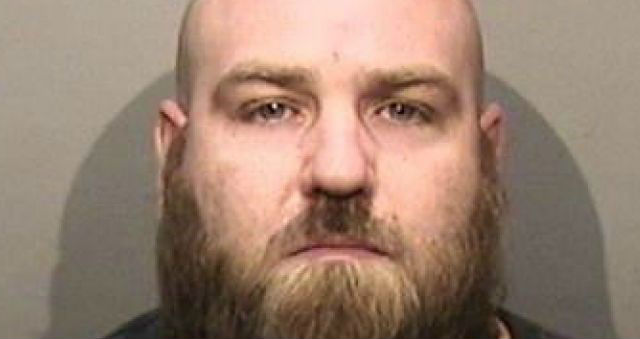 U.S.-Egyptian Relations and Challenges
Cairoâ€™s Consul-General to San Francisco: The Honorable Abderaham Salaheldin By Geoffrey Cook Berkeley--November 12th--The following is an article based on…

© 2017 MuslimObserver.com, All Rights Reserved
Harun Yahya – Secrets of the Hypocrites Looking for Love in All the Wrong Places
Scroll to top