The following was sent to George Tenet today in care of his publisher. The letter, written by a group of former intelligence officers, reflects disgust with George Tenetâ€™s effort to burnish his image with his new â€œtell allâ€ book.

We write to you on the occasion of the release of your book, At the Center of the Storm. You are on the record complaining about the â€œdamage to your reputationâ€. In our view the damage to your reputation is inconsequential compared to the harm your actions have caused for the U.S. soldiers engaged in combat in Iraq and the national security of the United States. We believe you have a moral obligation to return the Medal of Freedom you received from President George Bush. We also call for you to dedicate a significant percentage of the royalties from your book to the U.S. soldiers and their families who have been killed and wounded in Iraq.

We agree with you that Vice President Dick Cheney and other Bush administration officials took the United States to war for flimsy reasons. We agree that the war of choice in Iraq was ill-advised and wrong headed. But your lament that you are a victim in a process you helped direct is self-serving, misleading and, as head of the intelligence community, an admission of failed leadership. You were not a victim. You were a willing participant in a poorly considered policy to start an unnecessary war and you share culpability with Dick Cheney and George Bush for the debacle in Iraq.

You are not alone in failing to speak up and protest the twisting and shading of intelligence. Those who remained silent when they could have made a difference also share the blame for not protesting the abuse and misuse of intelligence that occurred under your watch. But ultimately you were in charge and you signed off on the CIA products and you briefed the President.

This is not a case of Monday morning quarterbacking. You helped send very mixed signals to the American people and their legislators in the fall of 2002. CIA field operatives produced solid intelligence in September 2002 that stated clearly there was no stockpile of any kind of WMD in Iraq. This intelligence was ignored and later misused. On October 1 you signed and gave to President Bush and senior policy makers a fraudulent National Intelligence Estimate (NIE) – which dovetailed with unsupported threats presented by Vice President Dick Cheney in an alarmist speech on August 26, 2002.

You were well aware that the White House tried to present as fact intelligence you knew was unreliable. And yet you tried to have it both ways. On October 7, just hours before the president gave a major speech in Cincinnati, you were successful in preventing him from using the fable about Iraq purchasing uranium in Africa, although that same claim appeared in the NIE you signed only six days before.

Although CIA officers learned in late September 2002 from a high-level member of Saddam Husseinâ€™s inner circle that Iraq had no past or present contact with Osama bin Laden and that the Iraqi leader considered bin Laden an enemy of the Baghdad regime, you still went before Congress in February 2003 and testified that Iraq did indeed have links to Al Qaeda.

You showed a lack of leadership and courage in January of 2003 as the Bush Administration pushed and cajoled analysts and managers to let them make the bogus claim that Iraq was on the verge of getting its hands on uranium. You signed off on Colin Powellâ€™s presentation to the United Nations. And, at his insistence, you sat behind him and visibly squandered CIAâ€™s most precious asset – credibility.

You may now feel you were bullied and victimized but you were also one of the bullies. In the end you allowed suspect sources, like Curveball, to be used based on very limited reporting and evidence. Yet you were informed in no uncertain terms that Curveball was not reliable. You broke with CIA standard practice and insisted on voluminous evidence to refute this reporting rather than treat the information as suspect. You helped set the bar very low for reporting that supported favored White House positions, while raising the bar astronomically high when it came to raw intelligence that did not support the case for war being hawked by the president and vice president.

It now turns out that you were the Alberto Gonzales of the intelligence community – a grotesque mixture of incompetence and sycophancy shielded by a genial personality. Decisions were made, you were in charge, but you have no idea how decisions were made even though you were in charge. Curiously, you focus your anger on the likes of Dick Cheney, Don Rumsfeld, and Condi Rice, but you decline to criticize the President.

For starters, during the critical summer and fall of 2002, you could have gone to key Republicans and Democrats in the Congress and warned them of the pressure. But you remained silent. Your candor during your one-on-one with Sir Richard Dearlove, then-head of British Intelligence, of July 20, 2002 provides documentary evidence that you knew exactly what you were doing; namely, â€œfixingâ€ the intelligence to the policy.

By your silence you helped build the case for war. You betrayed the CIA officers who collected the intelligence that made it clear that Saddam did not pose an imminent threat. You betrayed the analysts who tried to withstand the pressure applied by Cheney and Rumsfeld.

Most importantly and tragically, you failed to meet your obligations to the people of the United States. Instead of resigning in protest, when it could have made a difference in the public debate, you remained silent and allowed the Bush Administration to cite your participation in these deliberations to justify their decision to go to war. Your silence contributed to the willingness of the public to support the disastrous war in Iraq, which has killed more than 3300 Americans and hundreds of thousands of Iraqis.

If you are committed to correcting the record about your past failings then you should start by returning the Medal of Freedom you willingly received from President Bush in December 2004. You claim it was given only because of the war on terror, but you were standing next to General Tommy Franks and L. Paul Bremer, who also contributed to the disaster in Iraq. President Bush said that you â€œplayed pivotal roles in great events, and [your] efforts have made our country more secure and advanced the cause of human liberty.â€

The reality of Iraq, however, has not made our nation more secure nor has the cause of human liberty been advanced. In fact, your tenure as head of the CIA has helped create a world that is more dangerous. The damage to the credibility of the CIA is serious but can eventually be repaired. Many of the U.S. soldiers maimed in the streets of Fallujah and Baghdad cannot be fixed. Many will live the rest of their lives missing limbs, blinded, mentally disabled, or physically disfigured. And the dead have passed into history.

Mr. Tenet, you cannot undo what has been done. It is doubly sad that you seem still to lack an adequate appreciation of the enormous amount of death and carnage you have facilitated. If reflection on these matters serves to prick your conscience we encourage you to donate at least half of the royalties from your book sales to the veterans and their families, who have paid and are paying the price for your failure to speak up when you could have made a difference. That would be the decent and honorable thing to do. 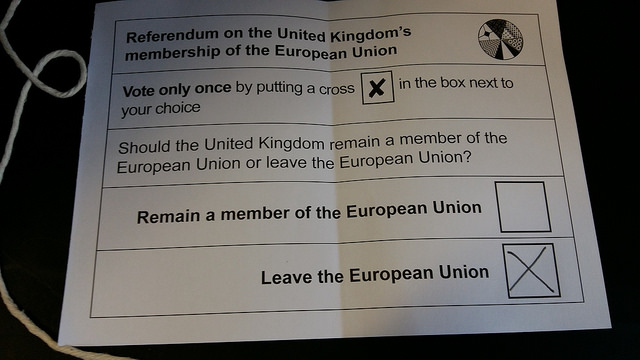 Palestine and Israel Within the American â€œEmpireâ€

© 2017 MuslimObserver.com, All Rights Reserved
The Heat of Our World Community News (V9-I19)
Scroll to top