UCLA star freshman basketball player Shabazz Muhammad missed out on an exhibition tour of China last week, according to a source familiar with the situation. The National Collegiate Athletic Association (NCAA) investigation is reportedly investigating financial dealings between Muhammadâ€™s family and friends. He remained behind, attending classes at UCLA, while the team went to China for a three-game tour that began on August 22nd.

NCAA officials have spoken with Muhammad, but have yet to talk with his family. The decision was made to have Muhammad stay home while the investigation is in progress, the source said. The principal reason for leaving him behind is because the NCAA allows a window of 40 days for an athlete to continue practicing while his situation is under review; that clock would have started in August if Muhammad had gone through the pre-China practices.

The NCAA is looking into whether Muhammad received improper benefits, to pay for unofficial trips to schools, from Benjamin Lincoln, CBSSports.com reported in February. Lincolnâ€™s brother, Geoff Lincoln, is an assistant at Las Vegas Bishop Gorman High School, where Muhammad played.

The NCAA is also investigating financial help from Ken Kavanagh, a New York financial planner who helped fund Muhammadâ€™s summer team, the Las Vegas-based Dream Vision Foundation. Kavanagh has said he is a longtime friend of the family. CBSSports.com reported that the NCAA contacted schools in February to make them aware of its interest.

UCLA isnâ€™t really permitted to speak on the subject of Muhammad. But UCLA menâ€™s basketball coach Ben Howland commented on how Muhammad looked in their initial practice sessions, â€œHe went through a couple of the earlier skill workouts that we were allowed to do, and that was very exciting,â€ Howland said. â€œYou could see the motor, aggressiveness. The bottom line is Iâ€™m sad and disappointed for him that heâ€™s not able to go on this trip. Yet weâ€™re cooperating with everything we can with the NCAA and the ongoing investigation, as are he and his family. And weâ€™re confident itâ€™ll work out.â€

Very little is being said thus far about potential penalties should the investigation turn up concrete infractions, but the NCAA seldom spares anyone when it comes to the issue of improper benefits. There in fact looms the distinct possibility that Muhammad is stripped of all collegiate eligibility. But even in that worst case scenario, Muhammadâ€™s basketball career would seem to be in good standing, as he is projected to be a top five National Basketball Association draft pick even without any collegiate experience.

Only Authentic Leaders Can Deliver a Middle East Peace 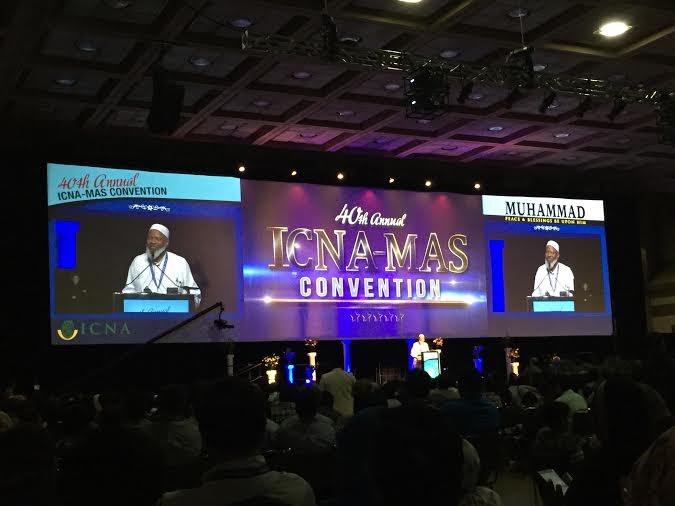 The 40th annual ICNA-MAS convention: “Muhammad: peace and blessings be upon him.”

The Muslim Observer Wins Community Leadership Award
By Ilyas Choudry, Houston Editor of TMO â€œAmidst us today is a Muslim news-reporter, a rare but growing entity in…