The India film stars dictate fashion and customs, but they usually arenâ€™t politically active. The recent killings seem to have changed that.

Reporting from Mumbai — Amitabh Bachchan slept with a gun. On Nov. 26, as 10 terrorists orchestrated mayhem at Mumbaiâ€™s landmark hotels and train station, Bollywoodâ€™s most enduring superstar pulled out his revolver.

The following day, he wrote on his blog: â€œAs an Indian, I need to live in my own land, on my own soil with dignity and without fear. And I need an assurance on that. I am ashamed to say this and not afraid to share this now with the rest of the cyber world, that last night as the events of the terror attack unfolded in front of me, I did something for the first time and one that I had hoped never ever to be in a situation to do. Before retiring for the night, I pulled out my licensed .32 revolver and put it under my pillow. For a very disturbed sleep.â€

As the bloody face-off between the terrorists and Indian commandos continued for three days, Aamir Khan, another major star and avid blogger, wrote: â€œTerrorists are not Hindu or Muslim or Christian. They are not people of religion or God . . . an incident such as this really exposes how ill equipped we are as a society as far as proper leaders go. We desperately need young, dynamic, honest, intelligent and upright leaders who actually care for the country.â€

A few days after the attack, Shah Rukh Khan, who is known to Hindi film viewers as King Khan and routinely described as more famous than Tom Cruise, told a leading television channel, â€œI have read the Holy Koran. It states that if you heal one man, you heal the whole of mankind and if you hurt one man, you hurt the whole of mankind. . . . There is an Islam from Allah and very unfortunately, there is an Islam from the mullahs.â€

This impassioned, unflinching outburst is rare for Bollywood. Mumbaiâ€™s Hindi film industry produces 200-odd films each year for an estimated annual audience of 3.6 billion. Bollywood and its stars dictate fashions, language, rituals and aspirations for millions of Indians and non-Indians around the globe. In Britain and the U.S., Bollywood box office is largely driven by Indian immigrants, but in countries such as Malaysia, Poland and Germany, even locals are avid consumers. Hindi films vary from fantastical entertainers to realistic, low-budget urbane dramas that usually appeal to more educated audiences. Bollywood is one of the few film industries globally that has withstood the Hollywood goliath. In fact, Hollywood is pushing for a piece of the booming Bollywood pie; studios such as Sony and Warner are producing Hindi films.

But despite its cultural clout, Bollywood has largely been an insular, apolitical space — columnist and author Shobhaa De, more acerbically, described it as â€œapathetic.â€ Unlike their Hollywood counterparts, stars here have rarely aligned themselves with causes. Even those who join political parties usually serve an ornamental function.

Like much of Indiaâ€™s elite and middle class, the film industry has preferred to disengage from politics and the invariably messy functioning of the worldâ€™s largest democracy. â€œMost Bollywood actors claim their job is to entertain the masses — nothing more, nothing less,â€ De said. â€œIt is the Republic of Bollywood movie stars owe any allegiance to.â€

But the terrorist attacks, which claimed 164 lives (plus those of nine gunmen), have forced the film industry to abandon its customary neutral stance. In blogs, media, petitions and peace marches, Bollywood has come forward to denounce the attacks and demand better governance. Most significantly, many leading Muslim stars who until now rarely delved into the controversies of religion have condemned the attacks as â€œun-Islamic.â€ They have, as Gyan Prakash, professor of history at Princeton University put it, â€œreclaimed their religion.â€ In an interview, actor Anil Kapoor, now appearing in â€œ Slumdog Millionaire,â€ called the attacks â€œa tipping point,â€ adding: â€œI think things will be different now.â€

The film industry can play a prominent role in Indiaâ€™s post 26/11 citizensâ€™ movement, not only because of its cultural cachet but also because Bollywood is and always has been inherently secular. India is home to about 151 million Muslims, the third-largest Muslim population in the world after Indonesia and Pakistan. The majority Hindus and minority Muslims share a long and tragic history, and politicians of every hue have exploited this divide. Hindu-Muslim relations are usually in a state of simmer, and the decades-old distrust routinely boils over in riots, murder and more recently terrorism.

Intriguingly, Bollywood has largely managed to resist this communal caldron. Through the decades, Hindus and Muslims have worked together without any palpable friction. In fact the biggest stars in contemporary Bollywood are Muslim (this includes the reigning superstar trinity of Shah Rukh, Aamir and Salman Khan). In â€œMaximum City,â€ his bestselling book on Mumbai, Suketu Mehta described the Hindi film industry as having â€œthe secularism of a brothel.â€ â€œAll are welcome,â€ he wrote, â€œas long as they carry or make money.â€

Among Bollywoodâ€™s earliest stars were Australian-born Mary Ann Evans, known to her fans as Fearless Nadia — a whip-wielding, iconic action heroine in the 1930s; the Jewish Florence Ezekiel, known to her fans as Nadira, a legendary vamp who seduced with her smoldering looks in the 1950s; and the Anglo-Indian-Burmese Helen, who from the 1950s to the 1970s was Bollywoodâ€™s most famous dancer.
Box office is king

Writer-lyricist Javed Akhtar, president of an organization called Muslims for Secular Democracy, disapproves of Mehtaâ€™s brothel comparison but agreed that in the 40-odd years that he had been working in Bollywood, he had never encountered bias. â€œThere is a method in the madness,â€ he said. â€œPeople in films — from the biggest stars to the smallest — know that their survival is in the success of the film. When you go to the racecourse, you cannot not bet on the winning horse because the jockey is of some other religion. You want to win the race so you cannot afford to be communal.â€

Bollywoodâ€™s reigning deity is the box office. Consequently, Akhtar pointed out, even actors and technicians who are high-profile members of the right-wing Hindu Bhartiya Janta Party will behave â€œin a totally separate manner within the industry.â€

Attempts to divide the industry on religious lines have found little support. In July, a little-known terror outfit called the Indian Mujahideen issued death threats via e-mail to leading Muslim actors, urging them to stop acting in movies or face the consequences. The industry collectively denounced the mail and Saif Ali, one of the actors threatened, responded in a newspaper saying that he would â€œrather be shot than not do a shot.â€

Eight years ago, a Hindu actor named Hrithik Roshan became an overnight sensation with his debut film, â€œKaho Na Pyar Haiâ€ (Say You Love Me). As the film ran to packed houses, a right-wing Hindu magazine, Panchjanya, ran a cover story insisting that Roshan was the Hindu answer to the Muslim Khan supremacy in Bollywood. The claim was resoundingly ignored. These contrived divisions also have little meaning in Bollywood because many of the leading stars have had interfaith marriages.

Even at historic turning points such as the 1947 partition, when Hindu-Muslim relations were violently fraught, the film industry has remained impervious to religious bias. In the 1940s and 1950s, the industry was also less self-focused and inward-looking. Cultural groups such as the Progressive Writersâ€™ Assn. and the India Peoplesâ€™ Theatre Assn. exerted a great influence on the leading writers, actors and directors of the time. The filmmakers and their films reflected an awareness and engagement with social causes.

But by the 1970s, a disconnect had set in. Prakash pinned it on â€œthe Amitabh Bachchan phenomenon.â€ After the actor had a string of successive hits, the media labeled him â€œa one-man industry.â€ According to Prakash: â€œThe Bollywood space changed then and became about celebrity.â€

This celebrity has only amplified in recent years. The post-liberalization media explosion and consumerist culture have converted actors into brands and they are constantly â€œon,â€ whether in cinema halls, television shows or newspapers and magazines. Hindi cinema and especially its stars dominate Indiaâ€™s cultural landscape, enjoying a super-size visibility. Media doggedly report on the minutiae of their lives, from love affairs to diet to favored hair stylist. Political parties have often attempted to turn this visibility into votes by using stars to campaign for them, but Bollywood stars in politics have largely been, in Deâ€™s words, â€œa monumental joke.â€

Prakash agreed. â€œUnlike Hollywood, Bollywood has became a space only for stardom,â€ he said. â€œPolitics is problematic, and itâ€™s not conducive to stardom. It only gets in the way.â€
Aamir Khan discovered this the hard way in 2006, when he joined activists demanding the rehabilitation of farmers displaced by the construction of a dam in the western state of Gujarat. The government demanded an apology. When he refused, multiplex owners in Gujarat refused to screen the actorâ€™s film â€œFanaaâ€ (Destroyed). Though the film eventually became a blockbuster, losses from the Gujarat ban — deemed unconstitutional by Prime Minister Manmohan Singh — ran into the millions. Not surprisingly then, silence and insularity are the preferred mode here.
Actress Preity Zinta, one of the industryâ€™s more outspoken stars, said the prevailing silence also had to do with the quality of leadership. â€œWhere are our icons?â€ she asked. â€œGive me one inspiring leader and I will not even think twice before offering support. Look at the political class abroad. I jumped as high as anyone in America when Obama won.â€
Terrorism has provided the impetus that politicians could not. Zinta was among the thousands of people who gathered Dec. 3 at the Gateway of India (opposite the Taj Mahal hotel) to protest the attacks and demand better security. The gathering, organized spontaneously through e-mail, text messages and Facebook, was described in leading newspapers as unprecedented.
Farhan Akhtar, Javed Akhtarâ€™s son and a filmmaker-actor, was also at the Gateway. When the firing started Nov. 26, Farhan was shooting the first episode of a â€œSaturday Night Liveâ€-style television show called â€œOye Itâ€™s Friday.â€ Farhan, who hosts the show, and his producers stopped work because, he said, â€œwe were too depressed to continue.â€ But a few days later, they regrouped to rewrite a part of the show. The first episode now included several biting comic lines about politicians and their legendary incompetence. â€œThere has been no event of this magnitude, nothing this drastic to get people polarized,â€ Farhan said. â€œBut now people have had enough. Weâ€™re not going to take it lying down anymore.â€
The big question is: How long will the anger last? Skeptics like De donâ€™t envision a more politically sensitized Bollywood, but many such as Zinta and Farhan believe and hope that a sustained involvement will follow. But even if the current activism dilutes with time, the Hindi film industry, an inclusive, successful global brand, will remain a symbol of unity in a deeply fractured country.
Chopra writes frequently about Indian cinema. Her books include â€œKing of Bollywood: Shah Rukh Khan and the Seductive World of Indian Cinema.â€ 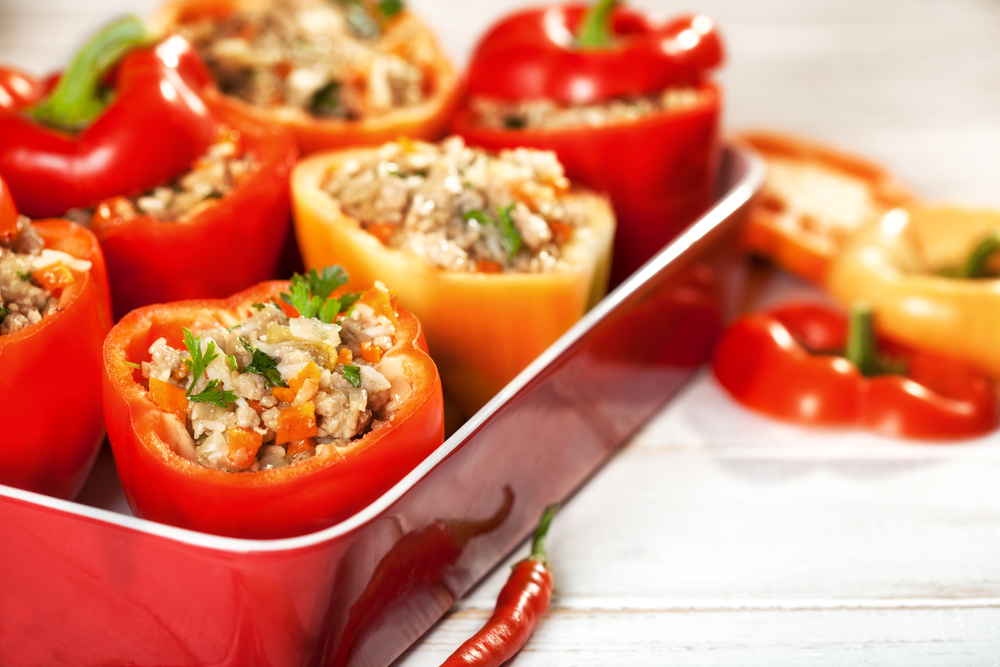 © 2017 MuslimObserver.com, All Rights Reserved
Egypt in Quandary as Gaza Raids Divide the Muslim World Islam in Cambodia
Scroll to top