Sir Syed Ahmad Khan was born in Delhi, India, the dying and decaying capital of the Mughal Empire, in the year 1817 CE.  His maternal grandfather had twice served as prime minister of the Mughal emperor of his time.  His mother Aziz un Nisa Begum took great interest in the education and upbringing of Sir Syed and her rigid discipline and supervision guided him in his character formation. He was given a typical education of that time. Learning the Qur`an by heart, Arabic,  Persian,  and Islamic law.

The death of Sir Syedâ€™s father left the family in financial difficulties. For his livelihood, he started his career as a clerk with the East India Company in 1838 CE. He qualified three years later as a sub-judge and served in the judicial department at various places.   He visited  Great Britain in 1870 CE and was very impressed by their collegiate system of education and was knighted in  England by the Queen herself.  Came back from  UK, determined to setup a Muslim Cambridge University.  After procuring some financial resources, he converted his School in Aligarh into a college in 1875 CE. Sir Syed spent rest of his life in Aligarh writing books and serving the Muslim community until his death in the year 1898 CE.

Sir Syed Ahmed Khan, was a lawyer, judge, author, publisher, political leader, educator, and a great thinker of Muslim India. He strived towards the upliftment of the Indian masses, specially Muslims with modern scientific education and tried very hard to  break  the shackles of religious orthodoxy and traditional dogma of Indian Muslims. He saw the severe decline and decay of the Indian Muslims after the 1857 CE revolt, and thought that only through modern education the lot of Indian Muslims can be improved. To fulfill this objective he poured all his energy towards this goal with great passion.

Sir Syed established the first  school at Muradabad in the year 1858 CE and five years later, another one in Ghazipur,  finally in 1867 CE, he opened, Muhammadan Anglo-Oriental School in Aligarh which became a university in 1920 CE. He also established a Scientific Society, which published translations of scientific and educational books as well as a journal.  From Aligarh he published two journals; Muslim Social Reformer and Aligarh Institute Gazette. The themes of these journals were to reform the thinking of the Ummah and a call for Muslimâ€™s involvement in modern education and scientific methodology.

Sir Syedâ€™s literary interest developed early in in his life while working as a Jurist,  he published a series of treatises in Urdu on religious subjects.  It was his book; Athar Assanadid (Great Monuments) which won him a national fame in which he documented the antiquities of Delhi starting from the medieval age.  His other Literary works include Jila-ul-qulub bi -Zikr-il Mahbub, Tuhfa-i-Hasan, and Tahsil-fi-jar-e-Saqil,   These three works deal with the religious and cultural aspect of Islam. His book Asbab-e-Bhaghawath-e-Hind (The Causes of the Indian Mutiny), Loyal Muhammadans of India, was meant   largely for the British audience.  The book Tabyin-ul-Kalam, is a series of essays on the life of Prophet Muhammad (s).  Apart from these books he also wrote a commentary on the Bible  and tafsir (Commentary) on Qurâ€™an. He was the first Muslim to write a commentary on the Bible.

On the political front, Sir Syed opposed Hindu  nationalist leaders after the creation of the Indian National Congress in 1885 CE. He tried to assure the British, about Muslimsâ€™ loyalty towards them. These tactics reflected his belief that if the British were convinced of Muslim support, the resulting official patronage would help Muslims overcome their relative backwardness in education and employment.

Sir Syed tried to get rid of Muslim religious orthodoxy.  In a speech in Lahore in 1884 CE, he said, â€œWe need a modern elm al-KalÃ¢m, by which we should either refute the doctrines of modern sciences or show that they are in conformity with the articles of Islamic faith.â€ He wrote a book,   TahrÃ®r fiâ€™l-asul al-tafsir (Word About Principle of Tafsir)   in 1892 CE  to explain the principles behind his tafsir of the Qurâ€™an, and stated;

There could be nothing in the Qurâ€™an that is against the principles on which nature works- as far as the supernatural is concerned, I state it clearly that they are impossible, just like it is impossible for the Word of God to be false- I know that some of my brothers would be angry to read this and they would present verses of the Qurâ€™an that mention miracles and supernatural events but we will listen to them without annoyance and ask: could there not be another meaning of these verses that is consonant with Arabic idiom and the Qurâ€™anic usage? And if they could prove that it is not possible, then we will accept that our principle is wrong- but until they do so, we will insist that God does not do anything that is against the principles of nature that He has Himself established.

He further said that; If the apparent meaning of the Scripture conflicts with demonstrable conclusions, it must be interpreted metaphorically. Ibn Rushd seven centuries ago had a similar idea; He  said that in case of reconciling the demonstrative truth and scripture truth, one have to make metaphorical and allegorical interpretation which is what the Author of Scripture intended.

Sir Syed Ahmad was a contemporary to Darwin and he believed in his â€˜Theory of Evolutionâ€™ making the argument that the fall of Adam and Eve was actually a symbol for humans to distinguish between good and bad.  Qurâ€™an he said is not a book from which to seek scientific knowledge, rather a great source of moral and other guidances.

Sir  Syed Ahmed was great humanist, during the revolt 1857 CE  he risked his own life to save a British families from the freedom fighters. Later, when the British Government offered him a huge estate in reward, he refused it and said that he had acted from conviction, not for the reward.

Sir Syed Ahmad was a great thinker who made immense contribution for the Muslims of India and certainly tried his best to build a bridge between Islamic thought and  modernity. His towering achievement was the Aligarh movement and a world famous, Aligarh Muslim University. The university gave modern education to tens of thousands of Muslims of India but they still did not rise up to his call, otherwise we could have established several universities like Aligarh all over the subcontinent. 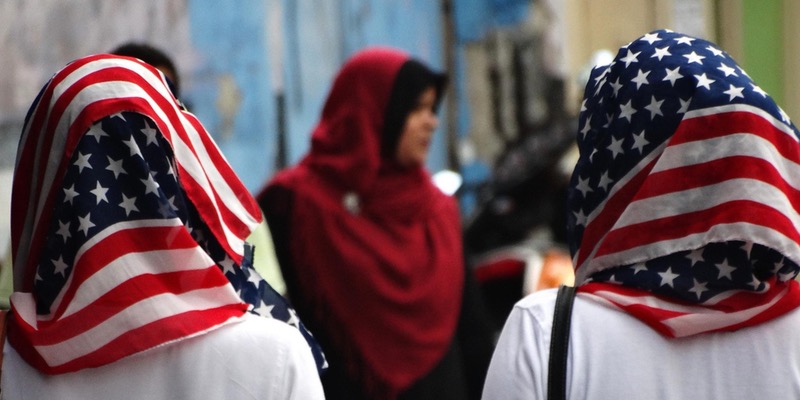 Body fat stored in the liver, not the belly, is the best indicator of disease

Video on Fallujah
Click here to view first half of video by Michael Manning about the November assault on Fallujah.