High School can feel pretty tough when you are a teenager. Yes, tough classes, drama, and not receiving the freedom you believe you deserve, are all valid forms of hardship.

But, that’s not what I’m referring to– I’m talking about what feels like the extra baggage every Muslim might have felt at some point alongside their American High School experience.

Muslims across generations can relate to the poor vegetarian and halal food options every school offers and the torn feeling when you have to choose between going to school, taking an exam or celebrating Eid.

While wondering who you are and what you will do with your life is a normal feeling to have in High School, watching your religion be practically nonexistent for your school can lead to feeling irrelevant. Unfortunately though, this probably isn’t even the worst of a Muslim student’s worries.

With “Moslems” always being a central topic in politics, teens that openly express their religion by wearing a hijab, or just being open about their religion in conversation, suddenly are representing one of the most controversial political debates in the country.

The reaction one can expect to receive varies. For example, at schools like Troy High or International Academy Central (IA Central), there is almost always a good mix of political opinions and cultural backgrounds in the room.

Zeina Aboushar, who attended IA Central for her freshman year of high school, never had to worry about explicitly being singled out and the worst of her experiences were people openly joking about Islam.

Yet, Mahnoor Imran, now a senior at Troy High, recounts her days as a high schooler in Pennsylvania as much worse than anything she had experienced at Troy High.

She believes national politics did have a role in how she was treated and how she felt at school.

She elaborates “ As the political climate and anti-Muslim rhetoric grew more hostile, I lost many friends and faced online harassment from others in my grade.” This left her feeling very “…isolated and alienated…”

The experiences these two students highlighted are often a result of teachers and school officials struggling to draw the line between something being offensive or political.

Most teachers are obligated to intervene when a situation becomes offensive or if one student is harassing another, but, when the cause is political, a teacher faces the struggle of resolving a conflict, while staying politically neutral.

This is related to the question of whether students should be allowed to wear political paraphernalia like a Trump t-shirt, even if it increases the chances of students being harassed on either side.

Aboushar and Imran both believe that people have a right to wear what they want to wear to school.

Abou Shar believes  “.. people should be able to express their opinion even if we don’t agree with it maybe we’ll be able to show the truth with our actions.”

While Imran points out that even though people have a right to express themselves, “ if bullying ensues, then the school must take action to end those types of issues.”

We live in a country that was not built for or around the needs of Muslims and feeling like you don’t belong is the last thing you want to worry about in high school.

Although some believe that the Islamophobia situation is only getting worse, others have reason to be optimistic.

While acknowledging the widespread hate in our country, both Aboushar and Imran don’t feel like they have to “compensate”  for being Muslim around others. Imran does recall wanting to “fit in” when she was younger, however, she also remarks that “.. as I grew more mature and gained more insight about the world around me, I focused on embracing my differences.”

Despite the negative rhetoric associated with being Muslim in America, many Muslim Americans seem to echo Imran’s more optimistic outlook on life.

Real-world stories of this optimism are seen in Ibtihaj Muhammad becoming the first Hijab wearing woman on the U. S. Olympic Women’s fencing team, Melanie El-Turk owning a modest fashion line Haute Hijab and a number of Muslims running for government.

The achievements of these courageous Americans emphasize one point: the struggles students face in high school are no reason to lose hope, they only give students more reason to join the positive force for change. 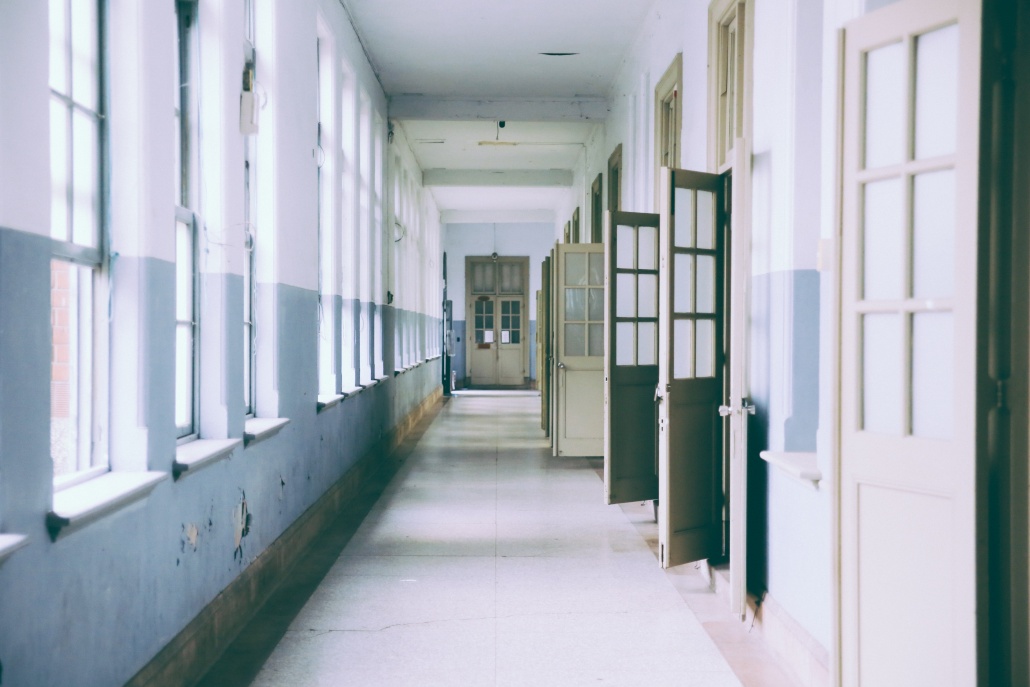