“Water: cheapest when available, and most expensive (and dearest) when it’s not,” Shaykh Yaser Birjas stated as his words trembled the hearts of many at a sold-out fundraising dinner on Sunday.

Almost 600 people joined for an evening hosted by MY-ICD Youth and Baitulmaal, at Byblos Banquet in Dearborn, in support of the crisis occurring in Yemen.

MY-ICD is the youth committee of the Islamic Center of Detroit, founded in 1998, instantly establishing a community center and second-home to many. The work they have been executing is changing the lives of many, both within the community and across the globe.

The program began with welcoming remarks and heart-touching Qur’an recitation with Imam Ishack from Masjid As-Salam, Detroit. Thereafter, the MC for the night, Ibrahim Ayash, was introduced. After he welcomed the audience, he asked that everyone takes a moment and gives a round of applause for the hardworking team, MY-ICD. He gives deep insight of the situation in Yemen; it’s not an issue of a natural catastrophe, but a result of political infighting amongst several people.

Sadly, the women and children are the ones who suffer most, with one child dying every ten minutes.

“I say that not for us to feel bad, but to let us know we have the power to do something for those kids.”

He mentions how currently access to clean and safe-drinking water is extremely rare. Last year alone, more than 1 million people in Yemen have been documented to have Cholera, a disease from contaminated water. Meanwhile, in the same year, only one person in the US has been documented to have Cholera, giving a profound statement alone of the calamity they are facing. It’s enough to have such upsurge of disease, but there’s also no access to vaccines. 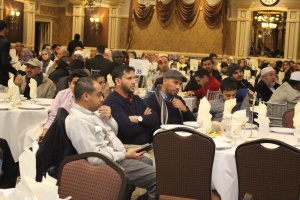 While it costs just four dollars to administer the vaccine in the US, it reaches close to 21 dollars in Yemen. Those children have passions and dreams, like, us, but can’t fulfill them because they have to worry about the next meal. Ibrahim’s introduction drew the perfect picture of the crisis in Yemen.

Up next on the program, the Executive Director of Baitulmaal, Suleiman AlGhanem, was welcomed to the stage. He thanked everyone for joining, and gave an overview of Baitulmaal’s incredible relief work for the past 15 years. He stated how it’s not just Yemen, but many countries that have many hungry, sick, and orphans and that wherever they go as a relief organization, they aim to help as many as feasible.

“The Children of Yemen are so dear to us. They are our children, just like any other children anywhere else. It is our obligation to extend the help to them, and it’s not one time, two times, or three times. Every time we’re asked to help we must do so-no excuse,” he said.

He gave a shout out to all relief organizations, not just Baitulmaal, as their goal is all aligned: to help the weak who can’t help themselves.

Spoken word with a MY-ICD Member, Tarik Alhaidary, was a remarkable method of getting his message across. “Rich surviving, poor dying, father’s fighting, children dying, mothers unraveling- trying to keep their loved ones together,” he exclaimed.

Subsequently, the keynote speaker for the evening, Shaykh Yaser Birjas, came up to give words of inspiration. He began by noting the blessings of water, heat, a roof, health care and education that many take for granted. Shaykh Yaser uses the best of examples, our Prophet (pbuh) and role model. He mentions that before he was a messenger, he was humanitarian. He was the first to be there for the hungry, put the needs of others before himself, and was deeply empathetic in character.

After receiving revelation, the Prophet (pbuh) ran back to his wife, Khadijah, asking her to cover him. After he explained what occurred, and said that he (pbuh) was so scared for himself. She swore by Allah that he will not be humiliated, for he maintained tie with the relatives, helped the needy, carried the burden of others, revived destitute, and was very generous.

In one incident when he received an entire lamb as a gift, he asked his family to give it away to the needy before he returns home. Upon returning home he found that all the meat was distributed except for the shoulder, for they know it’s his favorite part.

When they said, “all the lamb is gone except the shoulder,” he Prophet (pbuh) replied that, all of it stayed except the lamb; for what’s given away in charity remains as a deed written for one to find in the Hereafter.

“So, follow his example, and be a good humanitarian. Be a people’s person. If someone asks for help, don’t hesitate- just go,” he reminded the audience. Shaykh Yaser made note that it may not be money, but whatever you can offer, such as time, food, or whatever expertise Allah has blessed you with.

The words he followed with left many reflecting, and possibly others in tears; “Water: Cheapest when available and most expensive (and dearest) when it’s not.” He gave the example of countless events in which tons of water bottles are put out, and many remain behind with just a sip taken, and are placed right into the trash. It’s a basic necessity many simply take for granted; while those in Yemen wish for just one sip. Shaykh Yaser mentioned the hadith of the Prophet (pbuh), in which the believers in the Ummah are like one body, if one part of the body is in pain the entire body feels it. Similarly, when you have a toothache, or extreme headache, and can’t sleep all night. “When it comes to any society how do we measure the strength? It measures by much we care about the weak!” Shaykh Yaser’s speech may have ended, but his reminder evidently remained in the hearts of many.

Maghrib prayer was executed, followed by Sulaiman AlGhanem doing a short presentation about the work of Baitulmaal.

The phrase of “Children didn’t cause this conflict, why are they the first victims?” flashed on the screen. Subsequently, Shaykh Abdulhakim Albadanai, began his fundraising with insightful words; “I don’t want tonight all gloomy, one of brightest part is seeing how genuine and beautiful you are- the hall is packed! They had to stop selling tickets.”

Quickly, $140,000 was raised, vividly showing the love and support that filled the room. While Native Deen singer, Joshua Salam, was welcome to the stage, dinner began being served.

The dinner lasted just a few hours, but has undoubtedly changed the lives of many in Yemen suffering during this conflict. MY-ICD one again did a remarkable job giving back to their community; excitement rises as many anticipate the next big event. 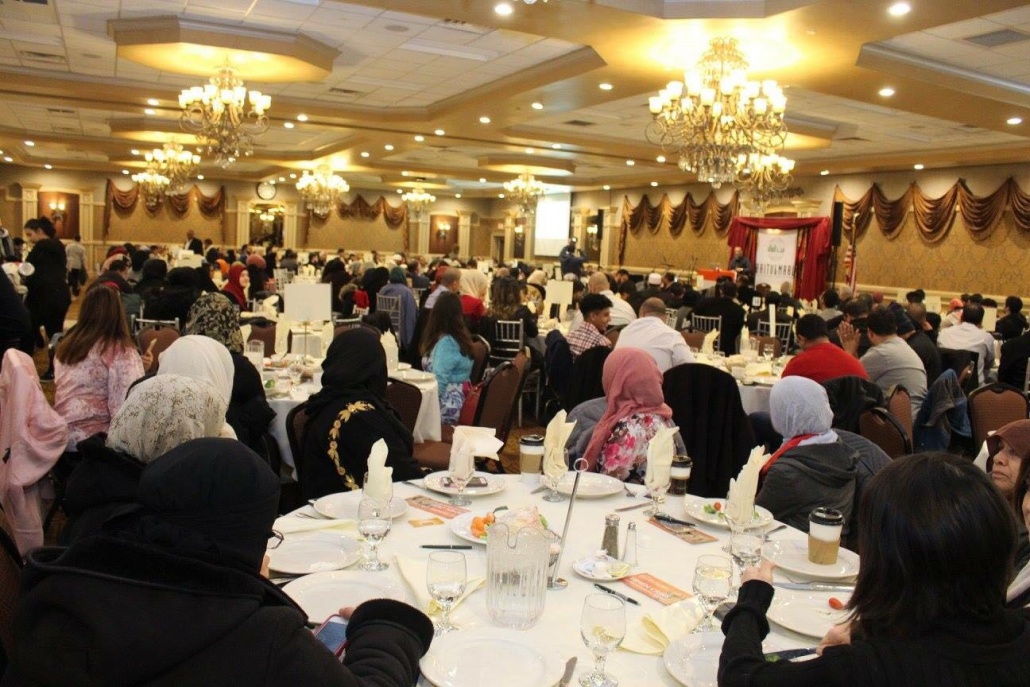 Are Children Tortured In Iraqi Prisons?

How Can Pasta Possibly Be Healthy?
Scroll to top