WASHINGTON, Nov 30 (KUNA) — During a joint appearance by Christian, Jewish and Muslim leaders at the National Press Club on Friday, a national campaign to unite all Americans against terrorists was launched, highlighted by the proclamation of a fatwa by the Fiqh Council of North America.

Dr. Muzammil H. Siddiqi, chairman of the council, read the fatwa to a packed house gathered for a press club luncheon.

The fatwa states that all acts of terrorism are forbidden in Islam; it is forbidden for a Muslim to cooperate or associate with any individual or group that is involved in any act of terrorism or violence; and it is the duty of Muslims to report to enforcement authorities any threat which is designed to place a human being in harmâ€™s way, bringing them before a competent court of law and in accordance with due process.

â€œWe pray for the defeat of extremism, terrorism and injustice,â€ Siddiqi said. â€œWe pray for the safety and security of our country the United States and its people. We pray for the safety and security of all inhabitants of this globe. We pray that interfaith harmony and cooperation prevail both in the United States and everywhere in the world.â€ Theodore McCarrick, Catholic archbishop emeritus of Washington from 2001 until his retirement last year, was the luncheon speaker for the event, where he announced the launch of a grass-roots â€œUniting to Protectâ€ national campaign.

Also featured was Rabbi Jack Luxembourg of Temple Beth Ami in nearby Rockville, Maryland. Luxembourg served in the American Jewish Congress as president of the National Capital Region.

In his speech, McCarrick said that many U.S. religious leaders had never taken proper note of the â€œcourageousâ€ efforts by the U.S. Muslim community in the battle against terrorism and extremism.

The fatwa announced on Friday was â€œa monumental stepâ€ and an â€œextraordinary document,â€ McCarrick said.

â€œWhat unites us is greater than what divides us,â€ he said, referring to Muslims, Christians and Jews. â€œWe are the children of Abraham. We are one family.â€ Asked by KUNA if the so-called â€œlong warâ€ or â€œendless warâ€ against global terrorism might end in the foreseeable future, McCarrick said, â€œI have hope and confidence the Lord will listen to our voices and bring an end to what is certainly going to be a sad chapter in the history of our world.â€ If actions like the one taken at this event â€œwere multiplied by moderate religious leaders worldwide, we will have the basis for that hope,â€ he said. 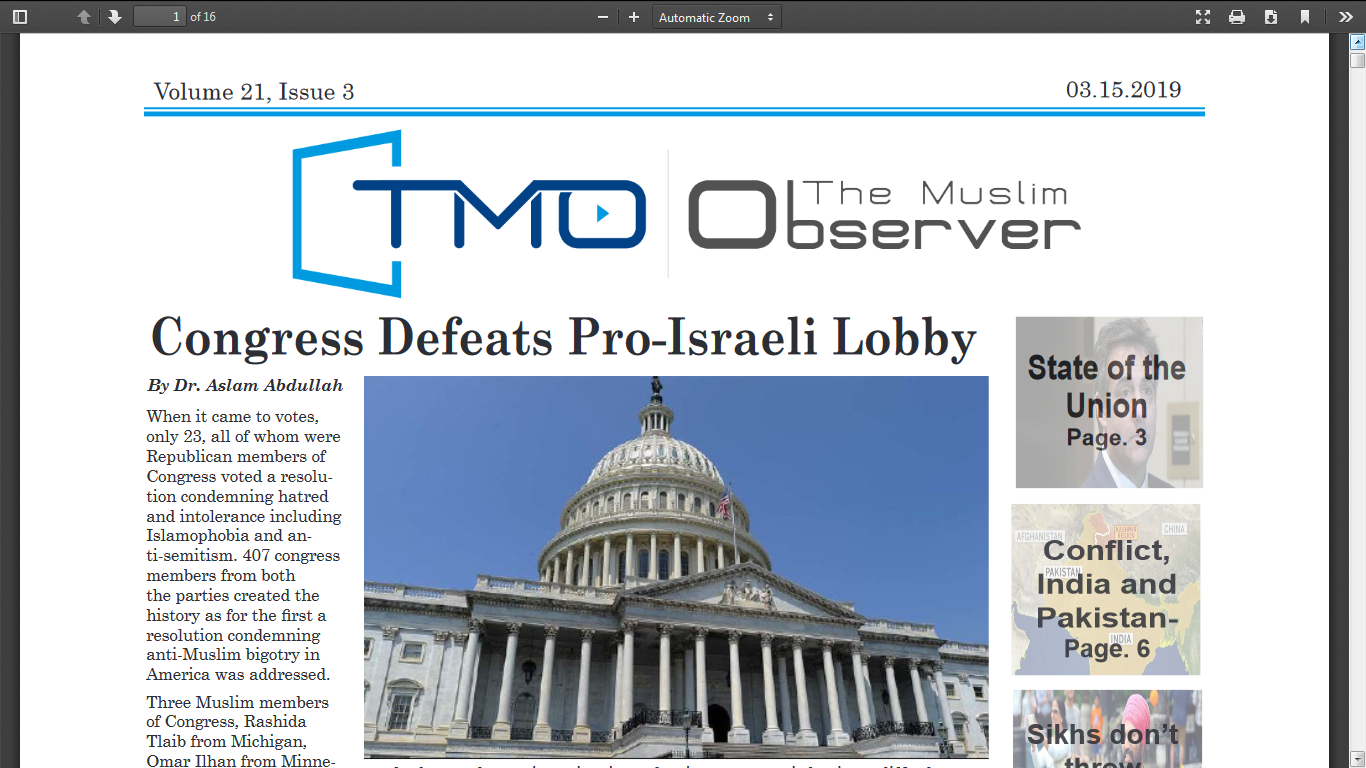 © 2017 MuslimObserver.com, All Rights Reserved
Kuwaitâ€™s Trail of Tears US Commander Converts to Islam
Scroll to top