Russian warships are seen sailing in the Caspian Sea in this frame grab taken from footage released by Russia’s Defence Ministry October 7. Ministry of Defence of the Russian Federation/Handout via Reuters

By Robin Emmott
and Laila Bassam

BRUSSELS/BEIRUT (Reuters) – NATO on Tuesday rejected Moscow’s explanation that its warplanes had violated alliance member Turkey’s air space by mistake and said Russia was sending more ground troops to Syria and building up its naval presence.

With Russia extending its air strikes to include the ancient Syrian city of Palmyra, Turkish President Tayyip Erdogan said he was losing patience with Russian violations of his country’s air space.
“An attack on Turkey means an attack on NATO,” Erdogan warned at a Brussels news conference.

NATO Secretary-General Jens Stoltenberg said the alliance had reports of a substantial Russian military build-up in Syria, including ground troops and ships in the eastern Mediterranean.

“I will not speculate on the motives … but this does not look like an accident and we have seen two of them,” Stoltenberg said of the air incursions over Turkey’s border with Syria at the weekend. He noted that they “lasted for a long time”.

The incidents, which NATO has described as “extremely dangerous” and “unacceptable”, underscore the risks of a further escalation of the Syrian civil war, as Russian and U.S. warplanes fly combat missions over the same country for the first time since World War Two.

A U.S. official told Reuters the incursions had lasted more than a few seconds and described Moscow’s assertion that they were an accident as “far-fetched”.

The Turkish military said a further incident took place on Monday when a MIG-29 fighter and Syria-based missile systems “interfered” with eight Turkish F-16 jets patrolling along the Syrian border.

The MIG-29 locked its radar onto the Turkish patrol for 4 minutes 30 seconds, and a Syria-based missile system locked onto them for 4 minutes 15 seconds, the Turkish military said. Russia flies MIG-29s, as does Syria’s own air force.

Stoltenberg said the U.S.-led alliance had not received “any real explanation” from Russia about the incursions.

Disagreement over the air space violations comes as Russia and the west dispute the aims of Moscow’s air campaign. Moscow says it is attacking Islamic State, but most of its air strikes have hit territory held by other rebel groups fighting against its Syrian ally, President Bashar al-Assad.

Western countries, Arab states and Turkey, who are waging their own bombing campaign against Islamic State but also want Assad to leave power, say Moscow is using Islamic State as a pretext to target Assad’s other foes. Russia says the Assad government should be the centerpiece of international efforts to combat extremism.

With Russian and NATO planes now flying combat missions in the same air space, a danger is that the Cold War enemies could fire on each other.

The skies in the area have seen incidents in the past. A Turkish jet was shot down by the Syrian air force in 2012 over the Mediterranean and earlier this year Turkey shot down a Syrian helicopter that Ankara said violated its airspace.

“The impression is that the incident in Turkish air space was used to plug NATO as an organization into the information campaign waged by the West to distort the aims of the operations carried out by the Russian air force in Syria,” Alexander Grushko was quoted by Itar-Tass news agency as saying in Brussels.

Russia’s defense ministry said it agreed in principle with U.S. proposals on coordinating military flights in Syria. The ministry said it was ready to hold talks with Turkey to avoid “misunderstandings” and invited foreign military officers to Moscow for talks on how best to fight Islamic State.

President Vladimir Putin has said he will not put Russian ground forces in Syria, where the civil war has killed 250,000 people. However, Stoltenberg said there was a growing presence of Russian forces in Syria.

“I can confirm that we have seen a substantial build-up of Russian forces in Syria – air forces, air defenses, but also ground troops in connection with the air base they have, and we also see an increased naval presence,” Stoltenberg said.

They said Soleimani traveled to Moscow in July to help plan the joint action after senior Russian officials met Khamenei and senior Iranians met Putin to agree it.

U.S. officials have previously said Russia has sent seven T-90 tanks, some artillery, and about 200 marines. It has also deployed temporary housing units, a portable air traffic control station and components for an air defense system.

Russian defense ministry sources have been quoted in Russian media as saying about 1,500 Russian servicemen are involved in supporting the air strikes and advising Syria’s army.
The Russian Defence Ministry says it has more than 50 warplanes and helicopters in Syria. Russia’s Tartous naval facility there is a logistics base and has been overhauled in recent years. It is being used to unload equipment, some of which is also being flown in.

Islamic State forces captured Palmyra in May, an advance that brought them closer to the core of government-held territory in western Syria. It also put the city’s Roman-era ruins under the militants’ control.

Russia denied hitting civilian targets inside Palmyra or conducting strikes that might harm the ruins.

“It was the heaviest Russian attack on Palmyra,” Observatory director Rami Abdulrahman said. Across Syria, Russian jets carried out at least 34 air strikes in the last 24 hours, the Observatory said. 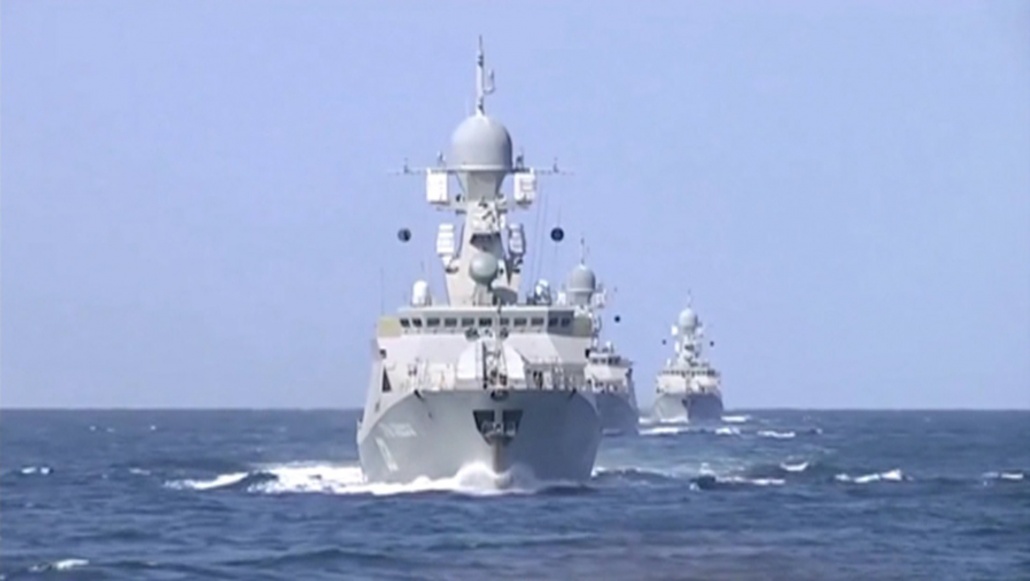 © 2017 MuslimObserver.com, All Rights Reserved
Where polls fall short: a conversation with Robert Wuthnow on ‘Inventing American...

We are Going Digital.
Scroll to top