Under a white tent, visitors savoured byrek, or Albanian pie with spinach and feta cheese or yogurt, eggs and ricotta cheese; and lamb and chicken shish kabobs. They also relished desserts like kadaif, or shredded phyllo dough with nuts, and tullumba, or fried fluffy dough with syrup.

Jonuz Kulla, president of the Albanian American Muslim Community, told the Republican-American newspaper that he is proud to be able to have the first Albanian festival in Waterbury. He said there are about 150 families in the community, with the majority hailing from Waterbury.

Neil and Polly Yarhouse, whose daughter and son in law are serving with the Peace Corps in Albania, said they were delighted to attend the festival and were looking forward to attending it next year.

NEW CASTLE, NYâ€”The Upper Westchester Muslim Society has proposed the construction of a new mosque in New Castle. The group consisting of professionals and young families have been holding prayers and other services at a rented space in a shopping center.

The society bought 8.3 acres in 2004 for around $1 million. This month it submitted its plans to the Zoning Board of Appeals for a special use permit. Society representatives say that the construction will begin as soon as they receive the approval.

The society aims to construct a center which would include a prayer hall, a weekend school, a library, youth center and a conference center.

According to local press reports about 35 families make up the societyâ€™s membership. The community is diverse, and multi-ethnic (including American born and naturalized citizens and immigrants from several nations). Most work in medicine and scientific fields.

NEWBURGH, NYâ€”Sixty percent of the work on Masjid Al Ikhlas at 25 Washington Terrace in Newburgh has been completed, reports the Times Herald-Record. In order to raise the required funds for the completion of the remaining work, the mosque organized a bazaar last month.

The mosque and its imam, Salahuddin M .Muhammad, are well resepected in the community for their outstanding interfaith and outreach efforts.

Masjid Al Ikhlas has always advocated a moderate and tolerant view of Islam, the Islam taught and practiced by its Prophet Muhammad (s) and his [Companions],â€ said Shafeeq Abdul Wali, a member of the mosque who serves as a community liaison.

He said the entire congregation was working to play a â€œgreater role in helping to bridge the gap between Islam and the West.â€

LOS ANGELES, CAâ€”Islamic Relief and the Church of Jesus Christ of Latter Day Saints have joined hands to provide relief to the starving people in Kenya, Ethiopia and Malawi. The Mormon Church manufactures an easily digestible grain mix, and Islamic Relief gets it to the people on the ground, reports NBC 4 news.

Shamim Hussain of the Islamic Relief told the news station, â€œ We deal purely with the humanitarian impulse … and really thatâ€™s spread across religious lines, you know, across ethnic lines, any kind of barriers you can think of.â€

CLINTON, IAâ€”The sign of the Clinton Islamic Center was broken when a suspected vandal threw a boot through it. According to local police the damage was estimated at $200.

He said he had received some phone calls since the incident from people offering their sympathy.

â€œWeâ€™ve had very good feedback from the people,â€ he said. â€œWe hope this is just vandalism.â€

JACKSONVILLE, FLâ€”A First Coast Muslim family says that their religious beliefs caused problems for their ten-year-old who attends Pine Forest Elementary School, reports First Coast News. Alana Scott with her mother at her side told reporters in front of the school, â€œThey said sorry had to go through that. That was pretty embarrassing.â€ The fifth grader was describing the reaction of classmates to the way she says her music teacher treated her.

Scott and her mother, LaTisha Jones, say the schoolâ€™s music teacher on several occasions referenced the black scarf she wore to school.

Jones who says she approached the school several times says, â€œShe had no clue (her daughter) what was going on. The only thing she could keep saying is what did I do wrong. I donâ€™t understand why he hates me so much. What did I do wrong? You have no clue how awful that feels.â€

The principal of Pine Forest, Denise Ahearn, responded to the familyâ€™s allegations. Ahearn says, â€œAny kind of discrimination on any grounds whatsoever would never be tolerated, not only by this school or the district.â€

The school systemâ€™s Office of Equal Opportunity is investigating the complaint.

NEW YORK, NYâ€”The New York Disaster Interfaith Services (NYDIS), in partnership with the New York Office of Emergency Management, is organizing a seminar aimed at clergy to respond to disasters on June 13th at St. Paulâ€™s Episcopal Church in Stapleton.
The event is free and open to the public and will offer presentations on how to put together a household disaster plan, a â€œGo Bag,â€ a household emergency supply kit and a house of worship response plan.

â€œSixty percent of people look toward religious leaders in times of crisis,â€ said Peter Gudaitis, executive director of NYDIS. â€œWhether clergy want it or choose it or not, they are often looked to for resources and leadership when disasters happen.â€

In immigrant communities, he said, clergy and lay leaders â€œfrequently can be the only source for accurate information.â€

Well-attended workshops already have taken place in a Sikh temple in Queens and a synagogue in Manhattan. Future events are planned for a mosque in Brooklyn, a Catholic church in the Bronx and a Salvation Army temple in Manhattan.

TORONTOâ€” The International Muslims Organization of Toronto mosque, one of the largest in the city, was attacked by vandals over the weekend. Damage is estimated at more than $15,000 after three dozen windows and glass doors were smashed.

â€œI am very saddened that someone would do this,â€organization president Omar Farouk told the Toronto Star as he surveyed the damage.

Farouk said he feared the latest vandalism may have been the backlash after the weekend arrests of 12 men and five youths suspected of planning terrorist attacks in the Greater Toronto area.

â€œIslam preaches peace,â€ Farouk said. â€œFor us, to kill one person is like killing all of mankind.â€ 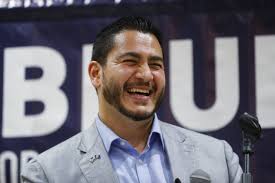 © 2017 MuslimObserver.com, All Rights Reserved
Madeleine Albrightâ€™s Take on Religion and Politics The Persecution of the Palestinians
Scroll to top