Not that kind of Muslim

By the time you read this, Ramadan may be over.

Come the morning of Eid, you’ll find waking up that much harder, your limbs less supple. (We’re no longer soundproofed from Satan’s whispers.) We’ll head to the mosque, Islamic Center, giant outdoor field or repurposed activity space to pray in the unusually early hours of the morning, because of course if they woke up at this time in the 7th century, so must we. We’ll pray, listen to and possibly understand a sermon and feast to undo the fast. Stale croissants, bean pies, pakoras fried in Allah knows what, Dunkin munchkins, Entenmann’s marble loaf cake, whatever was on the remainder aisle at Shop Rite and Coke, from that permanently single guy.

Here in New York it’s the dog days of summer. Surely many of us will ask: How did we get through this while fasting? Given the opportunity to try again, will I do better? Will we all do better?

What follows is a concerned Muslim’s state of our disunion address, a cry of the qalb, a desire for us to reflect on some of our shortcomings with a hope for their resolution. Because what I see frightens me. For some reason, many of us seemed obsessed by putting each other down. There were so many examples of this throughout Ramadan that I will pick just one, culled from a social media post, describing the last ten nights: ‘Some of us go on the odd nights for the rewards. The rest of us go every night for God.’

We don’t worship God so much as we worship ourselves for worshipping Him.

Who are we to determine the reasons people go to the mosque, or the value they get out of the mosque, or the quality of their piety? Not only was the message grossly offensive—and variations of it repeated throughout the month—but it entirely missed the point. You’re not knocking believers, you see. You’re knocking God. (Let me know how that works out for you.) God is the One encouraging us to go to Him, and incentivizing us for so doing. If He wanted us to come ‘only’ for Him, as if such abstract purity of intention is even explicable, let alone objectively determinable, why would He scatter so many rewards? It’s as if we are angry at God for offering people reasons to pray to Him. This makes no sense to me.

If this seems a minor point to dwell upon, it is because I believe it representative of a far broader trend, or rather a cause of a far more threatening effect: We’ve chased so many talented, bright and sensitive folks out of our mosques and even out of our Islam. Some countries have brain drains. I fear our communities do. In fairness, some of us are too quick to leave mosques, or let ourselves be chased out of them rather than stand and resist, further unbalancing the community, and some of us expect communities to serve as echo chambers, and therefore create echo chambers or go looking for them. But that doesn’t change the fact that we, as an ummah, are facing a brain drain. You can tell a lot about the future of a religion from certain larger trends, extrapolating from their implications.

We love to tell ourselves fine and misleading myths like ‘Islam is the fastest-growing religion in the world,’ which is supposed to make everything okay, sloganeering in place of thinking. The only reason Islam is growing so fast is because of birth control. Or, rather, the absence of it. The places where Islam is ‘fastest-growing’ are usually places where there are high fertility rates and it’s not hard to know whether these exceptional birthrates are chosen by consent, or simply enforced by custom and lack of option. For the first time, perhaps in a very long time, there are few if any places where significant numbers of people are converting to Islam.

While for every convert to Islam I find, I seem to meet at least several more people who no longer want anything to do with the religion.

They’re exhausted by extremism, frustrated by angry imams, turned off by patriarchy, disgusted by racism, annoyed by sectarianism, actively harmed by sexism and dulled by the mindless way in which we practice our religion. Our local mosque, for example, had a simply delightful Qur’an reciter who turned, during taraweeh, into the fast-forward button on your remote. For the sake of five or ten minutes saved, he turned what could be a delightful immersion in the incontestably beautiful sound and experience of Qur’an into a chore that had to be muddled through. To say nothing of subpar spaces for women, if even there are any; the dearth of female leaders and voices. That’s why numbers are dwindling, and will continue to.

Are we ready for this to happen?

From rising numbers of atheists in many Muslim countries and communities to disillusionment and distraction among those born in a West hostile to Islam and indifferent to faith, we have a problem. Large numbers of people shifting religion? That’s a mark of people’s widespread interest in the faith, of a sense that we are representing something desirable and right now, we are barely holding onto our own, and the faiths that are growing—by choice, not by birthrate—are secular humanism or moral therapeutic deism or no religion. Stories tell what individuals do. Statistics tell us what trends to point to.

So this year, as Ramadan leaves us and Eid engorges us and the rest of the year beckons and tempts and threatens us, take time to reflect. What kind of Ramadan Muslim are you?

The one who opens the doors of the mosque, or the one who is so busy congratulating himself on his superiority of intention, practice and piety, that he is in fact the farthest from the mosque? It’s called the place of prostration for a reason. It’s where people go to experience God, and where we make it easier for them to. It’s not where people go to feel worse about themselves and vow never to come back. What began as a trickle often turns into a flood. If you don’t think we have a problem, you think Muslim communities are doing as well as they can. Speaking only with reference to history, that’s an untruth if ever I met one. Our community needs us, just as much as we need our communities.

Let us try to rise to the occasion. The need is great. The need for us. All of us. 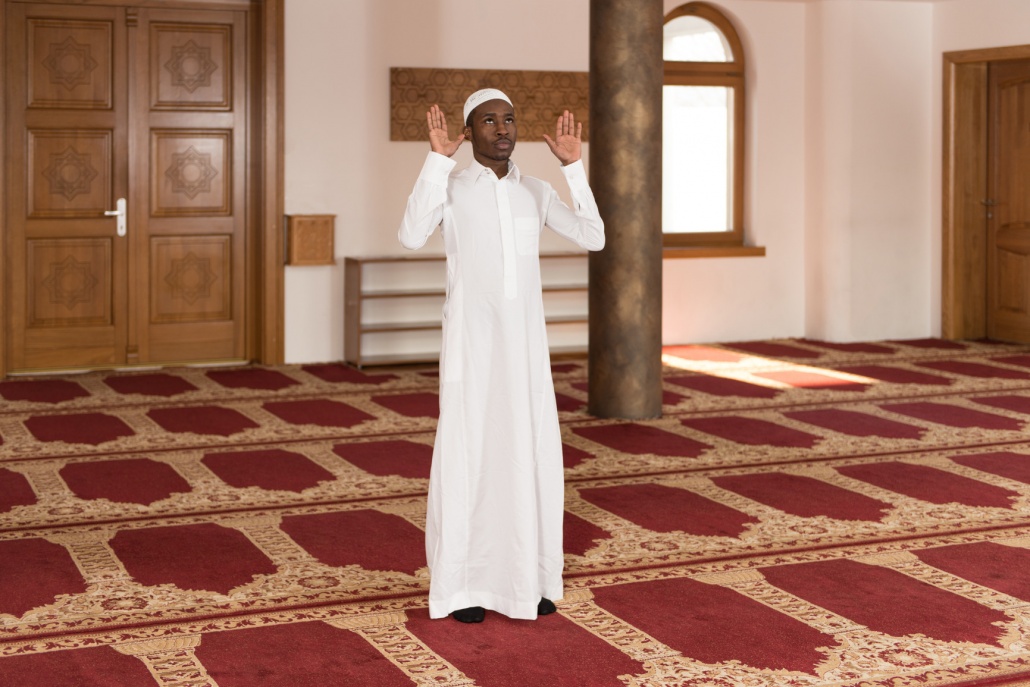 Author Fareed Zakaria Talks About what’s Ailing America
The editor of Newsweek International foresees the rise of China and India, and suggests how the U.S. can remain a…