Before the end of 2011, Pakistan will start working on its stretch of the IP (Iran-Pakistan) gas pipeline – according to Asim Hussain, Pakistanâ€™s federal minister for petroleum and natural resources. The
1,092 kilometers of pipeline on the Iranian side are already in place.

IP, also known as â€œthe peace pipelineâ€, was originally IPI (Iran-Pakistan-India). Although it badly needs gas for its economic expansion, faced with immense pressure by the George W Bush – and then Barack Obama – administrations, India still has not committed to the project, even after a nearly miraculous agreement for its construction was initialed in 2008.
More than 740 million cubic feet of gas per year will start flowing to Pakistan from Iranâ€™s giant South Pars field in the Persian Gulf by 2014. This is an immense development in the Pipelineistan â€œwarsâ€ in Eurasia. IP is a major node in the much-vaunted Asian Energy Security Grid – the progressive energy integration of Southwest, South, Central and East Asia that is the ultimate mantra for Eurasian players as diverse as Iran, China, India and the Central Asian â€œstansâ€.

Pakistan is an energy-poor, desperate customer of the grid. Becoming an energy transit country is Pakistanâ€™s once-in-a-lifetime chance to transition from a near-failed state into an â€œenergy corridorâ€ to Asia and, why not, global markets.

And as pipelines function as an umbilical cord, the heart of the matter is that IP, and maybe IPI in the future, will do more than any form of US â€œaidâ€ (or outright interference) to stabilize the Pakistan half of Obamaâ€™s AfPak theater of operations, and even possibly relieve it of its India obsession.

This Pipelineistan development may go a long way to explain why the White House announced this past Sunday it was postponing US$800 million in military aid to Islamabad – more than a third of the annual such largess Pakistan receives from the US.

The burgeoning Pakistan-bashing industry in Washington may spin this as punishment related to the never-ending saga of Osama bin Laden being sheltered so close to Rawalpindi/Islamabad. But the measure may smack of desperation – and on top it do absolutely nothing to convince the Pakistani army to follow Washingtonâ€™s agenda uncritically.

On Monday, the US State Department stressed once again that Washington expected Islamabad to do more in counter-terrorism and counter-insurgency – otherwise it would not get its â€œaidâ€ back. The usual diplomatic doublespeak of â€œconstructive, collaborative, mutually beneficial relationshipâ€ remains on show – but that cannot mask the growing mistrust on both sides. The Pakistani military confirmed on the record it had not been warned of the â€œsuspensionâ€.

No less than $300 million of this blocked $800 million is for â€œAmerican trainersâ€ – that is, the Pentagonâ€™s counter-insurgency brigade.

Moreover, Islamabad had already asked Washington not to send these people anymore; the fact is their methods are useless to fight the Pakistani Taliban and al-Qaeda-linked jihadis based in the tribal areas. Not to mention the preferred US method is the killer drone anyway.

The wall of mistrust is bound to reach Himalaya/Karakoram/Pamir proportions. Washington only sees Pakistan in â€œwar on terrorâ€, counter-terrorism terms. Since the coupling of the AfPak combo by the Obama administration, clearly Washingtonâ€™s top war is in Pakistan – not in Afghanistan, which harbors just a handful of al-Qaeda jihadis.

Most â€œhigh-value al-Qaeda targetsâ€ are in the tribal areas in Pakistan – and they are, in a curious parallel to the Americans, essentially trainers. As for Afghanistan, it is most of all a neo-colonial North Atlantic Treaty Organization (NATO) war against a Pashtun-majority â€œnational liberationâ€ movement – as Taliban leader Mullah Omar himself defined it.

Asia Times Onlineâ€™s Saleem Shahzad – murdered in May – argued in his book Inside al-Qaeda and the Taliban (full review coming later this week) that al-Qaedaâ€™s master coup over the past few years was to fully relocate to the tribal areas, strengthen the Tehrik-e-Taliban Pakistan (Pakistani Taliban), and in a nutshell coordinate a massive Pashtun guerrilla war against the Pakistani army and the Americans – as a diversionist tactic. Al-Qaedaâ€™s agenda – to export its caliphate-bound ideology to other parts of South and Central Asia – has nothing to do with the Mullah Omar-led Afghan Taliban, who fight to go back to power in Afghanistan.

Washington for its part wants a â€œstableâ€ Afghanistan led by a convenient puppet, Hamid Karzai-style – so the holy grail (since the mid-1990s) can be achieved; the construction of IPâ€™s rival, the TAPI (Turkmenistan-Afghanistan-Pakistan-India) gas pipeline, bypassing â€œevilâ€ Iran.

And as far as Pakistan is concerned, Washington wants it to smash the Pashtun guerrillas inside their territory; otherwise the tribal areas will keep being droned to death – literally, with no regard whatsoever to territorial integrity.

No wonder the wall of mistrust will keep rising, because Islamabadâ€™s agenda is not bound to change anytime soon. Pakistanâ€™s Afghan policy implies Afghanistan as a vassal state – with a very weak military (what the US calls the Afghan National Force) and especially always unstable, and thus incapable of attacking the real heart of the matter: the Pashtunistan issue.

For Islamabad, Pashtun nationalism is an existential threat. So the Pakistani army may fight the Tehrik-e-Taliban-style Pashtun guerrillas, but with extreme care; otherwise Pashtuns on both side of the border may unite en masse and make a push to destabilize Islamabad for good.

On the other had, what Islamabad wants for Afghanistan is the Taliban back in power – just like the good old days of 1996-2001. Thatâ€™s the opposite of what Washington wants; a long-range occupation, preferably via NATO, so the alliance may protect the TAPI pipeline, if it ever gets built. Moreover, for Washington â€œlosingâ€ Afghanistan and its key network of military bases so close to both China and Russia is simply unthinkable – according to the Pentagonâ€™s full-spectrum dominance doctrine.

Whatâ€™s going on at the moment is a complex war of positioning.

Pakistanâ€™s Afghan policy – which also implies containing Indian influence in Afghanistan – wonâ€™t change. The Afghan Taliban will keep being encouraged as potential long-term allies – in the name of the unalterable â€œstrategic depthâ€ doctrine – and India will keep being regarded as the top strategic priority.

What IP will do is to embolden Islamabad even more – with Pakistan finally becoming a key transit corridor for Iranian gas, apart from using gas for its own needs. If India finally decides against IPI, China is ready to step on board – and build an extension from IP, parallel to the Karakoram highway, towards Xinjiang.

Either way, Pakistan wins – especially with increasing Chinese investment. Or with further Chinese military â€œaidâ€. Thatâ€™s why the Pakistani armyâ€™s â€œsuspensionâ€ by Washington is not bound to rattle too many nerves in Islamabad. 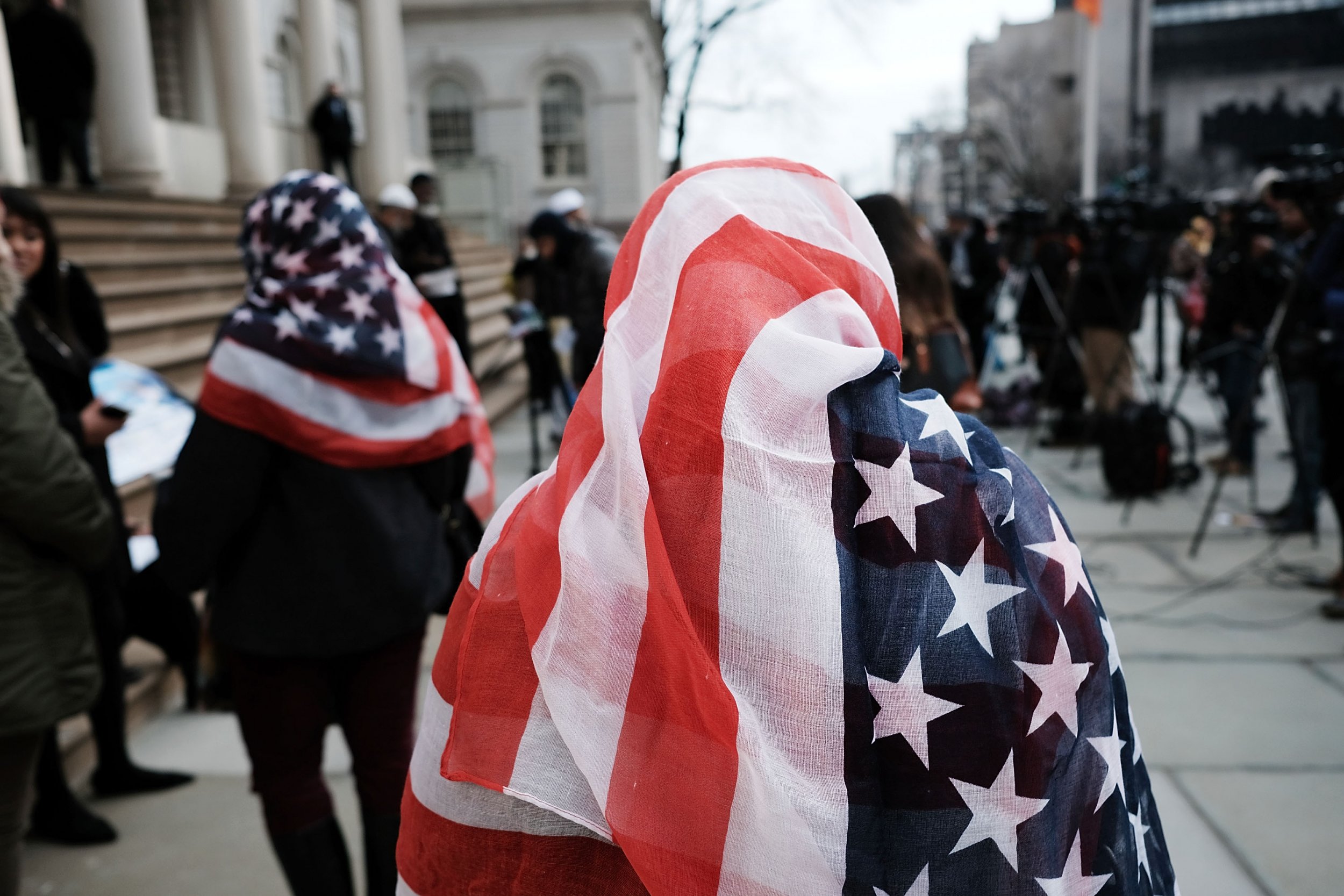 Why are the first ten days of Dhul Hijjah more sacred than any other days?
by TMO Staff Dhul Hijjah, the last month of the Islamic lunar calendar has begun. On the tenth of this…