It was 1955 when the 16-year old Anwar Qazzaz found himself in Brazil, seeking to make a living and provide for his family back home in Jerusalem. He eventually found a small, local gig, but was more interested when his friend introduced him to coffee. His pursuit of a perfect recipe cost him many sleepless nights, but he finally achieved his goal—a brew unmatched, its secrets locked within a zealously guarded technique.

The economy soon became favorable in Kuwait, and Anwar soon became the proud owner of a highly successful business: Al-Anwar coffee—but it was not to last. The Gulf War arrived, and 30 years of hard work and dedication were a moot point. Seeking prosperity, Anwar took his family overseas to America—his son, Mohammed Qazzaz, a former pharmacy student, inherited his business.

The shop itself is a small place on Wyoming Road, in Dearborn—the walls are suffused with the hearty smell of coffee while the back contains a few coffee-related contraptions: several grinders and two gargantuan roasting machines. Mohammed, the owner, is a tall man with callused hands and a large smile. Qazzaz Coffee is the rebranded American successor to Al-Anwar Coffee, specializing in a unique blend of Turkish coffee, the “Abu Dawood Turkish Coffee”—with a heritage of 50 years, the business ships to 27 states, household by household, through phone and online orders. The selection is vast, from a cardamom-infused mild mix to an authentic Arabian blend. What’s amazing, however, is this man’s singular drive, passion and an astounding attention to detail.

“I spent two years designing this bag,” Mohammed gestures, pointing to the packaging for the coffee grind, “You see, the logo—the cup has a Q, for Qazzaz, the bottom, darker half of the circle represents the coffee, the top, white part is the cream, the cup is shaped like a bean—there’s a whole story here, man!”

“Yeah. Just me, for the most part.” Mohammed answers.

He does all of his grinding by hand, and keeps no back stock. To ensure freshness, he won’t sell or ship out any product that’s more than a day old. With three grinders in the back, he loads them up with coffee beans and turns them into grind—500 pounds a week. Pound by pound, every bean ground with sheer will and monstrous effort. He pays a premium price to import handpicked beans from coffee bean farms overseas. He cuts no corners if it means compromising on his coffee’s taste. It’s strange—in a market where his competition is taking every measure to stretch their dollar, you’d think that a business owner, especially a small business owner, would be loath to let a single dollar slip by.

“I’m here because I want to serve these people quality. I wouldn’t be doing this if I knew my coffee was cheap.” He recounts being approached by several other coffee merchants during a factory visit.

“They recommended changing the recipe, using cheaper beans or something—and we’re like, no way in hell are we ever doing that. This was my dad’s recipe, it’s 50 years old, and we’re never going to cheat the customer.” His eyes shine furiously.

He also has some words to say about his competition.

“What does Starbucks have? Just a name. What does Tim Hortons have? Just a name. I just—I want people to realize what we have, that we have one of the best coffees in the world.” The recipe is one that enjoyed roaring success in Kuwait. It’s hard to doubt his words—the only problem is, only a scant few know of this hidden treasure trove.

“There are people here who emigrated from Kuwait who used to drink my father’s coffee then. They tell me, even now, the taste hasn’t changed.”

It’s a true reflection of Islamic principles in a business—a profound and moving commitment to service, rather than the dollar—a cup of 50 years, made at the hands of a man who fights tooth and nail to fulfill a family’s dream. Thoroughly moved, I’m about to leave—but there’s a question remaining.

“I want my father to stand next to me, and be proud of me because he saw his son expand his vision and that he made it into a world brand, not just a local brand.”

Editor’s note: Qazzaz Coffee accepts orders by phone at 313-585-1739 and online (qazzazcoffee.com). It also sells its packages in local markets in Dearborn, Sterling Heights, Lansing, Flint and all around the metro Detroit area. Mohammed is currently looking for a serious investor who will help him take his business to the next level. 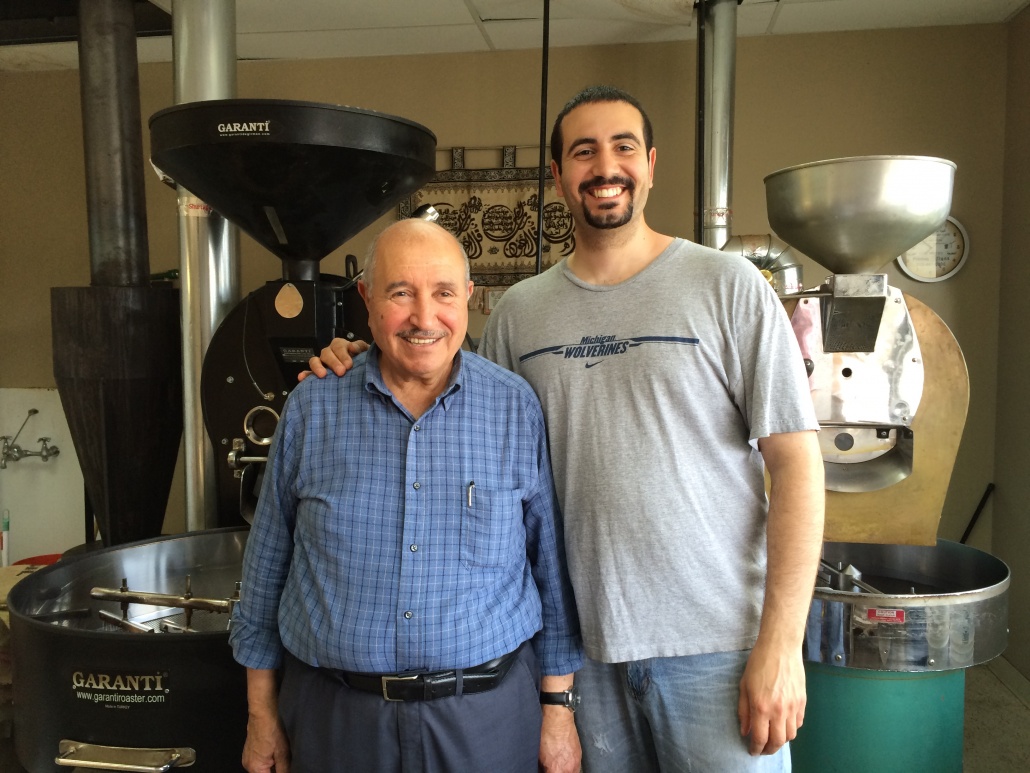 Street Workers of the Gulf

It Has Happened Here in America: The Police State is Real

Activists Prevent Israeli Ship from Unloading at US Port

Where is the Outrage?

© 2017 MuslimObserver.com, All Rights Reserved
Time to dust off that racket and hit the courts!