Regular kindness, the best of deeds

“The best loved deeds to Allah are the ones that are continuous even if they are not very many.”

The importance of continuous good deeds was demonstrated to me by a cat named Golden, who ended up living in my home at my children’s insistence. Originally a stray kitten taken in by a mentally ill person, the cat’s demeanor was very nervous and somewhat crazed. He had been seriously neglected by his previous owner and had survived by catching mice and getting into the garbage. When Golden came to live with us, he was so tense that I was somewhat scared of him. He would flinch anytime we tried to pat him on the head, as if he had been beaten in the past. He would scratch my youngest child whenever she tried to play with him; and even when there was food in his bowl, he would get into the cabinets and tear open garbage bags. One time I even found him on top of the refrigerator looking for food!

Golden’s transformation from a terrified stray into an adorable, docile family pet worthy of a cute meme was gradual but astonishing. After living a year at my house he no longer flinches, he no longer scratches, and he eats his food out of his bowl. Why? I suppose because he’s not living in a constant state of anxiety anymore. Because of our repetitive good deeds – filling his bowls with water and food, removing his waste from the litterbox, and affectionately spending time with him – he started feeling secure about his emotional and physical needs. Every muscle in his body including his face relaxed. He became a new person, a new cat.

However, he still exhibited some neurotic behavior, begging from my son who fed him small snacks throughout the day whenever the cat begged. As a result, Golden was getting chubby. So I told my son to start giving him exactly two half-cup scoops of food a day, once in the morning and once in the night. Once this routine had been established, and the cat understood exactly how much food he had to eat per time period, he started rationing his own cat food so that it would last throughout the day. He even sometimes leaves two pieces of cat food in his bowl just in case he gets hungry later. Such a total transformation from a kitty that behaved like a robber to a kitty that acts as his own accountant!

Compulsive habits and other destructive behaviors in humans are also often caused by a subconscious fear of scarcity. One person might hoard things while another might overeat, and another person might act in a manipulative way to try and safeguard supplies of security, whether material or emotional. A ninth-grade girl once admitted to me that she started smoking cigarettes, knowing she would become addicted, because she wanted there to be one thing in life that she could want, and have. This is why it is so important to think about engaging in continuous good deeds that provide some security to another person, no matter how little.

If you were a father who wanted to establish good self esteem in your children, you might think that a camping trip would be the best way to create a great relationship. However, in truth, after some years the memory of such a special event will become blurred or even wiped out. My own parents don’t remember our trip to New England when I was eleven! What we do remember clearly though, was that there was a donut shop across the street from the post office. When I was a small child I loved to go with my dad to the post office because it always meant that afterwards, I got to devour a delicious chocolate covered, cream filled delight! A small kindness given regularly – a donut – has more lasting value than an expensive vacation!

In an effort to get some ideas for writing, I posed the question on Facebook, “What have you learned this week about yourself, others or the universe?” The most “liked” response was: “I have learned, over the last year, how much good individuals can do for one another, under the most horrible circumstances… The BIGGEST example is the way so many people came to my support during [his wife] Toni’s final illness and since her passing!”

The support that this man was so thankful for was the online company of his Facebook friends. All we did was “like” his old photographs and read his inspiring messages, giving us hope that true love is possible. He married his wife when he was 25 and she was 40. He adored her like a queen with such humility; he remained truly astonished that someone as ordinary as himself could be at the receiving end of love from a woman so noble and beautiful, even after her death. So not only did he receive benefit from our consistent small deeds but we also gained much.

Sometimes, our well-meaning attempts at good deeds are rejected by others. This could be because we are assuming falsely that whatever we would want is what they should want. Other times, the person is in a defensive or closed-minded state because they are spiritually lost.

Arguing with a lost soul is always a waste of time, because they are actively engaged in denying inner guidance.

“A lost soul has severed ties with the love of the universe, therefore they do not understand how to make choices based on self-love,” Andrea Schulman writes in ConsciousLifeNews.com, advising us not to get sucked into drama. “Loving from afar counts.”

Small but regular kindnesses, even a daily smile from the mailman or a wave from a fellow driver letting you go first, can make the difference between a bad day and a good day, between hypertension and calm.

This could mean the difference between a bad decision and a good one. 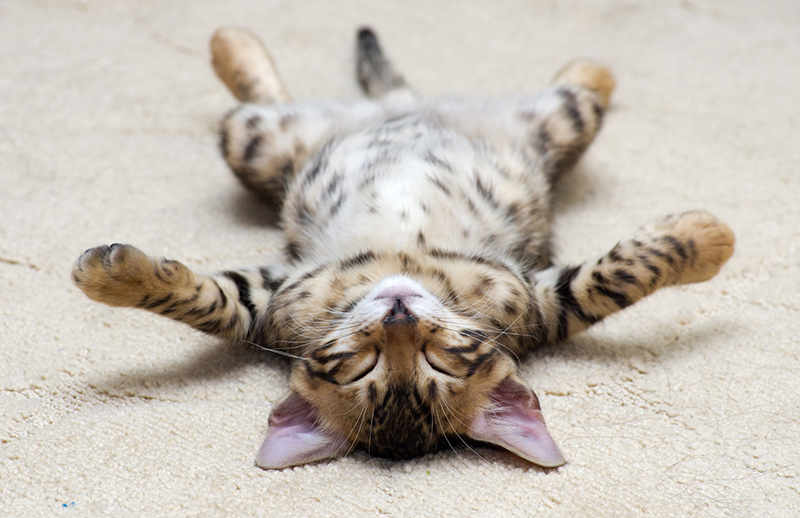 Dire Straits for Animals in Kuwait

Reclaiming your emotional balance during Ramadan
By Sayeda Habib Salam alaikum to all my brothers and sisters! The holy month of Ramadan is fast approaching, and…

A Massacre of Arabs Masked by a State of National Amnesia

Being Muslim in name is not enough
Scroll to top