Return to What Negotiations With Iran?

The European Unions Germany, France and United Kingdom, in association with the United States, China and Russia, (the so-called E3+3) have reportedly recently offered Iran â€œa range of economic and political incentivesâ€ to â€œreturn to negotiations,â€ this time without U.S. insistence on â€œpreconditions.â€

Well, way back in November, 2004, Germany, France and the United Kingdom, (E3) undertook to negotiate with Iran on behalf of the European Union a mutually acceptable long-term agreement which would provide the EU â€œobjective guaranteesâ€ that Irans nuclear program was exclusively for peaceful purposes.

Now, why would the EU seek additional guarantees, above and beyond those required by the Treaty on Non-Proliferation of Nuclear Weapons?

Well, a cynic might suppose that what the EU really wanted was a rationale for normalization of economic ties with oil-rich methane-rich Iran.

And, why would Iran even consider supplying such additional guarantees?

Well, Iran was to receive, in return, equally â€œfirm guarantees on nuclear, technological and economic cooperationâ€ with the EU as well as firm commitments on certain â€œsecurity issues.â€

You see, since the Islamic revolution swept the CIA-installed Shah of Iran from power, Irans nuclear programs and its â€œinalienable rightâ€ guaranteed by the NPT to nuclear technology had been subject to an extensive US-led campaign of obstruction and intervention.

Valid and binding contracts to build nuclear power plants had been unilaterally abrogated;

Nuclear materials rightfully purchased and owned by Iran had been illegally withheld;

exercise of Irans shareholders right in several national and multinational nuclear power corporations had been obstructed;

But, the E3-Iran agreement declared right up front that:

â€œThe E3/EU recognize Irans rights under the NPT, exercised in conformity with its obligations under the Treaty, without discrimination.â€

Iran offered to voluntarily suspend for the duration of the negotiations certain Safeguarded activities, to include all enrichment related and reprocessing activities. In return:

â€œThe E3/EU recognize that this suspension is a voluntary confidence building measure and not a legal obligation.â€

Now, Bush, Cheney, Bolton and Condi had never missed an opportunity to note that the â€œmilitary optionâ€ to attack and destroy Irans IAEA Safeguarded facilities was â€œon the table.â€ And since the United States was not, formally, a party to the negotiations, the E3/EU was not in a position to provide Iran â€œfirm commitments on security issues.â€

So on March 23, 2005, Iran made a confidential offer [.pdf], suggested by an advisory panel of European and U.S. scientists and experts, voluntarily restricting certain of its alienable rights. The offer included:

Foregoing reprocessing of spent fuel and recovery of plutonium;

A low ceiling on the level of enrichment;

A limitation on the capacity of the enrichment program to that needed to meet the contingency fuel requirements of Irans power reactors;

Immediate conversion of all enriched Uranium to fuel rods to preclude even the technical possibility of further enrichment;

Furthermore, Iran offered to allow continuous on-site presence of IAEA inspectors at uranium conversion and enrichment facilities to provide unprecedented transparency, above and beyond even that required under the Additional Protocol, signed, but yet to be ratified by the Iranian Parliament.

Everything contained in the Iranian proposal was to be subject to IAEA verification and monitoring, of course.

Hallelujah! Dancing in the streets! Right?

The Iranians waited four months and when no response to their offer had been received, notified the IAEA that the E3/EU negotiations and the suspensions of IAEA Safeguarded activities associated with them were off.

Well, that notification got an immediate â€œresponseâ€ by the E3/EU.

They required Iran to â€œreturn to the negotiationsâ€ and â€œnot to pursue fuel cycle activities other than the construction and operation of light-water power and research reactors.â€

When the Iranians refused, Bush-Cheney-Rice got the IAEA Board of Governors to â€œdeemâ€ it â€œnecessaryâ€ for Iran to;

re-establish full and sustained suspension of all enrichment-related and reprocessing activities, including research and development, to be verified by the Agency;
ratify promptly and implement in full the Additional Protocol;

implement transparency measures, as requested by the Director General, including in GOV/2005/67, which extend beyond the formal requirements of the Safeguards Agreement and Additional Protocol, and include such access to individuals, documentation relating to procurement, dual use equipment, certain military-owned workshops and research and development as the Agency may request in support of its ongoing investigations;

Worse, the IAEA Director-General was to â€œreportâ€ to the UN Security Council that â€œthese steps are required of Iran by the Board.â€

Now, nowhere does the UN Charter, the IAEA Statute or the NPT, itself, even suggest that the Board needs to satisfy itself that any countrys nuclear program is exclusively peaceful.

And, for the Board to â€œdeem it necessaryâ€ for a sovereign state to promptly ratify the Additional Protocol to its existing Safeguards Agreement a treaty is an egregious violation of the IAEA UN-proscribed charter.

Nevertheless, Bush-Cheney-Rice managed to strong-arm the Security Council into adopting UNSC Resolution 1747 [.pdf], in which the Council, in contravention of the procedures set forth in Chapter VII of the UN Charter, imposed sanctions on Iran and;

â€œre-affirmed that the Islamic Republic of Iran shall without further delay take the steps required by the Board of Governors in (IAEA) resolution GOV/2006/14, which are essential to build confidence in the exclusively peaceful purpose of its nuclear programme and to resolve outstanding questions.â€

There was then established the E3+3 group (Brits-French-Germans plus China, Russia and United States, sometimes referred to as the P5+1) which proceeded to â€œinviteâ€ Iran to participate in negotiations about which of Irans inalienable rights if any were to be recognized.

At last report, Irans position continues to be that the IAEA Board of Governors exceeded its statutory authorities (a) in requiring suspension of IAEA Safeguarded programs and (b) in â€œreportingâ€ Irans refusal to suspend such programs to the Security Council, alleging it to be a â€œthreat to the peaceâ€ in the region.

Hence, as of this writing, Iran continues to insist that the Security Council first return the Iranian â€œdossierâ€ to the IAEA. Then, and only then, will Iran, once again, attempt to get firm commitments on certain â€œsecurity issues.â€ 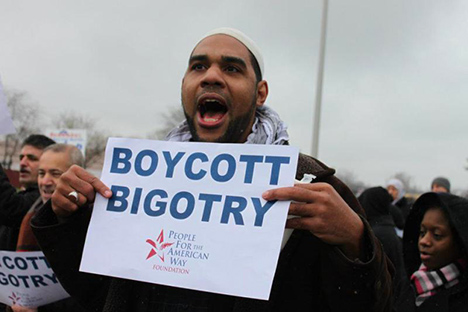 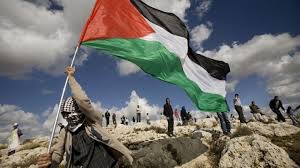 Palestinian State must be created to resolve conflict, UN debates

YABA Gala
By Adil James, MMNS Dearbornâ€”September 2â€”YABA may not be the best known Arab community organization, but it is one of…

© 2017 MuslimObserver.com, All Rights Reserved
The Frontiers of Kashmir Syria: Iraqi Refugees to Move to Europe and US
Scroll to top