Rise and fall of Muslim civilization: The causes and cures 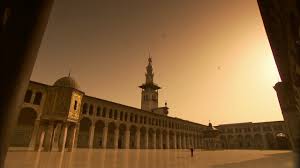 The Qur’an started with the word “IQRA” which means “Read” and Allah (SWT) reminds us that every Muslim man’s and woman’s prayer should be: “Rabbi zidni ‘Ilmaa” (O Lord, increase me in ‘ilm (knowledge) -20-114, and Prophet Muhammad (SAWS) said, “The ink of the scholar is more sacred than the blood of the martyr.” Allah (SWT) created humans to be superior over all other creations. The major use of Ilm, (knowledge) and Aqal, (intelligence), is to develop critical thinking. This is necessary to make rational, sustainable decisions.

During the early period of Islam, between the 7th and 15th centuries, Muslims acquired knowledge in every field of Architecture, Astronomy, the Sciences, Mathematics, Medicine, and Philosophy. In the 9th century, The House of Wisdom was established which attracted scholars from many parts of the world. The work of great scholars like Aristotle, Euclid, Galen, Ptolemy, Socrates, and more were collected, preserved, and translated into Arabic. By the 11th century, all major Muslim cities (Bagdad, Cairo, and Cordoba) had unique institutions like universities, hospitals, and scientific laboratories. Muslims became the leaders of knowledge, and people from all over the world would go to Muslim cities for higher education. Muslim physicians performed complicated eye surgeries 600 years before Europe. They measured the circumferences of the earth and values for of specific gravities correct to three decimal places 1,000 years ago. Muslim scientists got the concept of zero from India and f substituted it for the Roman numeral, resulting in a more manageable decimal system in use today. There is no field of knowledge where Muslims did not explore, investigate, research, think, or invent exemplary innovations.

Some of the noted Muslim scholars of Medieval years were: Ibn al-Baitar ,Ibn al-Nafis ,Nasir al-Din al-Tusi, Al-Battani, Omar Khayyam, Al-Kindi, Al-Biruni, Thabit Ibn, Al-Zahrawi, Jabir ibn Hayyan, Al-Khwarizmi, Muhammad ibn Zakariya al-Razi; Ibnal-Haytham, Ibne khaldun, Ibne Rushd, Ibne Batuta, Al Idrisi, and Ibn-Sina (Avicenna), whose medical encyclopedia, “The Canon of Medicine,” became the standard medical book reference in universities for 500 years. You can read about their contributions on Google. Mainstream Western history acknowledges the work was done by Greek and Roman scholars up to 300 AD and then, mysteriously jumps to 1500 AD, i.e., the European Renaissance. Very little is mentioned about social, political, or scientific developments during the period from the 7th to 15th centuries AD. H.J. Morowitz, a historian, described this phenomenon as ‘History’s Black Hole,’ stating: “The impression (is) given that the Renaissance arose phoenix-like from the ashes – smoldering for a millennium – of the classical age of Greece and Rome.” It is, in fact, the Muslim contributions in that prior time that led to the European Renaissance of the Elizabethan period, and ultimately inspired the democratic ideals of our constitution, as well as the current cross-cultural climate of U.S.A.

The decline of the intellectual superiority in the Muslim Umma.

In the 11th century, the separation of the revealed (“Quranic”) sources from the rational sources of knowledge were raised by distinguished Muslim scholars. They insisted on the supremacy of the revealed source which was of divine origin, insisting that it should not be p complemented or supplemented with rational sources of knowledge which they believed to be inferior and would bring a corrupting influence on the revealed knowledge. Consequently, the madrasas in the Islamic realm abandoned research in and the teaching of scientific themes. The schools and universities were engaged in reading the Qur’an without teaching its meaning, and teaching Fiqh (religious jurisprudence) – which is important for Muslim – to extreme details but taught it without the freedom of expression and critical thinking.

The great Renaissance Movement which transformed Europe into a dynamic and progressive civilization did not impact the neighboring Islamic countries because of the continued inflexible attitude of the orthodox, dogmatic Muslim jurists who only promoted the revealed sources.

Post-colonial Muslim countries were more preoccupied with consolidating their own political power than promoting the advancement of knowledge. Muslims today are as a result suffering from this ignorance. There are no contributions by Muslim scientists in Muslim countries in the technological revolution of the 20th century that has radically changed the world.

There are only 500 universities in the 57 Muslim countries, whereas the USA has 5,758 and India has, 8,407. Not one university in the entire Islamic World is featured in the Top 500 Universities of the World. Literacy in the Christian world is 90% and Literacy in the Muslim world is 40% (where the illiteracy rate for Muslim women is 90%). The Muslim-majority countries have 230 scientists per million, whereas the USA has 5,000 per million. There are approximately 1.6 Billion Muslims in the world and there are roughly 14.4 million Jews in total. There have been 12 Muslim Nobel Laureates – 7 for Peace (including Malala), 2 in Literature, 2 in Chemistry, and 1 in Physics. A smaller Jewish population, had 193 Nobel Laureates (22% of Nobel Prize winners), not without reason.

Muslims, even in the US, are preoccupied with the Islamization of science and medicine. Muslim scientists in medieval times impartially acquired knowledge from earlier scholars and then contributed their own original work to it. Ibn Sina’s medical work was not Islamic because he was a Muslim, just as Einstein’s theory of relativity is not Jewish physics because he happens to be Jewish, and Isaac Newton’s theory of gravity is not Christian theory because Newton was a Christian. Scientific Methods are based on objectivity and rationality, not on the religion of the scientist. Some Muslim countries are super rich with their abundance of natural resources. However, they expend these mostly on buildings and luxuries, often buying European and American goods but their own universities do not produce scientists, engineers, and technicians of a contemporary or lasting following.

Our mindset is used to memorizing and retrieving the wisdom of 7th-century scholars, which prevents us from learning to analyze, understand, or decipher our present-day problems. WE WILL NEVER LEARN ABOUT MODERN KNOWLEDGE, SCIENCE, TECHNOLOGY, INNOVATIONS, AND INVENTIONS unless we drastically change our mindset from rote learning to produce rational learning.

What is ahead of us.

Today we need an education system which can produce Muslim experts in all fields of knowledge who can reconstruct the social order and justice. By virtue of good educational programs for both males and females, the future generations will become the torchbearers of Islamic values and play an effective role in the world. Education of women is the key to the success of a society. We need to develop and effectively apply critical thinking skills to the complex problems that we face, and to the critical choices, we will be forced to make as a result of the information explosion and other rapid technological changes.

We are proud to have 3 Muslim noble Laureates. We have hundreds of Muslims who mastered in the fields of science, technology, engineering, and mathematics. They are engaged in teaching and research and making valuable contributions to the society.

Institute of Medieval and Post-Medieval Studies (IMPSM) has invited Muslim scientists to speak at a seminar in August 2018 in Dallas as we encourage our youth to participate. We will present a brief outline of the contributions made by Muslim scientists of medieval years to make our youth familiar with our heritage and to learn the path to become scientists, innovators, and critical thinkers.

Dr. Basheer Ahmed is the former professor of psychiatry at the Southwestern Medical School in Dallas, Texas and the founder and president of IMPMS. He can be reached at mbahmed05@yahoo.com

What Really Happened at the Boston Marathon?

‘Muslim for a Month:’ Tourists take Islamic ‘pray-cations’
By Tim Hume, for CNN Editorâ€™s note: Each month, Inside the Middle East takes you behind the headlines to see…

© 2017 MuslimObserver.com, All Rights Reserved
Israel: No Longer “the Only Democracy in the Middle East”

The Essence of Hajj
Scroll to top