For the past couple weeks, I’ve been bringing you commentary from fellow Bears to help moderate what you typically hear from the business media. The objective is not so much to look less stupid for my bearishness while the markets continue to reach new, multi-year highs; rather, it is sharing the concerns that fellow Bears express â€” and how similar todayÃ­s situation is to what we saw in 1999.

Back then, Bears were cannon fodder for Bulls, much like those seen on CNBC today or in Money Magazine, touting their favorite mutual funds. (I’m assuming the latter, since I canâ€™t remember the last time I read that magazine) But while the Bulls were cheering the stock market to new highs, that, they claimed, were surely a prelude to ever higher levels coming soon, the Bears were mulling over the most basic, fundamental aspects for investors â€” such as stock market valuation.

Stock market history was on the Bears’ side that year, but who wanted to listen to party poopers when everyone was getting rich and looking forward to those elevated lifestyles now within reach? As the Nasdaq soared to and then above the 5,000 mark, fortunes seemed to lurk just around the corner, and Bulls like Larry Kudlow were touting further doubling in the price of that index.

But for anyone actually looking for a little meat on that bone â€” from either side, it should have become apparent to the famous rational investor â€” which we all are, according to the Modern Portfolio Theory â€” that we were due for a change in market direction. Oh, it seems pretty obvious now that tech stocks were vastly over-priced in 1999, doesnâ€™t it? And valuing internet stocks solely on how many people viewed such web pages bore no resemblance to a solid business plan, right? Yet Kudlow and big brokerage analysts threw Ã¬buyÃ® ratings across the board â€” right at the marketÃ­s top!

While there are no assurances that anyone, Bull or Bear, has a clear sense of market behavior in the near future, some of the best minds in investing, whom IÃ­ve recently quoted in this column, find the sign rather obvious. This week I am sharing recent comments by the highest paid mutual fund manager on the planet, Bill Gross of PIMCO.

Gross manages the PIMCO Total Return Fund, the largest bond fund. Itâ€™s often said that bond managers and traders are smarter than stock managers and traders, and Gross, considered the best at his job, earns a large audience when he shares his thoughts.
In his latest missive, available at www.pimco.com, Gross centers his message on the old Charles Wilson adage that â€˜â€™What is good for G.M. is good for the country.â€™â€™ Of course, Gross adds that â€˜â€™the auto industry in terms of its dominance of U.S. economic activity is not what it once wasâ€™â€™ and â€˜â€™the industry is under siege from foreign competition and that a series of mistakes made over several decades by both management and labor have compounded the predicament.â€™â€™

Regarding his last comment: isn’t it odd that Japanese car makers have done so well with manufacturing in this country, drawing from the same labor pool as American companies? The biggest difference I see between Asians making cars in the U.S. and a company like G.M. is management. Remember Michael Moore’s documentary, “Roger and Me?” As bad as Roger Smith was, little evidence suggested that his successors were any better. Yes, G.M. once had a dominant market share in this country, but G.M.â€™s management squandered its big lead.
Gross calls the current situation at G.M. â€˜â€™the canary in the coal mineâ€™â€™ â€” the low cost, early warning indicator of trouble, which isnÃ­t readily seen or felt. â€˜â€™If G.M. is a canary,Ã¬ he says, Ã¬letâ€™s hope for the canaryâ€™s long life, but be mindful of its chirping deep in the mineshaft of future events that speak to broader implications for the U.S. economy.â€™â€™

And Gross compares G.M.Ã­s financial troubles to those of the U.S. in general. Specifically, those nasty legacy costs that once sounded so good on the campaign trail of every politicianÃ­s seeking election to office, are now under-funded by historically large, un-payable amounts. While G.M.â€™s problem runs well into billions of dollars, the U.S. governmentâ€™s problem runs into trillions of dollars.

Yet to TV’s bulls, these are not dire considerations for either G.M. or the government, since â€˜â€™the economy is strongâ€™â€™ and the future will take care of itself, as it always has. But Gross disagrees, falling into line with Austrian School economists who think that, at some point, debts should be addressed â€” even paid back â€” as opposed to rolling into ever higher levels of new debt as we continue to do. Even Keynes would object at some point, I am sure, though this way of thinking is not popular with those politically astute people running the show in Washington â€” or Detroit.

No, you wonâ€™t hear serious discussions from Bulls regarding the eventual end game for either entity, but Bears are all over issues like these. And Gross chimes in with his vision of whatÃ­s coming. And we must admit that the ability of the U.S. to manage painlessly a $50 trillion hole in what is owed to retirees in the future seems a heady task, especially considering recent management adventures at both G.M. and the U.S. government. Luckily, Gross pins down the most likely solutions.

He seems sure that workers and retirees at G.M. that will bear the brunt of its bad news, and I would add that, at some point, G.M. will seek government support for simply walking away from its pension and health care promises to current and past workers. This support will be offered in the name of helping G.M. become more â€˜â€™globally competitive and saving existing jobs,â€™â€™ lest they all transfer to lower cost locales like China or Mexico, where pensions are not a concern.

And what about the larger issue: what the U.S owes in promised benefits to workers who have adequately funded them in the form of payroll withholdings throughout their working lives? Well, thatâ€™s another issue. Those excess monies contributed by us workers have been spent on other things and replaced with debts that â€˜â€™we owe to ourselvesâ€™â€™, and those bonds are getting beaten to death by decades of inflation.

Gross also points to the mountain of U.S. debt now held around the world and how it represents drastic over-spending and over-promising of future benefits from our leaders in D.C. Future issues of our bonds to foreign bankers will almost surely be offered at higher yields than existing bonds to make them attractive.

â€œOwners of these liabilities (either existing/future debt holders, or tax paying corporations/citizens) will likely be the sacrificial lambs of the future. Investors, therefore, should factor in an increasing propensity for higher inflation in future years as debt principle is eroded much like the shaved edges of a Roman coin. Higher taxes, as well, are just around the corner. Finally, currency devaluation effected through a low Fed Funds policy vs. competitor nations and/or global policy coordination should apply the coup de grace for foreign holders of U.S. liabilities.

Chinese, Japanese, OPEC and other substantive holders of U.S. Treasuries will have two ways to lose in future years: they will watch U.S. inflation erode their principle and on top of that the real dollar value of their global purchasing power will decline as the dollar sinks. Actually, the same applies to U.S. citizens although the decline in global purchasing power can be masked by domestic asset appreciation in the short term (houses/stocks).”

Getting to the bottom line, Gross concludes, â€˜â€™If the U.S. chooses to pursue many or most of the above policies, the investment implications are significant, although it must be recognized that I am not speaking to â€˜â€™overnightâ€™â€™ developments but instead to changes that should occur in future years. Higher inflation, higher personal and corporate taxes and a lower dollar point U.S. and global investors away from U.S. assets and toward more competitive economies less burdened by health and pension liabilities â€” those personified by higher savings rates and investment as a percentage of GDP.

Need I say more than to sell U.S. assets and buy Asian ones denominated in their local currencies; or if necessary to hire a global asset manager with sufficient flexibility and proper foresight to thrive in an increasingly difficult investment environment?â€™â€™

Yes, I quote Bill Gross and other Bears because I agree with what they say and the data and history used to make their cases. But I agree, too, because I appreciate the analytical rigor used as opposed to the Bulls, who hawked stocks in 2005 because Ã¬there had never before been a down year ending in a â€˜5â€™.Ã® Frankly, I need more than that to go on.

And for about as long as I have been writing this column, I have also agreed with Grossâ€™ thinking about forsaking investments in domestic markets and favoring international and emerging markets â€” about three and a half years now! And for that reason, I can smile about how badly I am missing the domestic stock marketsÃ­ latest rally! Surely I have been on the wrong side of a market now up over 6% year-to-date (as of May 6)! But havenÃ­t I been on the right side of markets in India, Russia, Latin America and Asia â€” that have done far better?
Think of Roger Smith and his successors at G.M. who not only squandered a big lead in terms of domestic market share but who also failed miserably to live up to promises made to workers, past and present. Then imagine the same thing done on a far larger scale, by successive U.S. administrations and Congress over the past 60 years.

And count on our leaders to take the easy way out. As Gross warns, those easy options will include â€˜â€™to inflate, devalue and tax.â€™â€™ And while he is right that these predictions may not necessarily occur tomorrow but, instead, over time, how close would you like to cut it, tempting fate as to when foreign bankers will see the light, start bailing out of the dollar and demanding higher rates for future loans? So why would we wait at all when better economies and markets already exist?

Take Grossâ€™ advice, along with that from many other Bears including me, and put your investment money into foreign assets. You will be so happy that you missed the rally here!

Have a great week, 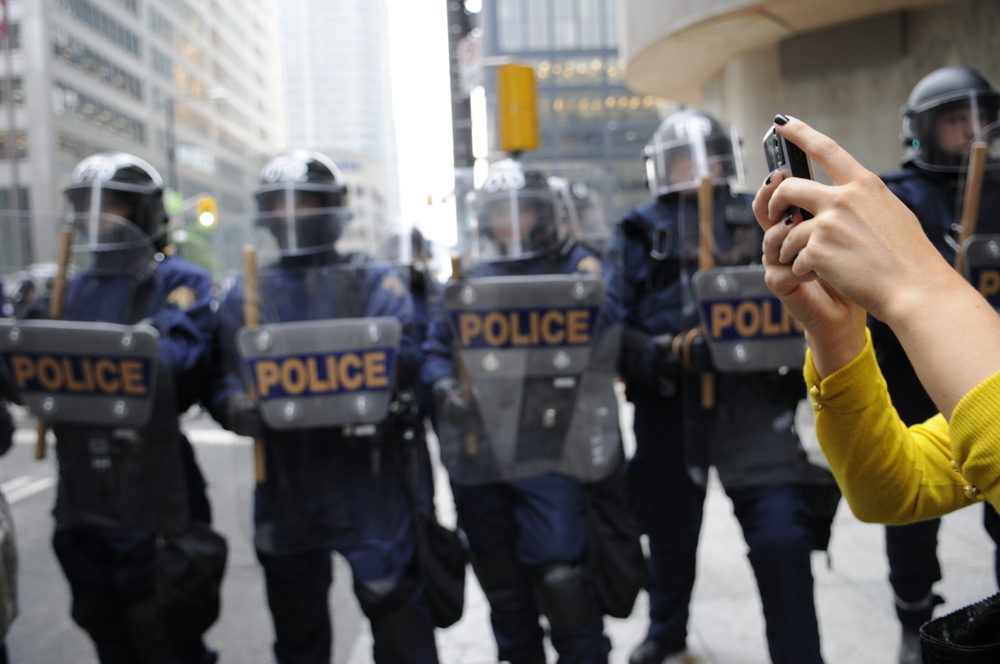 Pepsi Won’t Drive the Resistance but These Apps Can Help

A Quiz for Ramadan
As the month of Ramadan is upon us- let's test our knowledge! Below is a Ramadan Quiz for you to…

© 2017 MuslimObserver.com, All Rights Reserved
Justice: Is Anyone Just Nowadays? Houston 8-20
Scroll to top