SABRATHA, Libya, June 19 (Reuters) – The ruins of a grandiose Roman theatre behind them, two foreigners taking pictures in the Libyan coastal city of Sabratha make a rare sight these days.

The ancient Roman city used to attract more than 20,000 foreign visitors annually before the 2011 war that ousted Muammar Gaddafi. Now the temples and mosaics overlooking the turquoise waters of the Mediterranean are usually deserted.

The two European visitors touring the UNESCO World Heritage site on this quiet day are geologists on a work trip to Libya. A few Libyan families and a group of boy scouts mill around.

â€œThe numbers are low these days, people no longer come to Libya as tourists. Our visitors are people who already work in Libya or those who travel here on business trips,â€ Mohammed Bujila, head of the antiquities department at Sabratha, said.

â€œThings are different because of the problems we have but we hope that maybe next year, tourism will begin again.â€

With Gaddafiâ€™s iron-fisted rule isolating Libya for years, the tourism industry was in its infancy before the countryâ€™s â€œArab Springâ€ uprising ground it to a halt.

Now that he is gone, many hope democratic reforms will bring tourists to a country that boasts 1,700 kms (1,056 miles) of coastline, ancient treasures including five UNESCO World Heritage sites and spectacular desert views.

But while life in the country has mainly returned to normal nearly two years after Gaddafiâ€™s ouster, with new shops and restaurants opening regularly in Tripoli and daily flights operating to Europe, this vast country remains awash with weapons and that is keeping foreign visitors away.

The country has appointed its first post-war tourism minister but with armed brigades often doing as they please, sometimes besieging state buildings or fighting in the streets, the government acknowledges that the industry is unlikely to take off until security problems are tackled.

â€œTourism is a mark of stability in a nation,â€ said Tourism Minister Ikram Abdusalam Bash Imam.

â€œWe need a very high level of security for people to come. We donâ€™t deny that there are some problems but this is normal after a war.â€

Imam, appointed last November, said she did not expect foreign holiday makers to return for another two years.

Foreign visitors had been on the rise since the lifting in 2003 of United Nations sanctions, imposed over the 1988 bombing over Lockerbie, Scotland of a U.S. passenger plane that killed 270 people.

But those working in the industry – as operators or guides – say tourism was languishing because of apathy, incompetence, complex visa requirements and mercurial regulation.

The country attracted 32,038 foreign visitors – from outside North Africa and the Middle East – in 2010, according to tourism ministry figures, but they do not break down how many came for holidays or work.

The number was nearly 10 percent higher than in 2000 but well down from 125,480 visitors in 2006 after which passports required Arabic translations by law.

Libyaâ€™s lucrative revenues from its oil industry made tourism less of a priority than for its neighbours Egypt and Tunisia, where it was a major income contributor before uprisings in those countries.

Abdulmajid Abodabous, head of the ministryâ€™s planning department, said tourism revenues accounted for less than 1 percent of national income. An ambitious plan initiated in 2008 aimed to increase that to 6 percent by 2025.

â€œTourism depends on transport and banking and mostly security,â€ said Abodabous. â€œYou feel embarrassed when you invite someone to your house and itâ€™s in disarray.â€

Imam said it was too early to set new targets – her priority is to plan for infrastructure overhauls and staff training.

â€œWe need to look at the success of other countries and learn from them. This country is like a flower opening.â€

A survey of tourism professionals published in the World Travel Market Industry Report 2012 showed that 56 percent believed Libya had all the ingredients to become a major destination, once the country was perceived as politically stable and had better infrastructure.

â€œLibya is already behind by four decades in this sector,â€ Taleb Rifai, secretary general of the UNâ€™s World Tourism Organisation, told a news conference on a recent visit to Tripoli. â€œThere is no more time to waste.â€

For now, Libyan families are the main visitors to the countryâ€™s biggest attractions such as the Roman city of Leptis Magna, with a magnificently preserved amphitheatre and colonnaded and cobbled streets.

Other highlights include sleeping under the stars in the Sahara desert, visiting the old enclosed town in the desert oasis Ghadames or troglodyte caves in the western mountains.

Landmarks from the uprising are also seen as tourist attractions, such as Gaddafiâ€™s old compound in Tripoli and museums displaying weapons from the war in the cities of Misrata and Benghazi.

â€œPeople from around the world will want to see these places,â€ a Tripoli taxi driver said. â€œThis is history.â€

â€œWe used to have guests from France, Germany, America and other countries,â€ Abbass al-Faghi, a manager at the Tellil hotel on the sea front in Sabratha said. â€œNow we have local conferences held here – some are even about developing tourism.â€

Some international hotel chains are operating in Tripoli, including Radisson Blu, while others such as Marriott had planned to open before the war but put those plans on hold as the unrest unfolded.

One of the geologists visiting Sabratha, who gave his name as Jan, said he had been warned by concerned family and friends before visiting Libya.

â€œWe have instructions not to go out after dark but so far, it seems stable and I feel at ease,â€ he said. â€œItâ€™s nice to come out and see places like Sabratha. Libya has hidden gems.â€

Salem al-Toaish, managing director of Tripoli-based United Tours company, which used to bring in tourists from Germany and from Mediterranean cruises, is starting to see renewed interest from abroad.

â€œThey are writing to us as there is a cruise planned for 2014 in the region. If things go well, it can maybe come to Libya,â€ Toaish said on the sidelines of a tourism ministry workshop last month. â€œBut as long as there are many weapons, we cannot expect people to come here and face danger.â€ 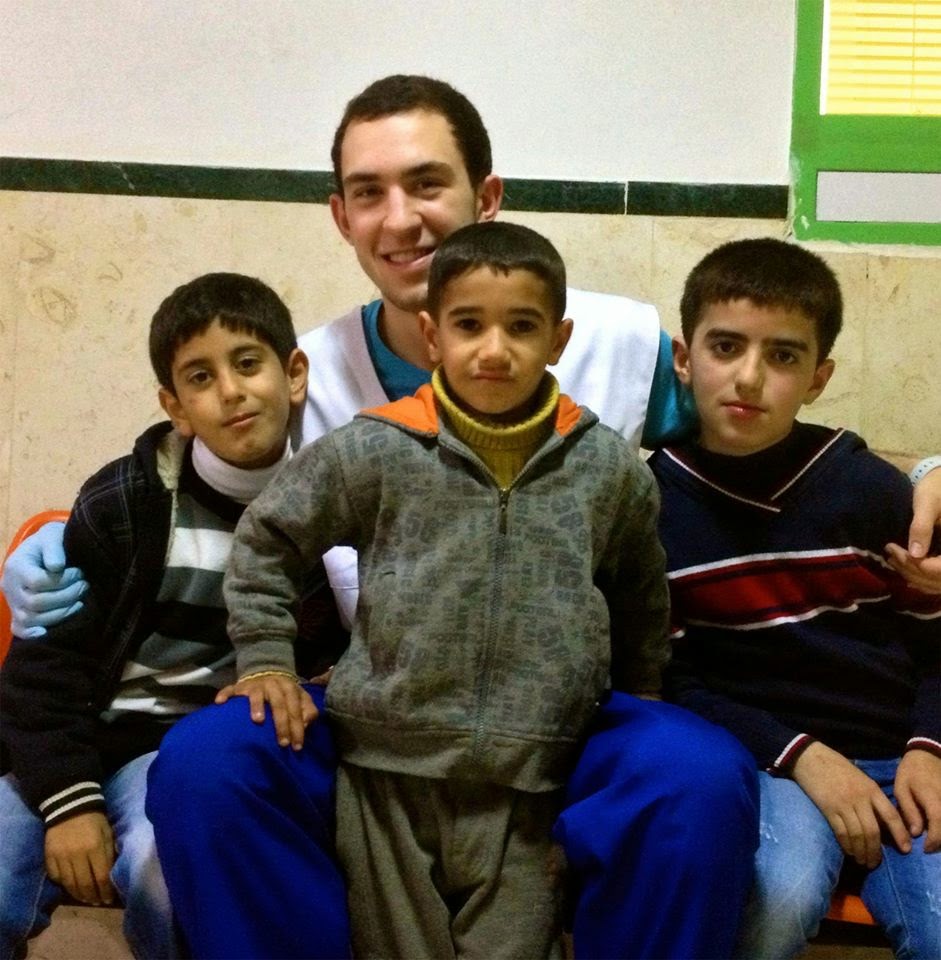 © 2017 MuslimObserver.com, All Rights Reserved
Mouhammadou Jaiteh Pulls Out Of Draft The Voice
Scroll to top