The new owner of the National Football Leagueâ€™s Jacksonville Jaguars, Pakistani-American auto-parts tycoon Shahid Khan, has his first head coach. Mike Mularkey, most recently Offensive Coordinator of the Atlanta Falcons, will be hired as the fourth head coach in Jacksonville Jaguars history.

The hiring comes 40 days after the Jaguars fired Jack Del Rio, who was in his ninth year with the franchise, after a 3-8 start this season. Mularkey interviewed in Atlanta this week, one of three offensive coordinators known to have interviewed for the position so far. Paramount for the Jaguars will be developing quarterback Blaine Gabbert, who the Jaguars drafted 10th overall in last yearâ€™s draft, and Mularkey was part of the quick development of Falcons quarterback Matt Ryan. Ryan was drafted out of Boston College in 2008, the same year Mularkey became the Falcons offensive coordinator. Ryan threw for 3,440 yards in his rookie year and had an 87.7 passer rating with 16 touchdowns and 11 interceptions. In the 2011 season, Ryan threw for 4,177 yards with 29 touchdowns and 12 interceptions. He had a passer rating of 92.2.

Mulkarkey, a Miami native, is familiar with the area, having played for the University of Florida. He played tight end in the NFL for nine seasons (1983-91), six with the Minnesota Vikings and three with the Pittsburgh Steelers. His son, Patrick, is a scout for the Jaguars.

The Jaguars also interviewed Jaguars interim coach Mel Tucker, Jets offensive coordinator Brian Schottenheimer and Panthers offensive coordinator Rob Chudzinski. The move is sure to be questioned in many circles, however, as Mularkey headed an offense in Atlanta that was felt by most observers to have overachieved. But in the end it was Mularkeyâ€™s history with Jacksonville general manager Gene Smith that appears to have gotten him the job. Hopefully Shahid Khanâ€™s faith in Gene Smith has not been misplaced. 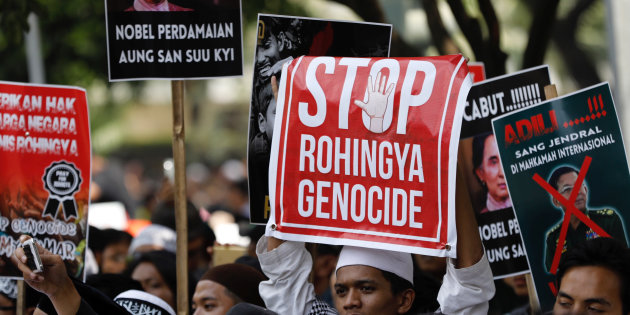 The Rohingya Muslims: The Victims of Pure Genocide