Spreading Godâ€™s Word Is His Mission

Zakir Naik is the president of the Bombay-based Islamic Research Foundation.

Some conservatives say he is too liberal; some liberals say he is too conservative. What is certain is that Dr. Zakir Abdul-Karim Naik lets everyone know exactly what he thinks, and this modern proselytizer for Islam is spreading the message around the world.

Some of Dr. Naikâ€™s critics within the community say his lectures are derisive of other religions, which only serves to alienate non-Muslims from the positive teachings of Islam. They say that his talks have succeeded in silencing many, but have failed to convert any. â€œWe donâ€™t have to run down other religions in our quest to project the beauty of Islam,â€ they say.

â€œUnfortunately, Muslims are very backward as far as media is concerned,â€ Dr. Naik told Arab News during his recent visit to Jeddah. â€œWhatever media organs we have, they are mainly read and seen by Muslims in those areas. We have newspapers owned by Muslims and read only by Muslims. We have newspapers in Arabic but again, they are read only by Muslims. Similarly, we have Arabic channels mainly targeting Muslims. (But) we require international publications such as Time or Newsweek. Whatever that newspaper or magazine says becomes â€˜theâ€™ word. Similarly, we require international TV channels of our own in English.â€

He hopes to build a bridge of understanding that many will decide to cross. â€œPeace TV is a solution for humanity. It is a spiritually-driven â€˜edutainmentâ€™ â€” a compound of education and entertainment â€” channel. It is mainly in English but a small percentage is being dedicated to Urdu,â€ Dr. Naik said. â€œThe channel is aimed at non-Muslims. It is a dawa-oriented channel of comparative religion. But the viewership may be more among Muslims. When I give talks, 75 percent of those who turn up are Muslims. They come and listen to my talks and learn how to propagate Islam among non-Muslims in a logical way.â€

The channel looks at other religions from an Islamic perspective. â€œPeace TV is different from other channels in that it focuses on comparative religion,â€ Dr. Naik said. â€œThere are some Islam-focused channels in the UK and Europe but they are not international in their outlook. There is no international channel covering a major part of the world. On Peace TV more than 50 percent of the content deals with comparative religion â€” comparing Islam with Christianity, Islam with Hinduism, Islam with Judaism, Islam with Sikhism. It deals with such topics as Islam and science, Qurâ€™an and women.â€

There is also some programming only for Muslims. â€œA small percentage of our broadcast is reserved for the basic aspects of Islam such as how to offer â€˜salahâ€™, how to perform ablution,â€ Dr. Naik said. â€œThis may not be of any interest to non-Muslims.â€ He said Peace TV airs lectures, symposia, debates and interviews. â€œWe have programs for children, docudramas, a program on Qurâ€™anic Arabic, time management and communication skills. We have people from the US, Canada, the UAE, Saudi Arabia, India and Pakistan conducting the programs and we have an international look.â€

It is a broadcast model he believes will click with viewers. â€œBefore we launched our own channel, we were producing programs for different channels, such as ARY, QTV and ETV. This meant they had viewership,â€ Dr. Naik said. â€œNon-Muslims wonder whoâ€™s the guy wearing a coat and tie and talking about Islam. When they find a logical answer, they get hooked on the channel. Most of the spiritual channels are all talk, talk and then some more talk. On Peace TV we have more question-and-answer sessions. People enjoy it â€” itâ€™s two-way talk. On other channels people get to listen; here they have an opportunity to ask questions.â€

Dr. Naik said he was inspired by the late Sheikh Ahmed Deedat. As a young Bombay medical student in 1987, he organized a lecture for Deedat, which was the start of a long friendship â€” and mentorship as Deedat taught by example. But the relationship was informal.

â€œI wasnâ€™t formally trained by Sheikh Deedat,â€ Dr. Naik clarified. â€œIt is an assumption by some people, but my inspiration is Sheikh Deedat, no two opinions about that. In that way I am his student, but I wasnâ€™t formally trained by him. I did visit him in South Africa and stayed with him for some weeks. He called me â€˜Deedat Plusâ€™ and said I had achieved in four years what he could not achieve in 40. That was a big compliment.â€

Dr. Naik espouses a moderate view of Islam while aggressively defending it against its detractors. â€œCountering Islam-bashing is the biggest challenge,â€ he said. â€œWe Muslims are unable to present ourselves well; others are coming up with new ways of bashing Islam. We need English news channels. Our long-term aim is to have a news channel. Thankfully, the Muslim world has realized the importance of the media. New channels are being launched.â€

Dr. Naik said the reality is far different from what is portrayed in Western media. â€œThey say Islam is against women. My question is if that is the case, then why are almost two-thirds of the converts in the United States women? Why are Western women embracing Islam?â€

Contrary to the opinions of many, he equates Islam with modernity. â€œModern means what is best,â€ Dr. Naik said. â€œIslam is the most modern way of life. Islamâ€™s rules and regulations are the most practical way of life. Islam is the solution, not the problem. There are black sheep in all communities and some of the media project black sheep from among us, and then the black sheep are taken as representing all Muslims. This is sheer media manipulation.â€

Dr. Naik wonders about the integration of Muslims into other cultures. â€œMuslims are very strict in adhering to the rules and regulations of their religion. Among those practicing religion, they are No. 1,â€ Dr. Naik said. â€œThey say in England, Muslims should behave like the English and in the US like the American. How? Muslims will follow what is right and correct. In a society where dancing is common, fornication is common, dating is common and adultery is common, how can they accept those things? If, on the other hand, they resist, they are accused of incompatibility.â€

Dr. Naik continues to proselytize for his faith and tries to spread the word of God to everyone or anyone, everywhere or anywhere. â€œSince I gave talks in different parts of the world, the US, the UK, Canada and Singapore, both before and after Sept. 11, 2001, I have found there are more non-Muslims who came to my talks after Sept. 11,â€ Dr. Naik said. â€œSome come out of curiosity and some merely to attack. But there are more people who are coming to my talks. It is a better opportunity for us Muslims to convey the real message. We also find that more people are coming to Islam after Sept. 11. Despite all the efforts to suppress Islam, Islam is spreading. Initially, we thought â€˜dawaâ€™ work would be severely affected by 9/11, but it has gone ahead. Despite the media attack, there is no stopping Islam.â€ 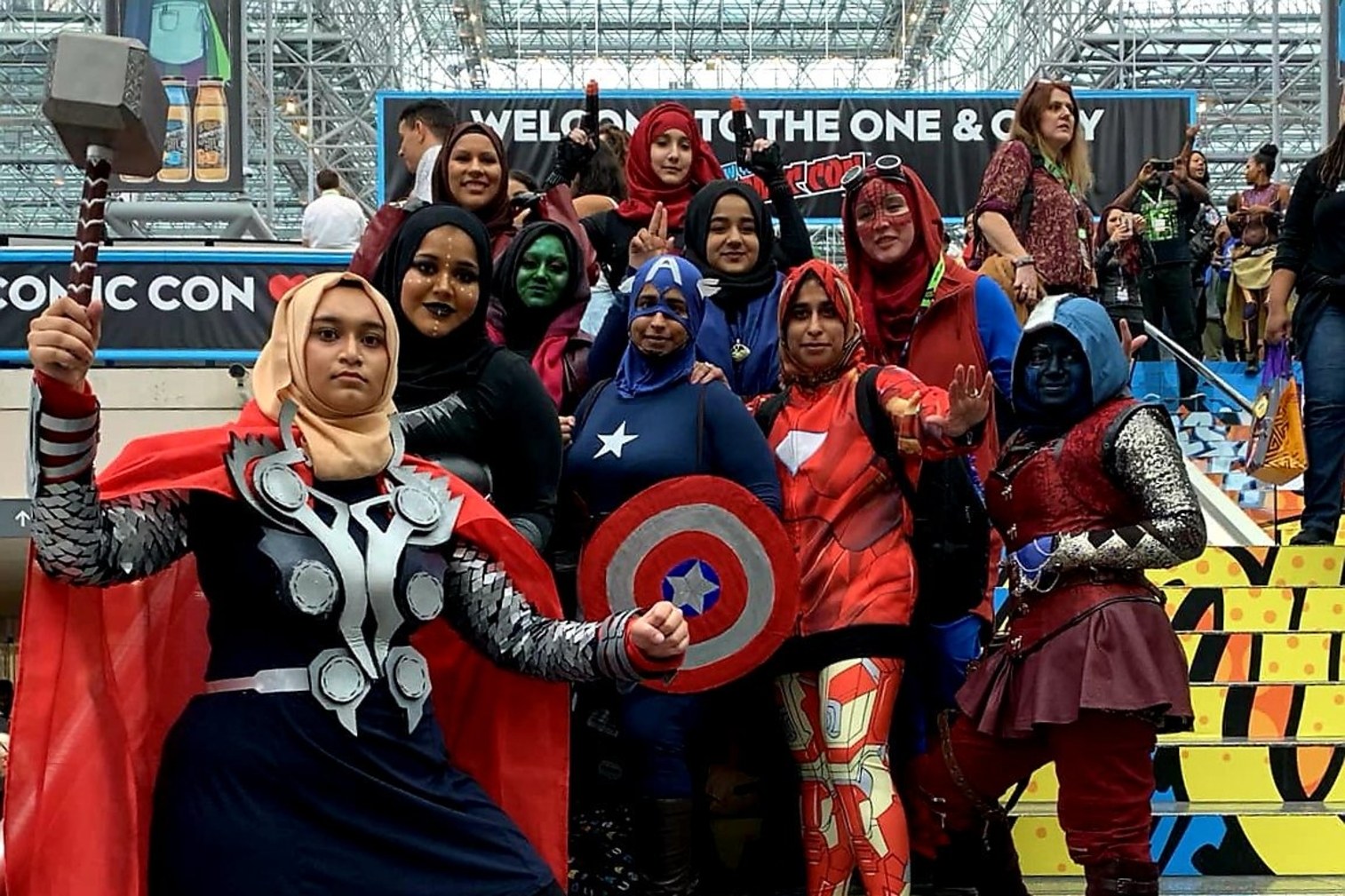 A Demonstration to Oust Assad
By Susan Schwartz, TMO Hundreds of activists in Southern California demonstrated for a free Syria this past weekend at the…

© 2017 MuslimObserver.com, All Rights Reserved
The Militants Versus the Government in Waziristan Minority â€œDevelopmentâ€ Package Aims for Political Benefits in I...
Scroll to top