The Algebra of Injustice Against Palestinian Children

– Amal Abu Khdeir was describing her 16-year-old cousin to me in an interview on Uprising.

â€œEveryone can tell you how nice a boy he was,â€ she added softly. Mohammad Abu Khdeir was found dead after being kidnapped from his East Jerusalem neighborhood of Shuafat and burned aliveJuly 2. He became the most high profile Palestinian casualty of the latest round of a decades-long conflict that has claimed the lives of thousands. Six Israelis suspected in his killing were arrested and, to date, three of them have confessed.

Israeli Prime Minister Benjamin Netanyahu made strong promises of justice soon after Mohammadâ€™s killing. He said to the press, â€œWe will not allow extremists, it doesnâ€™t matter from which side, to inflame the region and cause bloodshed. … Murder is murder, incitement is incitement, and we will respond aggressively to both.â€ But Amal was skeptical, telling me, â€œWe can only hope [for justice]. Even his parents donâ€™t think thereâ€™s going to be true justice because weâ€™ve seen time and time again that Palestinian and Israeli prisoners are treated very differently within the justice system in Israel.â€ In fact, she asserted, â€œThe justice system does not exist for the Palestinian people, unfortunately.â€

Mohammadâ€™s mother, Suha, shared her cynicism about Israelâ€™s double standards with the media, saying, â€œI donâ€™t have any peace in my heart, even if they captured who they say killed my son. … Theyâ€™re only going to ask them questions and then release them. Whatâ€™s the point?â€

Within days of Mohammadâ€™s killing, his 15-year-old cousin Tariq was the target of a savage beating by Israeli police in an attack caught on video. Tariq was apparently observing the protests provoked by outrage over his cousinâ€™s killing, when he was picked up by police. Ordinarily the beating that brought him within an inch of his life would have gone unremarked upon in the U.S. media, but it turns out that Tariq is a U.S. citizen. Heâ€™s from Florida and was visiting his relatives in the West Bank when he was arrested. After days of lobbying by advocacy groups and his family here in the U.S., Tariq was heavily fined, and sentenced to 10 days of house arrest before being released from prison.

The attacks on the two Palestinian boys from the Abu Khdeir family represent Israeli retaliationâ€”both popular and state ledâ€”for the kidnapping and killings of three Israeli teenagers whose bodies were found in the West Bank city of Hebron on June 30. A wider retaliation is now unfolding in the Gaza Strip with the grimly named Operation Protective Edge, for which 40,000 reservistsare being called up. If Israelâ€™s 2008 action against Gaza, named Operation Cast Lead, is any indication, Gazans may be in store for days of â€œdeath and destruction,â€ as this Amnesty International reportdescribed the earlier event.

What is rarely acknowledged in the news is how Palestinian children like Mohammad and Tariq pay an extraordinarily heavy price in the conflict. Before the three Israeli teenagers were found slain, Israeli forces were caught on video firing live ammunition in the town of Beitunia, killing two teenagers and injuring one, as Human Rights Watch detailed in this report. The organization, not known for taking radical positions, went as far as calling the killings a â€œwar crime.â€ But the news garnered little attention compared with the media blitz over the three Israeli boys. It also elicited no serious attempt at accountability from Israeli authorities. In stark contrast, the search for the three missing Israeli boys resulted in raids on homes, the rounding up and arrests of hundreds of Palestinians and, where resistance was encountered, the killings of nearly a dozen Palestinians including a 15-year-old boy.

Israel is the only country in the world to have a special military court for juveniles. A 2013 UNICEF report found that 7,000 Palestinian children have been â€œdetained, interrogated, prosecuted and/or imprisoned within the Israeli military justice systemâ€”an average of two children each day.â€ Itâ€™s quite likely Tariq Abu Khdeir would have disappeared into this system where boys aged 12-17 are harshly interrogated, forced into signing confessions, and sentenced to months and years in prison.

Tariqâ€™s aunt, Sanah Abu Khdeir, told me that her nephewâ€™s hands and feet were bound and that he was repeatedly beaten by three Israeli police officers. â€œNo matter whatever they claim that he was doing,â€ she said, â€œthis beating should not be justified. … These police officers ambushed and attacked my nephew and beat him. This is attempted murder. … They were out to kill my nephew.â€ Indeed the images of Tariqâ€™s badly swollen and bruised face are a visible testament to the savagery of the attack. News reports say he lost consciousness during the beating and woke up in the hospital. It was only when it became known that Tariq was a U.S. citizen and his family worked with groups like the Council on American-Islamic Relations (CAIR) to lobby for his freedom that he was sentenced to house arrest and released.

Tariq was not the only one to be arrested and imprisonedâ€”two other teenage boys were also taken into custody at the same time. Sanah related to me the list of injuries and indignities Tariqâ€™s companions have sustained while in detention: â€œA broken spine, broken arms, broken legs, no medical attention whatsoever, thrown in a jail cell and six months before they can get any type of trial or court date.â€ The only difference between Tariq and his friends is his passport. Sanah hoped that what happened to her nephew will â€œshed light on other Palestinian children and show what goes on every day.â€

Many members of the Abu Khdeir family are U.S. citizens and it was their persistent organizing and pressure on elected officials that made a difference in Tariqâ€™s case, proving that the American governmentâ€”Israelâ€™s most important benefactorâ€”holds some sway over Israeli policies. Sanah had one message for the U.S.: â€œStop funding Israelâ€™s war crimes. Stop sending tax dollars over there so that it can be [used] to kill Palestinians and further [the Israeli] occupation over the Palestinian territories.â€

Amal went further, suggesting the only way to end Israelâ€™s occupation of Palestinian territories is through organized protest that squarely targets the occupation. She told me, â€œWe need to participate in the BDS movement.â€ BDS stands for Boycott, Divestment, and Sanctionsâ€”a concerted global activist effort to boycott corporations that do business with Israel, and divest investments that benefit from the occupation. The BDS movement recently celebrated a major victorywhen the United Methodist Church, which is apparently â€œthe largest mainline Protestant church in the U.S.,â€ divested from all its stocks in a British company called G4S, â€œdue in part to concerns about the companyâ€™s involvement in human rights violations in the Israeli prison system and the military occupation of Palestinian territories.â€

Amal urged ordinary Americans to participate, saying, â€œItâ€™s not just our tax dollars. … See what you can do as a U.S. citizen to help the Palestinian people. Thereâ€™s a list of franchises that a part of their funds go to Israel.â€ That listincludes such brand names as Estee Lauder, Victoriaâ€™s Secret and Motorola, which the BDS movement urges Americans to boycott.

â€œItâ€™s sad that it had to take my 15-year-old cousin Tariq and my 16-year-old cousin Mohammad to try and make a difference, even though thousands of children have died before them,â€ Amal said. Her aunt Sanah added that there should be no more blood of children shed, â€œwhether Israeli or Palestinian. No child deserves that.â€ While Israelâ€™s â€œalgebra of injusticeâ€ (to borrow a line from writer Arundhati Roy) equates one Israeli life to hundreds or thousands of Palestinian ones, the time is now to demand that Palestinian childrenâ€™s lives are valued as much as Israeli childrenâ€™s lives.

The Teacher is No Longer There 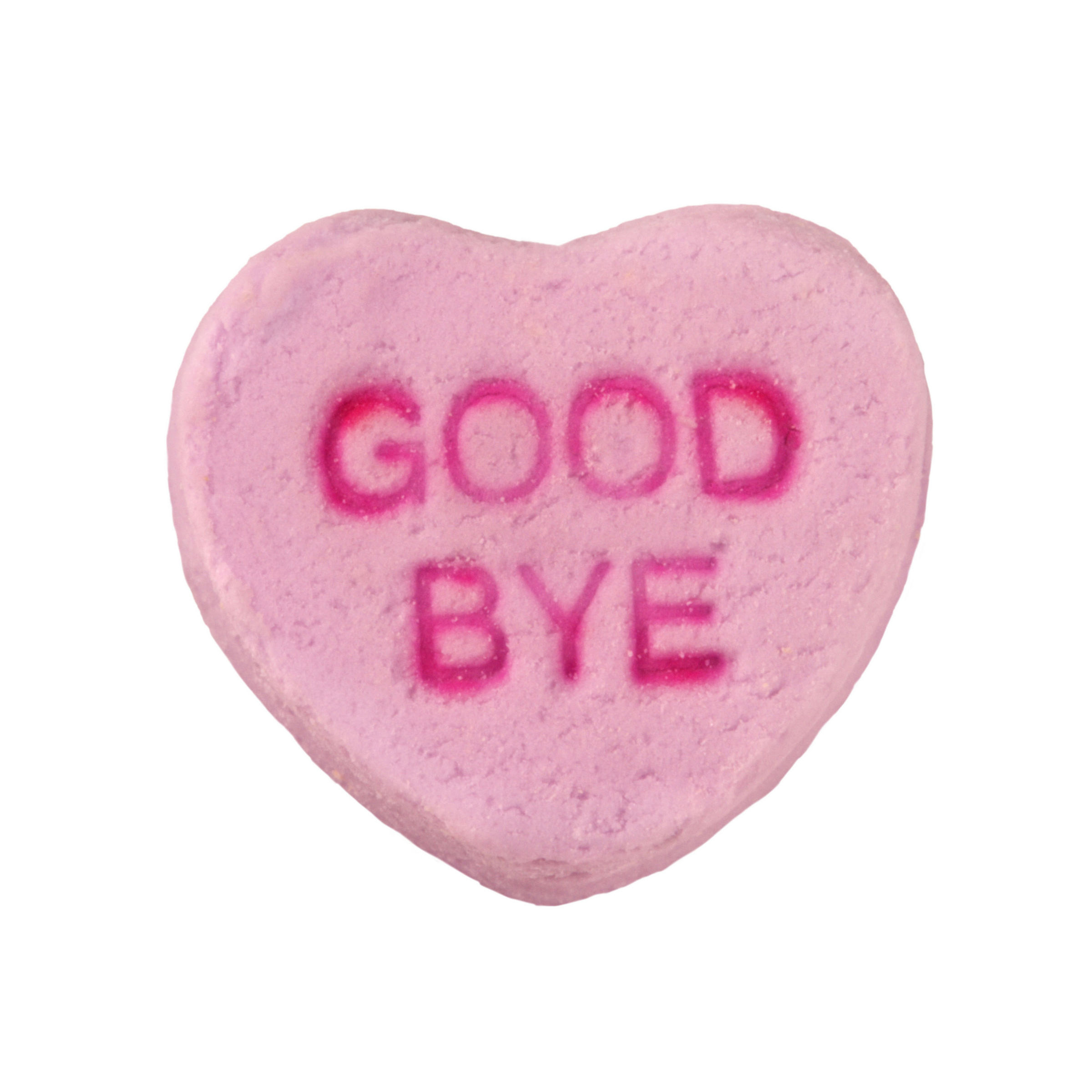 A Look at the Manipulations of the Mainstream Media