The Muslim issue nobody wants to talk about 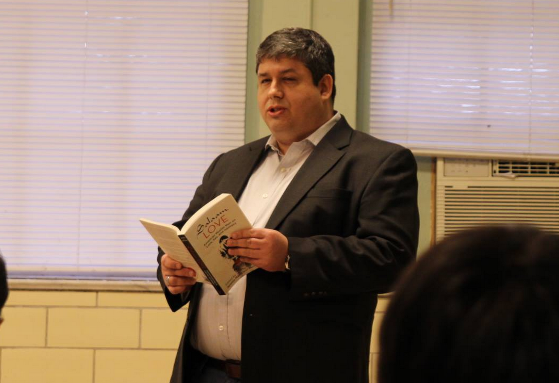 I recently wrote an article about the travails of being a convert to Islam.  About the frustration, cultural appropriation, and even judgementalism that takes place for converts.  But I also wanted to write an article about something that Muslims like to ignore.  Racism and ethnic isolationism that takes place within the American Muslim community is real, and we cannot ignore its corrosive influence both within the community and how it mirrors very real problems outside the American Muslim community.  I’ll be focusing this article on America, but this problem is global and what I discuss applies equally internationally.

For many American Muslims this is a subject that elicits discomfort.  I have been told too many times, “brother, Islam does not have racism.  Please do not talk about this as you are creating fitnah.”  The problem is that if nobody is talking about it then it is an unacknowledged problem and we are simply allowing it to continue.  Racism and ethnic isolationism within the American Muslim community is keeping us from becoming stronger, more organized, politically significant, basically all the things that a community over 7 million strong needs to be taken seriously in America.  If we were an organized grouping would politicians feel impunity in making negative comments about us or questioning our loyalty?

I was first exposed to this shortly after converting/reverting/subverting to Islam.  I learned how to pray and do everything through the lens of the Arab family that “adopted” me after I converted.  I remember becoming deeply disillusioned quickly with the extremely Salafi Imam at the mosque I attended and when I learned there was an African-American mosque across town I was intrigued and decided to visit it.  This was a mosque associated with W.D. Muhammad’s post-Nation of Islam movement.  The mosque was small but clean and had a Clara Muhammad school alongside it.  The Muslims there were very proud of what they had built.  I began attending and enjoyed beautiful, uplifting khutbahs.  But I also experienced the race issue immediately – the Arabs at the mosque I had converted at told me that they were “not real Muslims” and that they would lead me astray.  Equally troubling was that while the Imam at the African-American mosque was warm and welcoming of this strange blue-eyed white Muslim who showed up unannounced, I was treated with deep suspicion and even grumbling hostility by some of the older members of that community.

As I have progressed through my life and my Islam and have moved to California and resettled in Georgia later, and during business trips having found mosques in Arizona and Indianapolis or New York.  I see the increased atomization of the Muslim American community.  Within the larger Atlanta GA Muslim community are approximately 27 mosques.  Several are mono-ethnic, meaning that the mosque is Desi (South Asian), African-American, Arab, or Bosnian.  I am not naïve, I know that people especially arriving immigrants wish to associate with people who speak their native tongue and who know their cultural touchpoints.  This is a natural tendency, but a community that exists only for one group excludes those that do not belong.  Or even if it does not mean to exclude them, others that attend the mosque do not feel welcome.

There are already historic separations between Sunni and Shia Muslims and mosques, when working together without judgment would be better.  But this racism and ethnic isolationism is far more damaging for the American Muslim community.  It means that we do not take the time to understand each other, and it also means that issues that effect one group of Muslims are not seen as important or misunderstood by another group.  A good example of this would be the #BlackLivesMatter movement, where many African-American Muslim activists and mosques have championed this initiative to confront police brutality and decades of abuse and the mass incarceration movement.  This is a movement that is real and is trying to make a difference.  And yet I have heard Desi-American Muslims saying that this “has nothing to do with them” and dismissing their grievances.  I have heard Arab Muslims stating that “those Bosnian Muslims are not good Muslims” and that is why they won’t meet them or commemorate the horrors of the Bosnian war with them.

One of the first things I remember being talked to about as a Muslim was an Arab man reminding me that Palestine and Kashmir matters because the Muslim Ummah is like the body of the entire community and thus if one part suffers then the whole “body” feels the pain.  If this is true in our anger over abuse in Palestine or Kashmir or Myanmar – why are the grievances of African-Americans not important?  As Muslims is one group’s suffering greater or more important than another’s?  If the victim loves gulab jamun and eats biryani does that make them more sympathetic to you then the Muslim victim that eats a bean pie and wears a Malcolm X t-shirt?

Racism and ethnic isolationism is a very real problem within Islam in general, but specifically within the American Muslim community at large.  Bringing prejudices with you from your immigrant communities should be checked or dropped when you enter a new society that is made of 300 million people all of them also immigrants or descendants of immigrants (regardless of how long ago).  The American Muslim community could become a huge voting block that can sway elections and influence the course of political discussions in America.  Right now we can do nothing except have conversations around our dinner tables complaining about Islamophobia and shaking our heads at candidates we have to choose from – all of whom have varying degrees of ignorance of Islam.  We are divided when unity is called for.  We are busy arguing about what community is more Islamic while others outside of our community are busy deciding our fate.

It is time to call it what it is – racism within our mosques and/or ethnic isolationism within our mosques.  And pretending it is not there or that we are rocking the boat to point it out is both wrong and unhelpful to the larger community.  If we are to be successful and show America how wonderful we are, how we are not a threat but a contributor to all that makes America great then it is beholden on us to strip away these views and find common ground across race and ethnicity.  Muslims already divide themselves over Mathhab, over Shia/Sunni, over treatment of women’s spaces within mosques.  By adding this additional layer, it leaves us hopelessly separated and easier to ignore and opens us up for abuse from the larger non-Muslim community.

Editor’s Note: Alan Howard is an operations manager, interfaith activist, and volunteer with the Islamic Speaker’s Bureau in Atlanta, GA.  He is raising a teenage son.  The views expressed here are his own.

Grasshoppers
The grasshopper is an insect of the suborder Caelifera in the order Orthoptera. To distinguish it from bush crickets or…

Lady Warsi Gets Rapturous Reception at Vatican for Speech on Faith

A secret Muslim president? Been there, done that.
Scroll to top