The Road to Makkah 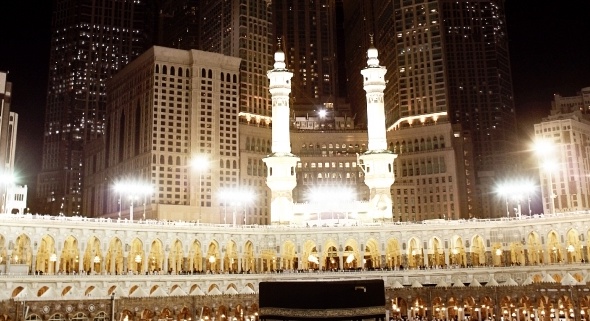 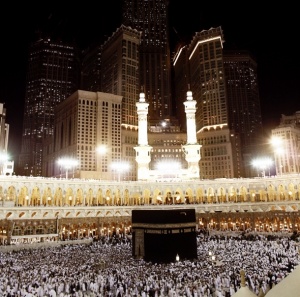 The last time I had visited the holy cities of Makkah and Medina was more than 10 years ago. But it seems like yesterday, with the memories of my young children circumambulating the Kaaba and earnestly praying still fresh in mind. My son looked cute in his ihram (the two-piece unstitched cloth that pilgrims wear during Hajj and Umrah rites).  It’s a shame I couldn’t capture those memories of a lifetime on camera.

In the past few years, I have twice booked my tickets but couldn’t go for some reason or the other.  But, as they say in Urdu, jab tak uska bulawa naa ho aap kuch nahin karsakte (unless He summons you, you can’t make it on your own). That’s why I had been breathlessly excited when the plane landed at Jeddah’s King Abdulaziz International Airport.

After what seemed like an endless wait on the tarmac in the airport shuttle, we were finally taken to the dedicated Hajj terminal where serpentine queues of pilgrims waited for their turn at the immigration counters.

Most of those manning the immigration counters were young Saudi men in khaki.  ‘Our’ guy appeared to be particularly jovial with perfect bedside manners of a good doctor. He spent considerable time chatting up each pilgrim. Suddenly, he got up and thoughtfully examined his stamps and didn’t seem to like what he saw. He came out of his cubicle with those and disappeared.

The official at the next counter would excitedly come out of his cubicle every few minutes to greet each pilgrim with a welcome grin and point to his wrist watch perhaps suggesting his shift was about to end and that they’d better hurry.  The groups of pilgrims who were probably Palestinians or Syrians pleaded with him to let them in before leaving. He obliged by quickly photographing and fingerprinting them before excusing himself with a generous smile to a waiting family of Emirati pilgrims.  Those manning other counters soon followed him.

It was a while before the next batch of officials soon took over and elaborately went through the whole process of photographing and fingerprinting the new arrivals.

One saw throngs of pilgrims everywhere, men in stunning white ihram and women in traditional attire. Large queues of buses and vans were waiting to take the faithful to the holy cities of Makkah and Medina.

An eager-looking, talkative Saudi came on to me as if he had been waiting for me for some time. He insisted on escorting me to his waiting cab.  It took a while persuading him that my brother was waiting for me out there. Which he mercifully was, waiting patiently with his young children in his car. It was hot and the March sun was unforgiving.

The next day we all left for Makkah early in the morning hoping to catch the Friday prayers. The first glimpse of the Kaaba, the first house of worship built by Abraham — his progeny propounded the three great monotheistic faiths, Judaism, Christianity and Islam — and his son Ismail (Ishmael), is special, the moment when prayers are answered.

I was too awed by the breathtaking sight of the magnificent, black cubic structure that has attracted endless sea of humanity since time immemorial to remember any prayers.

The awareness that this is where the noblest of prophets, from Abraham to Ismail and the last link of the chain, Prophet Muhammad – peace be upon them – worshipped bears down heavy on you. This is where Islam and its greats were born, faced existential struggles, and eventually prevailed.

This is where Abraham left his wife Hajrah (Hager) and baby Ismail after being ordained by Allah when there was nothing here – literally.

There was no shade and no vegetation in sight and not a drop to drink. Ismail’s anguished cries and hitting on the ground of his tiny heels brought forth Zamzam, the little stream that has flowed for thousands of years and continues to quench the thirst of millions of pilgrims each year and is one of Allah’s living miracles.

This is where Ismail offered himself in sacrifice when Abraham was ordained to do so. The pilgrims and believers around the world celebrate the epic sacrifice of the patriarch and his son during Hajj every year.  This is where the Prophet after being hounded and persecuted for 10 long years, returned following the conquest of Makkah with a humility that remains unparalleled.

We started our Umrah soon after Friday prayers.  It was hot and yet as crowded as ever. The sight of thousands of pilgrims in white endlessly circling and surging around Kaaba perpetually chanting Labbaik Allah humma labbaik Labbaik la sharika laka labbaik Innal hamda Wan-ni’mata Laka walmulk Laa sharika lak (O my Lord, here I am at Your service, here I am; There is no partner with You, here I am; Truly the praise and the provisions are Yours, and so is the dominion and sovereignty; There is no partner with You) is strangely moving.

Men, women and children, black, brown and white and Arabs and Ajamis bound together in an invisible bond of faith and humanity.  There are no distinctions whatsoever of color, birth, or status.

It is the same at the Masjid Nabawi in Medina which became the center of the new faith after the Prophet migrated to Makkah. Within 13 years, Islam conquered the whole of Arabia and beyond, humbling powerful empires like Persia and Rome.  This is the mosque from where the Prophet’s successors and the caliphs ruled the world in utter simplicity.

In Medina too the sea of humanity never seems to ebb. There is a distinct difference between Makkah and Medina though.  At the Grand Mosque, you are overwhelmed by the all-conquering majesty of God.  On the other hand, Medina is the city of love and light, as the Arabic word al-Munawwara defines it.

The fact that the last messenger lies resting here makes Masjid Nabawi truly special. No wonder the faithful get incredibly emotional, especially those from the subcontinent. The Saudi police have a hard time controlling the surging crowds of Indians and Pakistanis.

The knowledge that you are praying where the Prophet led prayers for years and who now lies buried only meters from where you are makes the whole experience surreal. A strange sense of peace and serenity descends on you.

Medina is a state of mind. Few remain in control of their emotions or tears after entering the Prophet’s city that welcomed him when his own people had rejected him.  It still welcomes everyone with open arms.

The past few days spent here among the believers have been some of the best in a long, long time.  The open, balmy nights spent in the endless courtyard of the Prophet’s Mosque and at the Grand Mosque watching the faithful at their pious best have been divine.

This is a world far removed from the maddening crowd of ISIS, Boko Haram and other abominations that claim to be the defenders of the faith although they are as different as chalk and cheese.

What will it take for the world to discover the true, liberating message of the faith? Islam remains the fastest growing religion on earth and is set to overtake Christianity with the largest number of followers. Yet it is perhaps the least understood of all, largely thanks to its own so-called followers.

Extremism has emerged as the greatest existential challenge to Muslim societies everywhere and a blemish on a faith that came as a blessing to all mankind and claims to have answers to all its problems.  Those who came to serve and save humanity can never be the cause of its misery.

Aijaz Zaka Syed is an award winning journalist and former editor of Khaleej Times. He writes on the Middle East and South Asian affairs and tweets @AijazZakaSyed and can be reached at aijaz.syed@hotmail.com 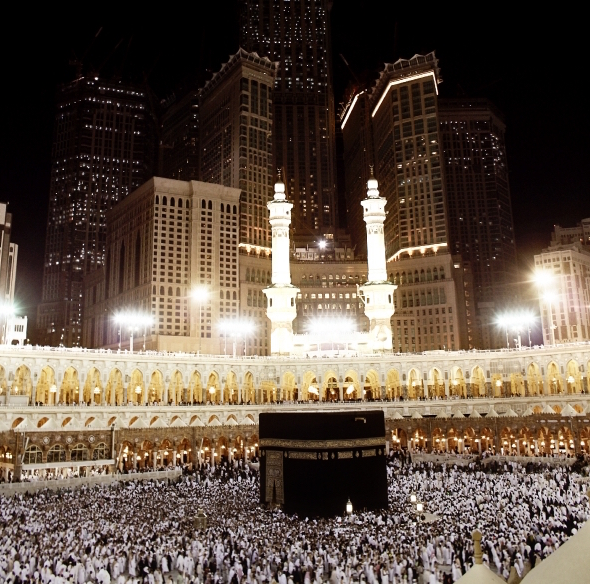 Why Do I Want to Be a Journalist?

The Dangerous Fantasy of the Caliphate

India builds a wall to hide its poor days before Trump’s visit, leaving thousands homeless
by Aysha Qamar India’s Prime Minister Narendra Modi is often compared to Donald Trump, especially when it comes to his…

The Israelification of Law Enforcement

Peanut Butter: To Eat or Not to Eat?
Scroll to top